Tequila is an awesome drink – it means “party on!” in every language, has a mystique that attracts the ladies, it makes you look like a bad boy, while delivering a taste, tingle and buzz of sophisticated flavors that are best appreciated with some age – it’s the perfect drink for guys like us.

While I’ve long touted the virtues of the delicious Italian cocktail – the Negroni – it’s no secret to those who know me that I’m a lover of alcohol in many forms – scotch, wine, beer, and tequila.

On a recent mid-winter trip to Mexico, I took advantage of the so-called family “vacation” (ie: chasing my girls around the pool and beach from dawn till dusk) to reward my well earned efforts as “holiday dad” with multiple and repeated doses of the best tequila the bar had – in my case a Don Julio reposado (often splashed with mescal) and chased with a beer. 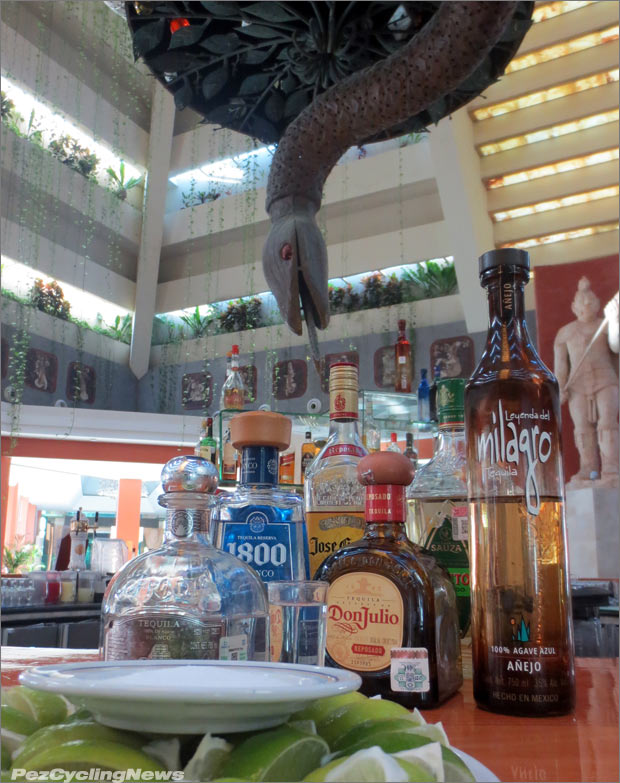 A key part of any holiday south of the border, enjoying good tequila should not be limited by your vacation days.

If you’re like me, you’ll recall high school or college era drink-fests where tequila shots were served up when the most serious inebriation was called for. Taste was not a factor as back then the only stuff available in Canada was an incendiary mix of gasoline and rot-gut, but the 40 proof libation ensured hours of debauchery, courage to make your play with any/ all persons of female persuasion (or otherwise), and an excuse for jack-ass-like behavior when attempts at “gettin’ some” proved unsuccessful (as in my case, they usually did). Tequila was back then a single purpose drink… it burned going in, going down, and coming out. It was horrible, but as is the case with persons in the 18-25 range, and key part of growing up. But things have changed…

Gotta Love The Hard Stuff
I first tasted hard alcohol at home – where Sunday evening scotches were a ritual for my parents. I can still remember the peaty smell, the clink of the ice cubes, and a flavour that was worse then medicine. My parents didn’t mind me trying it – as the taste alone was enough to ensure I’d stay well clear of the hard stuff. 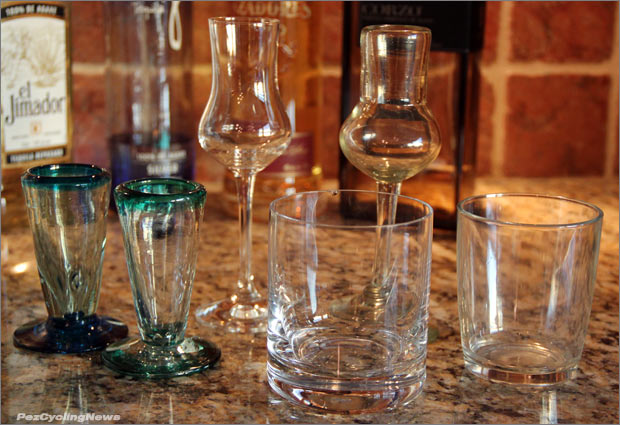 While many glasses are well-suited to the task, I prefer a glass with a nice weight, that will hold at least 2-3 ounces – save you time on the refills.

As a waiter in my mid 20’s, my tastes for alcohol broadened and I acquired a taste for scotch like my parents. This eventually led to a curiosity that if the Scots were making good scotch, could the same be happening in Mexico with tequila? And so began a journey that became another passionate affair that continues today – my love of drinking good tequilas.

The drink is made from the agave plant, which imparts its distinct and delicious flavors taken from the sap of the pineapple-like heart of the blue agave plant. Tasting like nothing else on the planet, it inspired the Mexican government to regulate tequila production as a way to maintain and improve the quality of their greatest export. 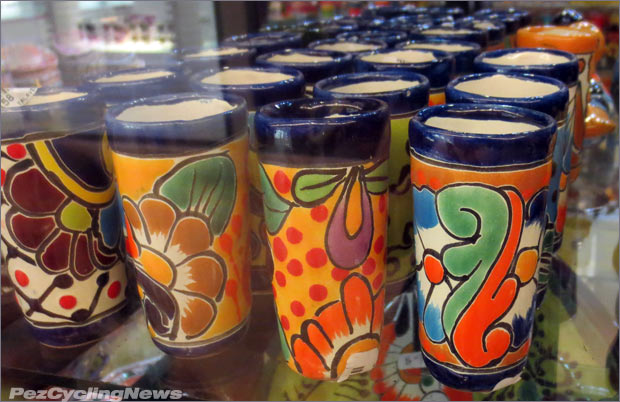 Tequila drinking lends itself well to colorful and unusual vessels.

Tequila production in the last 20 years has evolved incredibly, as commercial interest saw that Mexico truly had something unique and profitable to offer the world. There are now hundreds of brands offered by a variety of producers from artisanal to industrial. I’ve been in bars that list 300-400 different kinds on the menu, I’ve seen bottles priced above $1000US, and now aged in various types of wood and for longer periods to impart mellower and more sophisticated flavours.

Gone are the days of shooting the stuff and hoping for the best as my habits have evolved to a much more adult approach of sipping, enjoying the flavours and sensations of each mouthful, and even controlling my buzz one sip at a time. The best part, is that I’ve reached a point where I actually can taste the differences between different ages and types of tequilas, and even have a list of favorites. 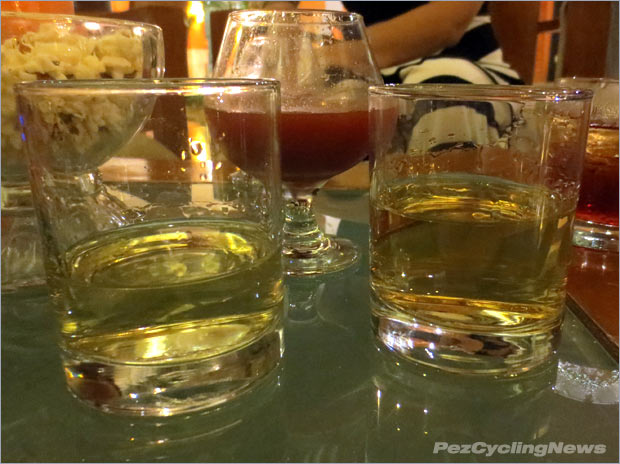 Pour yourself a big glass, you’re not in a rush.

You Need To Know
Tequila comes in different types which are generally defined by their age: silvers (or blancos) are the newest and freshest product of the distillation process; reposados have generally been aged (rested) around 3+ months in some kind of wood, and take on a light golden color, while anejos (means ‘aged’, say ahn-ya-ho!) spend anywhere from 6 months to 3 years (or more) in barrels of various woods, and are smoothest, most flavorful, and priciest of all.

Silver (or blancos) is what most of us tasted first, and remains my go-to when shots are required. It’s the best way to get a buzz on fast, because as the most botanically flavored type of tequila, there’s just not much reason to sip it. I also recommend it for mixing in margaritas, or anything other cocktail where a good kick is preferred over taste.

Beware of things like ‘triple-distilled’ on the label – while a 2nd or 3rd run through the distillation process does remove more impurities, resulting in a ‘smoother’ tasting drink, it’s those impurities that contain the flavor. So I question the point of drinking any booze that has no taste.

Also watch out for any brand of tequila produced by a celebrity – Cabo Wabo is a great example of a big let down: started by Sammy Hagar, the quality was barely good enough to pass muster on a Spring Break road trip to the tip of the Baja – (although I’m sure its consumption resulted in enough bared breasts over the years that no one complained) but in recent years the brand has enjoyed an increase in quality thanks to new owners. I also found the Avion brand distinctly underwhelming after my hopes were raised when it appeared in a storyline in the tv series Entourage. Apparently Justin Timberlake owns a brand called Tequila 901, something to do with the night starting at 9:01 PM – oh yeah and it’s triple distilled – so buyer beware.

Reposados are favored by my Mexican friends (there’s a small but growing enclave right here in Vancouver). These are known for good flavors (more complex than blancos), thanks to some time aging in wood, but still retain enough of the original agave taste so you know where it came from. Reposados are also good value in the taste / age/ smoothness/ price quadrant. (Keep a bottle on hand for the in laws…) While a few can be very expensive – in the range of a good anejo – most should be affordable for your home, and don’t cost the whole enchilada if you’re drinking at the bar. They’re also great for taking your margarita up a notch, or when mixing a cocktail where boozey flavors are meant to be distinct.

Anejos are considered the most sophisticated and can offer the most complex flavors, ranging from caramels and vanillas to mellowed but distinct agave. Like good whiskey, tequila benefits from aging, where time in the cask allows more sublte flavors to develop and appear, colors to deepen, some acquiring even a brandy-like quality.

I keep a few bottles on hand, but prefer to finish what’s open before I crack into another one, because if not sealed properly, the alcohol will evaporate over time, changing the taste. Now this can take a few months, but I learned my lesson some years ago with a bottle of a Don German anejo I bought in Puerto Vallarta at an awesome tequila bar called “Tequila”. The stopper didn’t seal properly, and since it cost $80, I thought I’d drink it only on special occasions. Having it deteriorate in the bottle was a hard lesson to learn – but proper sealing is important. 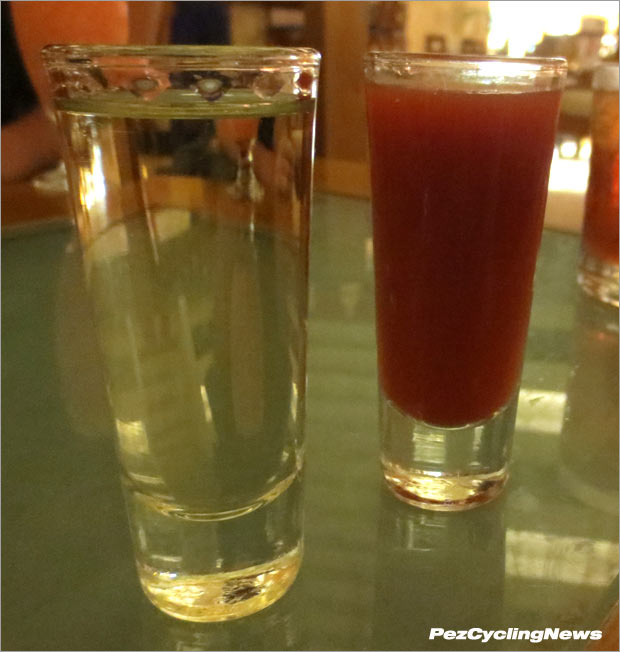 Sipping a shot of tequila goes down real nice with an accompanying glass of sangrita – a spicy citrusy concoction of vague origin.

Drinking Tips
I know you’re thinking any time is a good time for tequila – but in fact that’s not always the case. I love it before dinner, as an apertivo, and usually with a cold beer alongside. I take mine in a nice glass, always neat. The lime goes in the beer not the tequila, and salt should never be taken with any drink worth tasting. Good tequila is meant to be sipped. I love it during dinner too, and it goes especially well with Mexican food (duh…) or sushi. As an after dinner sipper, it might be too strong, but taking a flask full to a party is never a bad idea.

Drink it at room temperature, never chilled. Chilling it only inhibits the flavors, nullifying your prime objective – which is to enjoy the sensations of fine taste on your mouth.

Choose a decent glass – something you want to hold in your hand, something with some weight to it. Shot glasses are cool but don’t allow for full appreciation of the aromas and textures a fine tequila will afford when held in the right vessel.

Try it with sangrita (no I did not say ‘sangria’). Make your own with tomato, orange juice, some chiles piquin and lime juice.

Cocktail hour at PEZ-HQ is a daily ritual that marks the transition from work to family, or day to dinner, or whatever is convenient. And frequent doses of tequila offer a fine reward to a successful day’s work.

PEZ-Reader response to my negroni Reports has over the years proven that there’s a growing and significant portion of you who share my love of a good drink, whether for celebration, consolation, or inebriation (although hopefully less of the last two.) So drop me a line and let’s hear from you tequila drinkers out there – !