How many times have you been exhausted in a race only to see your partner or teammate on the side line screaming and cheering for you; or even a wall of strangers on a climb screaming and motivating you along? Didn’t it give you that EXTRA something? Sometimes that extra something is all you need to bridge the gap, make the break or cross the line first. Can a hit of sugar be that motivator?

Good Overall Nutrition Comes First
The goal of most competitive endurance athletes is to get to the finish line first and freshest, in order to win their competition. In order to do this, athletes have to have a sound nutrition plan that will send them into their race with optimal carbohydrate stores, referred to as glycogen stores. This can be achieved with proper rest leading into the race, as well as carbohydrate loading in the last 24-36 hours pre competition.

We know thanks to sports nutrition research, that there are performance advantages for consuming carbohydrates during prolonged moderate to intense endurance exercise lasting over 90 minutes.

By entering an event with topped up glycogen stores, consuming 60-100 g of multiple carbohydrates and hydrating during longer 90 minute plus competitions, athletes can decrease the onset of fatigue, allowing them to push harder for longer. These are well known practices in the endurance sports world. 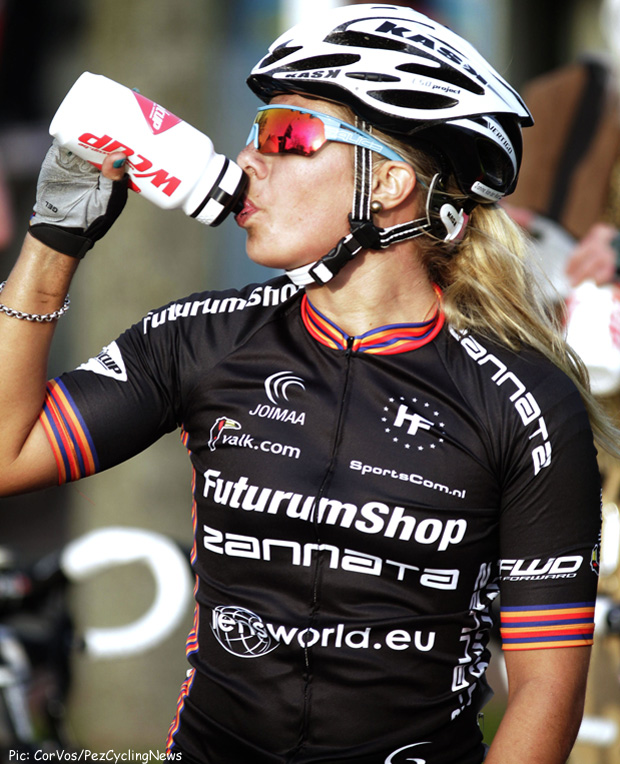 Carbohydrates for Short Term Exercise
What has been given less attention is the capability of carbohydrates to improve performance in shorter events of one hour in duration. It would take approximately 90-120 minutes to totally deplete glycogen stores (in an athlete with appropriate carbohydrate stores), with moderate to intense exercise.

Logically we could assume then that a properly fueled athlete would not deplete their glycogen stores in 60 minutes of moderate to intense exercise or even significantly lower their blood sugar levels. From here we could assume that consuming carbohydrates during such a short event would not improve performance. Research has proven otherwise.

Studies by both Pottier et al (2010) and Jeukendrup, Jones and Carter (2004) looked at athletes during intense one hour cycling sessions while following a carbohydrate mouth rinse protocol. In both studies, the cyclists only rinsed their mouth with the drink and then spat it out, so there was no hydration effect with carbohydrate or placebo, and also minimal to no carbohydrates absorbed into the body. Subjects who used the carbohydrate sports drink mouth rinse had significant performance improvements.

If we know this is not related to glycogen stores and blood sugar, then what is happening to improve performance?

Carbohydrate Mouth Receptors?
The reasoning for improved performances may be based on the central nervous system (CNS). The theory is that carbohydrate receptors in the mouth are sending a message to the CNS that sugar is on the way. Although the mechanisms are not exactly understood, this is improving athlete motivation and reducing central nervous system fatigue. How does this change how an athlete may execute their nutrition during competition?

Previously one may have said, “It’s an hour long crit or 40km TT, I don’t need to drink or eat anything”. Well, perhaps something to reconsider based on the evidence.

Summary
As we know, the mental aspect of sports is a huge component of an athlete’s success. When research begins to show statistical improvements in performance from practices that are affecting the CNS, we should pay attention.

Why not put a bottle of carbohydrate sports drink on your bike for that crit or TT? If it can shave precious seconds off your time or give you that extra motivation and drive for the finish sprint? If the TT has a climb and reaching for a bottle will not compromise your speed, it may be very well worth your time. Even if it doesn’t have a climb, the question remains, will the seconds you may lose reaching for your bottle be less than the time you can gain for taking a sports drink?

Maybe reconsider leaving those bottle cages empty for your next 1 hour event. You may need that little extra something after all?

About Anne:
Anne Guzman is a Registered Holistic Nutritionist and Sports Nutrition Consultant with a degree in Kinesiology. Her passion lies in Sports Nutrition for endurance athletes as well as general health and wellness. Anne raced full time on the women’s Professional circuit in North America with some bouts in Europe from 2008 until 2011 and previous to cycling was a Provincial and CIAU Champion and National Bronze medalist as a Varsity Freestyle Wrestler. Currently Anne works with athletes helping them reach their potential by combining their own training plans with her nutrition plans. Anne believes that many athletes undermine their intense detailed training regimes by not backing them with sound nutrition. Her personal experience as a cyclist and athlete is a great asset to her business as she understands the needs and nuances that come with the sport. Currently Anne works with Peaks Coaching Group as well as her own business Nutrition Solutions Anne Guzman. You can follow Anne on twitter or her facebook page.

California Dreamin’: Looking Back At ATOC’14