The Tour is won by the best cyclist, and that includes on and off the bike. Eating well and properly is not only good for the morale, but it’s critical in ensuring adequate recovery for another day of hard effort. What do elite cyclists do in terms of eating and energy output over the course of a hard stage race?

How I Spent My Summer Holidays
For many of us, a highlight of the cycling year is a multi-day cycling event. For some, it’s a stage race. For others, it’s a bike tour. As we know, one of the keys to making such events tolerable, let alone enjoyable, is good food. I’ve just returned from a month in Europe, highlighted by cycling in Provence and up Mont Ventoux to celebrate my Dutch pal Eric’s 50th birthday.

The nearly 15 h of hilly cycling over 3 days in searing heat left a big hole in my appetite and not a lot of food left on the table! Regardless, my weight stayed pretty steady even after the trip, a testament to our overall innate ability to balance fluid and energy intake with output.

Cyclists, more so than even other endurance athletes, have this aura of being omnivorous in terms of being able to eat anything and everything in sight. While there’s obviously a limit to how much we as recreational and competitive cyclists can devour while keeping decent health and a reasonable weight, it’s generally tough to ride long and hard and eat enough to gain a huge amount of weight.

Bean Counting
To really track your energy intake and expenditure, it takes some time, equipment, and effort. Most of us don’t have the desire and motivation to go to the effort of weighing/quantifying our food and counting our calories each day. However, if weight management is your goal, it’s worth it to occasionally do so for a couple of days just to get an idea what and how much to eat. Besides the actual information itself, keeping a diet log is an excellent example of self-correcting behaviour, because the thought of having to write down that you ate a giant bag of chips or a tub of ice cream is often enough to deter you from doing so!

From the energy expenditure side, the advent and popularity of power monitors have made this half of the equation much easier to calculate. By quantifying the actual kilojoules of energy applied at the cranks/BB/wheel, we can generally assume that this is also the rough amount of kilocalories that we’ve used.

Why? Well, 1 kCal = 4.17 kJ. And the efficiency rating of our body is about 20-25%, which may be different between cyclists but hasn’t been proven to really change in a single rider over time or with training. An efficiency of 20% means that, for every 1 kJ applied to the bike as mechanical power, our body had to “burn” 5 kJ of total energy, with much of the remaining 4 kJ converted to heat. Therefore, unless you can get your actual personal efficiency calculated in an exercise science lab, you can roughly say that 1 kJ of power to the bike means that you’ve burned up 1 kCal. 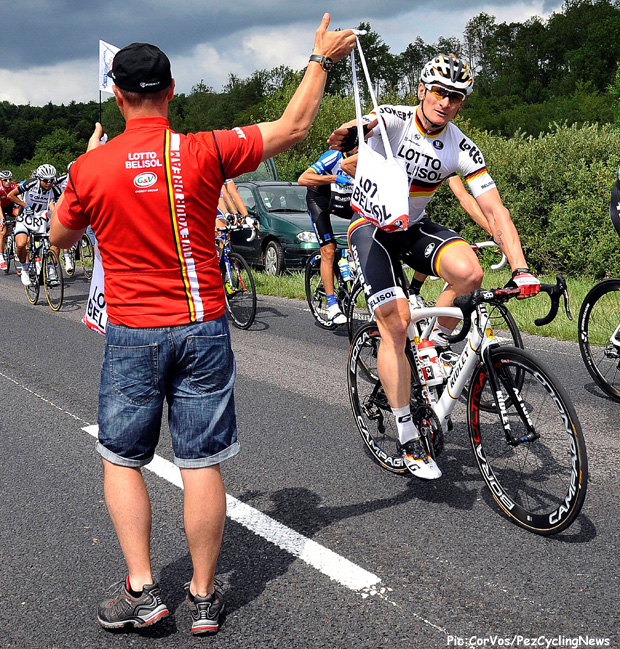 Tour of Southland
While the demands of being on the road and racing makes it scientifically very challenging, it’s always interesting and instructive to see what high level athletes do in actual races. Studies in the late 1980s and early 1990s published information on the dietary patterns of pros in the Tour de France and other top professional races. If nothing else, such studies demonstrate that top pros are world champion eaters in addition to pedal pounders, consuming in excess of 8,000 kCal during some stages. Just the simple ability to digest and process that much food and not getting sick is an amazing feat in and of itself!

A recent study to track top level cyclists competing in stage races comes from New Zealand, tracking competitors in the very tough Tour of Southlands during November 2005. The study was conducted by Nancy Rehrer at the University of Otago (Rehrer et al. 2010); long-time readers may recall I spent two months there during my first sabbatical year. The roads on the South Island are rough and energy sapping, apart from being ridiculously hilly. Toolbox contributor Josh Horowitz also raced it in the early 2000s.

Check Out the Menu
So what did the study do?

• Southlands is the toughest stage race in New Zealand. Ten stages take place over 6 days, including a TTT and an individual TT. South Island is often extremely cold and windy, along with the bad roads I mentioned above. Not a walk in the park.

• PowerTap hubs were used during racing to quantify mechanical energy. Energy expenditure was also quantified using double-labelled water. In essence, this technique uses stable isotopes of hydrogen and oxygen as tracers, and detecting the amount of these tracers throughout subsequent days gives us information on metabolism.

• Here’s the logistically challenging part. Three nutritionists planned, purchased, prepared, and quantified ALL the food consumed by the five cyclists over the course of the race. This included both race food, snacks, and regular meals. Subjects were allowed to eat ad libitum with no restrictions on amount.

How Much Did They Eat?
Unfortunately, one cyclist crashed and dropped out on the second day, and another abandoned from exhaustion on day 4. The first subject was completely removed from data analysis, and the second subject had their values calculated over the days he was in the race. This highlights the challenges in working in field settings.

• Interestingly, every cyclist had pretty stable weight every day throughout the Tour. On average, there was a loss in fat mass and increase in lean mass. Therefore, do not go by simply the scale itself if your aim is to improve health and decrease weight with cycling. Even if your weight doesn’t change, chances are your body composition is improving.

• Plasma volume generally increased by 179 mL over the course of the Tour, with a consequent decrease in hematocrit values.

• Exercise energy expenditure was about 62% of the total energy expenditure over the race. Energy intake averaged 27.3 MJ, or about 6500 kCal. The self-selected diet overall was the “typical” high-carbohydrate diet common to many endurance athletes, with 64% carbohydrates, 15% protein, and 16% fat. 80% of the food was “real” food, with the remaining 20% as supplements (gels, drinks, recovery drinks, etc.).

Summary
Overall, the diets of these cyclists are in line with the existing literature on Tour de France riders in terms of absolute energy consumption. Despite the shorter stages and slightly lower competition level, the presence of multiple daily stages and the difficult conditions still made it an exhausting effort metabolically.

Note that this was the first study to truly quantify energy expenditure, whereas previous studies relied on self-reported diet logs (which can be full or errors). That accurate quantification has been the most unique addition from this study. What may ultimately limit stage-racing or ultra-endurance sports is the ceiling for energy intake, and we have no firm data on that ceiling. But at least in this small sample, we know that fit cyclists can digest and process 27 MJ of energy – very impressive in its own right.

The other notable finding is that, despite all that exercise and energy turnover, subjects could maintain pretty good energy balance. This suggests that humans are pretty good at subconsciously regulating their appetites to match their work output even under extreme exercise stress. So one thing to keep in mind is to trust your appetite, and learn to distinguish between actual needs in terms of food intake versus simple “wants” or impulses (i.e., one good cookie is a good reward, but are a dozen really justified?). It must be noted that it’s not always the case that athletes have trained nutritionists with them at all times, and this may have skewed the subjects towards eating better than if they were left to their own devices.

Finally, it’s interesting that, despite the hard effort, the cyclists were able to decrease their body fat mass and increase their lean mass. Overall, this resulted in minimal actual weight changes As written above, if health is a concern for you, then don’t obsess about the scale and simple body weight as a health determinant. What’s more important is that you’ve improved your body composition through regular cycling.