Toolbox: The Sands of Time

40+ Guys like Chris Horner and Jens Voigt, along with many riders in their mid- to late-30s, are continuing to tear up the pro circuit. While age inevitably does catch up with all of us, how do we fare in cycling performance over the years? 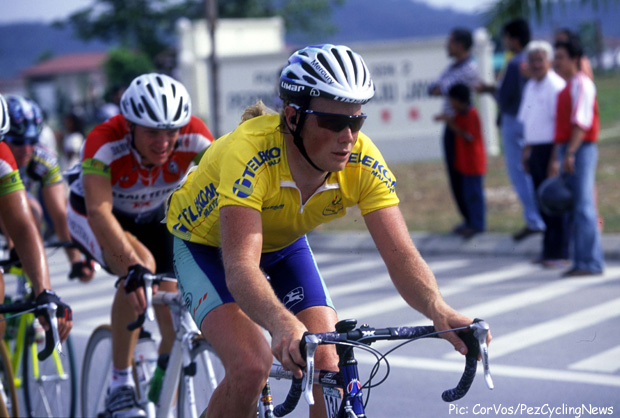 Chris Horner leading the Tour de Langkawi back in 2000, ponytail and all.

Childhood Archaeology
Maybe it’s the autumn colours and falling of the leaves that’s making me muse about the effects of age on fitness, or maybe it’s my being back at the family home in Vancouver this week helping my parents move. My archaeology expedition through my childhood room includes uncovering my old training diaries and also records of past cycling performances. One exhibit had me placing 6th in the provincial TT Champs for Cat 4, with a time of 1:02:12 for 40 km back when I was 22 and aero gear was unheard of.

This season has seen a bit of a quantum leap for me in terms of my fitness and racing ability, but I know there’s no way I can crank out anywhere close to that TT performance today at the age of 45. That’s despite being an exercise physiologist by training, reading up and applying the latest in science, training by power, and having better equipment including an aero bike.

Seeing such changes in myself does beg the question of how your fitness changes as you age in general. Besides railing against the inevitable effects of age, one interesting question is whether we’re still able to push ourselves as hard as we get older, or is aging both a physical and a mental process?

Balmer et al.
In 2008, a research group at Liverpool John Moores University in the UK tackled this question of how aging affected fitness and exercise drive (1). Here are the basics of the study:

• The experimental protocol was quite straightforward. All sessions utilized their own bikes on an ergometer with SRM cranks. Gearing and cadence were self-selected.

• In one session, subjects completed a graded maximal exercise test, with a 20 W step every minute and the initial wattage geared towards a completion time of 8-12 min.

• The second session was a 16.1 km TT with full feedback (time, distance, heart rate) and a pacer to simulate competition.

The protocol was straightforward, and the strength of the study lay in the analysis of the data. Apart from any changes in performance over the years, the other interesting analyses were any potential correlations between age and performance measures. 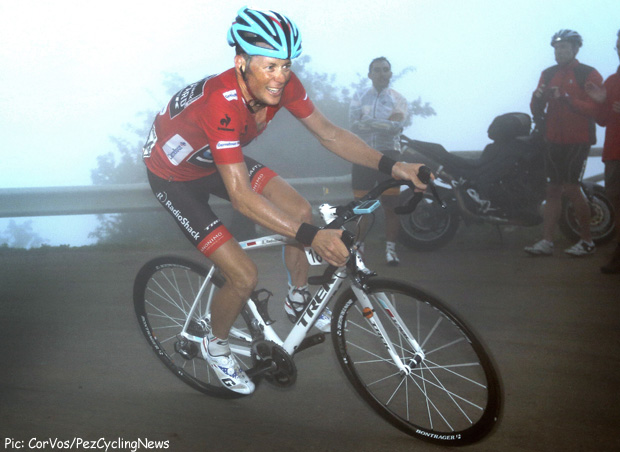 “Old” Data
As we go through the data, the key thing to keep in mind is that this is NOT a longitudinal study, where the same individuals are followed over a number of years. So you are comparing subjects with each other, and each brings their own individual variability (years cycling, racing level, variable training status, etc.) to the study that can affect the comparisons:

Moderate relationships between age and:

• Slight but significant decrease in cadence (3 rpm, 3.1%) per decade.

These decreases match the popular consensus of what happens with aging, with a gradual and fairly linear decline in most physiological and performance measures of 5-10% per decade after 30.

In other words, as an individual cyclist, the higher your ceiling of fitness, the higher your TT wattage. However, as your age, you generally decrease both your maximal ceiling and your mean TT wattage at an even rate. This same finding holds for your heart rate response too.

Summary
So I guess we’re seeing a bit of good news / bad news scenario here. The bad news is that the fountain of youth is still elusive. The good news is that, despite this gradual decline, we’re still able to peg it as close to our limit as we could while younger. And for many of us, it’s pushing ourselves hard that makes cycling fun.

As for myself, I would definitely say that I’m enjoying riding and racing more than ever before. I’m still mixing it up in the club hammer sessions. I’m riding on MUCH nicer equipment now than what was available (or what I could afford as a poor starving grad student). I get to share my joy of cycling with our two boys, and I have the perspective of enjoying cycling as a lifelong activity that the young ‘uns just don’t have.

So forget the bad news of this article. Feel the thrill of pushing yourself to your limit, and enjoy your ride today and every day!

Corti and Duarte discover 2014 Giro: “A route for climbers”