Toolbox: What’s in a Sprinter?

Sprinters are a special breed, whether they’re track sprinters like Chris Hoy or road sprinters like Cavendish and Kittel. Some feel that they’re born sprinters or not, and there is a bit of truth to that. However, sprinting is also important to train no matter what your natural racing style, because the truth is that most races end up in small or large groups dashing for the line. What are some ways to improve your sprint to increase your odds of podium placings?

Sprinting
A funny thing happened when I retired from racing at the end of 2010. I gained 25 pounds in a month. The funny part is that it wasn’t fat, it was muscle. As a teen, I was 6’ and wrestling at 135, and I couldn’t gain a pound if my life depended on it. Then I went to university in New York. At the time, there weren’t many outdoor exercising options in the city so I hit the gym. I put on 40 lbs of upper body muscle in just a few months and at 175 lbs, finally started to look like a normal person.

Cut to two years later. I’ve moved out to LA to pursue a career in the film industry but I’m quickly sidetracked by the year round beautiful riding weather and the plethora of great climbs. After a year of steady riding I’m back down to 160 lbs, which is where I spent the remainder of my racing career. The upper body muscle mass never completely went away.

When I stopped training and my body no longer had to deal with the stress of 6 hour rides, my body bounced right back to my college weight, biceps and all. Muscle memory is an incredible thing! One thing is certain – if I ever come back to cycling at any level I won’t be coming back as a climber.

So in the back of my mind, I’m thinking that if I were to ever come back to cycling at any level, I would have to reinvent myself as a sprinter. As someone who is eternally fascinated with the body’s ability to change and adapt, this idea of transformation appeals to me. So what would it take to go from a rider whose best moments came on day 4 or 5 of a hilly stage race to one whose moment comes at the 60 minute mark in a flat criterium?

Not that I have any immediate plans to return to racing (I promise Rachael!), but if I do, this is how I will do it. 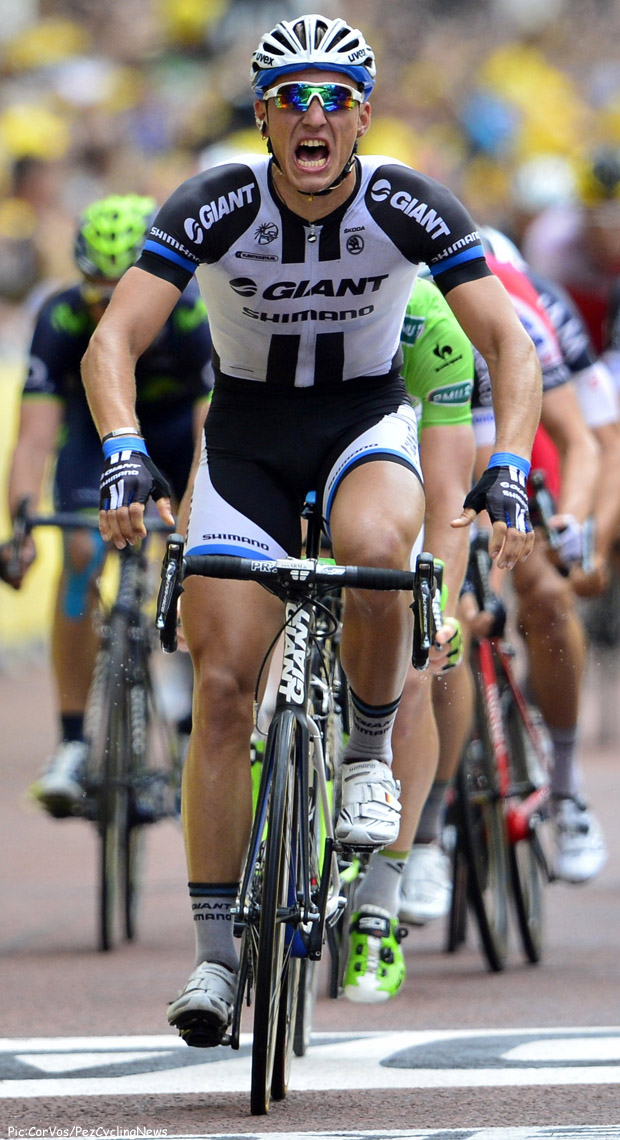 Speed
Sprinting is all about leg speed. If you talk to a track sprinter about cadence, he will call anything below 120 rpm low leg speed training, and that the high rev range starts at 150 rpm. In retrospect, although I did a lot of high spin training when I raced, I could have done more. It is my belief, based on working with hundreds of riders, that most cyclists would see a 10% improvement in their all around cycling performance if they dedicated just 45 minutes per week to over speed training.

This is true for sprinters, time trialists and even climbers. All the strength and endurance in the world doesn’t mean much unless you can turn the cranks around quickly. So part of my comeback would include multiple high spin sessions per week and an overall shift in cadence zones. Instead of ranging from 70 rpm to 120 rpm at different points of the season, everything would ratchet up a notch and my zones would start at 90 rpm and go all the way up to 150.

Endurance
As is the case with most riders moving up through the ranks, I earned many of my upgrade points in pack sprints. However, when I started doing the long training miles required to be competitive in UCI stage races, the zip just went away. My longest week ever on the bike was almost 40 hours. I will never be able to, nor desire to, do that kind of riding again!

Fortunately, if I returned to cycling as a sprinter, I wouldn’t have to. Unless you’re a Euro roadie needing to sprint at the end of Milan-San Remo after 300 km of racing, endurance riding kills leg speed. So one of the great things about being a domestic crit racer is that you don’t need to do those crazy miles. Assuming that my longest race would be about 60 minutes, I would severely shorten my training rides. The longest days would be no more than 2 hours and many days would be an hour or less. Miles kill swiftness and I would want to be nothing but a bowl full of speed. I won’t be able to go up hill and my threshold power will be much lower, but my one minute and 30 second critical power will greatly increase.

Strength Training
Track sprinters are in the gym almost year long. I don’t think I would be interested in that type of plan, but there would be a shift from the program I did as a stage racer. There would need to be more emphasis on explosive speed. Therefore, in addition to the Muscular Adaptation, Strength and Power phases I would add two cycles of plyometrics. These are explosive movements that often involve jumping motions. In terms of on the bike strength training, instead of 10 minute low cadence (50 rpm) muscle tension intervals I would do a one minute to three minute version at higher loads so the muscles can get used to working at anaerobic levels.

Strategy
A lot of sprinting success starts in the mind. If you look at the great sprinters, they are always confident, sometimes to the point of arrogance. To be a great sprinter, you have to have the unshakable knowledge that you own the front of that race and that you will take apart anyone who tries to steal your wheel or come around you. Sure there’s timing and lead outs and positioning, but what it comes down to is finding your place and owning it. There can’t be even a moment of hesitation as you scream into that final off camber turn bumping elbows and knocking helmets. It comes down to controlled ferocity.

Ironically, there is also an element of tranquility required. In my 20 year cycling career I’ve seen a breakaway succeed in an amateur criterium two or three times total. However, that never stops anyone from trying. It’s not a problem if you are going out to have some fun, you want to show off to your friends or you are using the race for training but if you want to win, there is only one way to do it and that is by staying relaxed and waiting for the final sprint.

To find that perfect balance between stoicism and aggression, I would hit the mental training hard. Affirmations, mantras, visualizations and most importantly, The Ultimate Cyclist CD on repeat every single night.

Me Again
Despite the fact that I have my entire comeback mapped out in my head, there is one essential element that is missing and that is desire. At some point in my career, cycling became a compulsion and an obligation rather than a passion. Once I can find the fun and enjoyment in the sport I can think about a comeback but my real hope is that I will find a peace with the sport that I can take pleasure in simply by riding my bike.

Froome Rides Under the Sea