On the day when the French Senate confirmed what we already knew – namely that an awful lot of riders took an awful lot of kit back in the 90’s – Martin and I sat down in our fave Edinburgh hostelry, the City Cafe, to relive our best – and just a few not so cool – moments of Le Tour 2013. 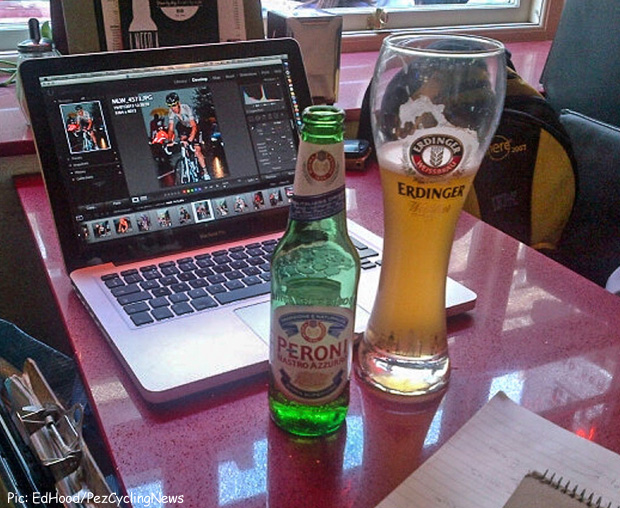 Over a Peroni for Martin and an Erdinger for me we tried to lighten the mood a little – so without further ado, let’s go back to La Belle France and the 100th ‘Grande Boucle.’ 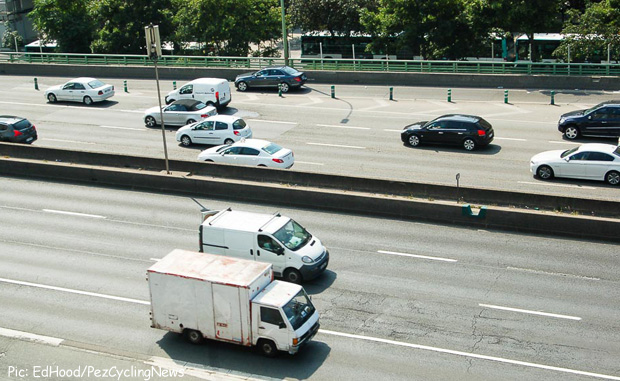 Our least favourite moment of the Tour was on Monday morning when we woke up and remembered there was no Stage 22 and that we had a Ryanair punishment flight home to contend with. The view was appropriate for two men about to lapse into depression, ‘Le Peripherique’ or Paris ring road. It’s a highway which paints a pretty convincing picture for those who argue that the invention of the motorcar wasn’t necessarily a good thing. 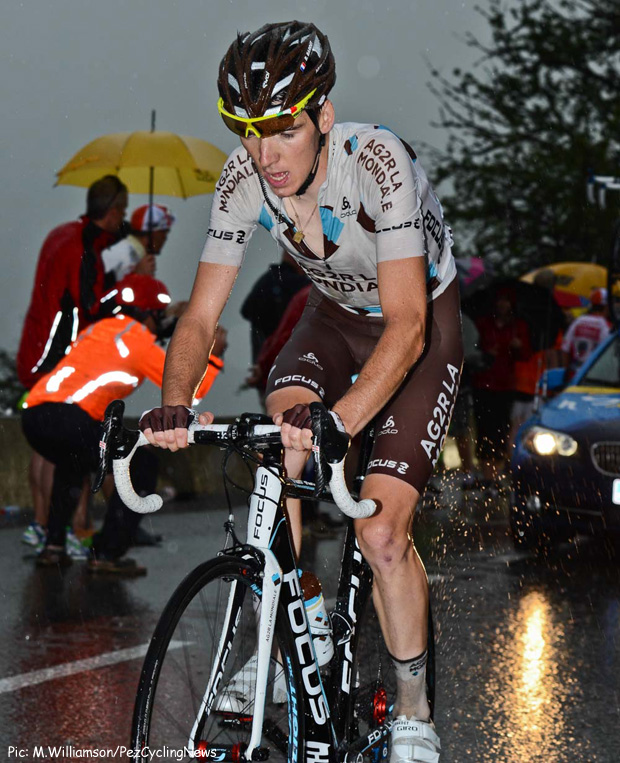 Romain Bardet suffers his way through the rain on Stage 19 to be the best placed Frenchman on GC in Paris in 15th.

The worst weather of the race came on Stage 19 to Le Grand-Bornand; a delightful morning gave way to a vicious afternoon electrical storm on the last climb of the day – the Col de la Croix Fry. Rui Costa (Movistar and Portugal) took his second stage of the race as we wondered if our cameras would ever be the same again. 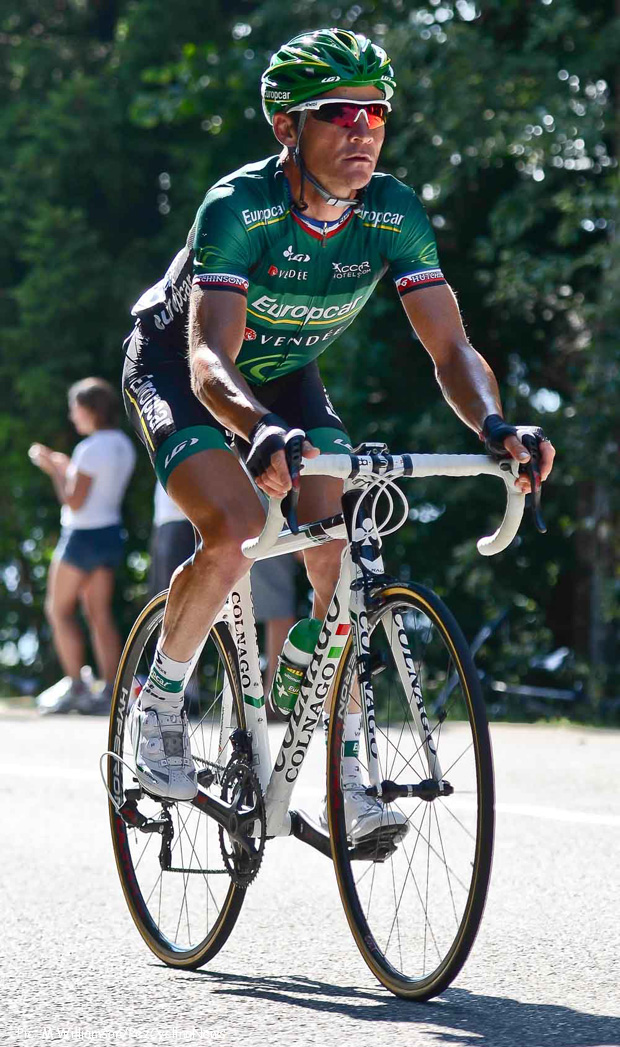 The rider who we were most disappointed with was Tommy Voeckler (Europcar & France) his usually dashing form was sorely missed as he rode round France with a permafrown – giving the evil eye to anyone who dared point a camera in his direction. 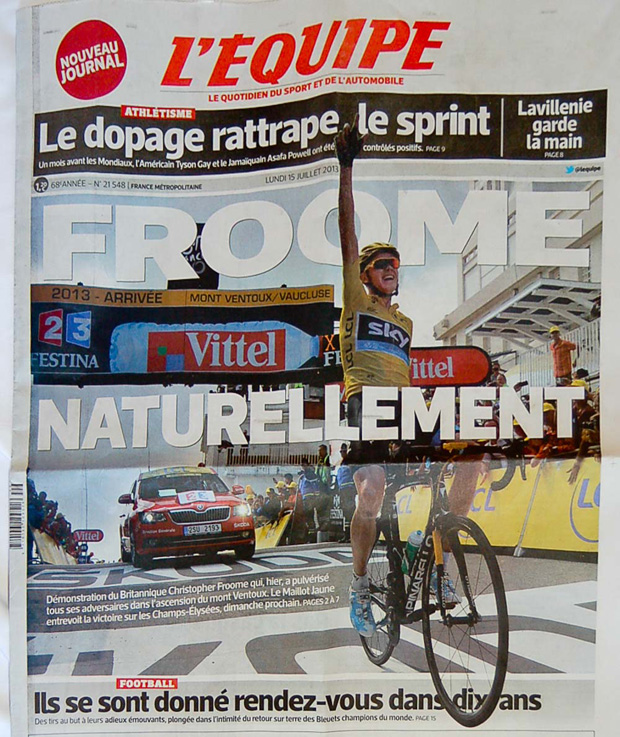 We love L’Equipe during Tour time, great coverage and endless stats to pour over. However we’re really not sure what this cover was trying to say . . .

But recent events confirm that our sport can’t even consider playing the righteous indignation card. 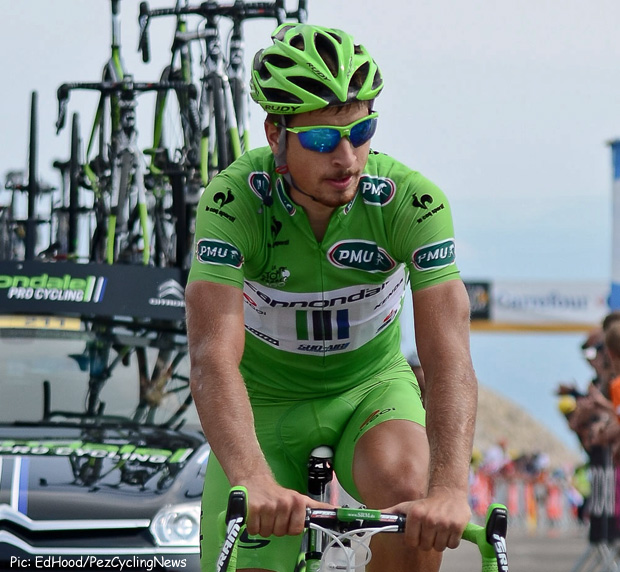 Facial hair for cyclists has one golden rule; if you’re name isn’t Fabio Baldato; ‘don’t do it!’ Peter Sagan ignored this rule and the consequences are there for all to see and lament. Peter, remember; ‘Gillette, the best a man can get!’ 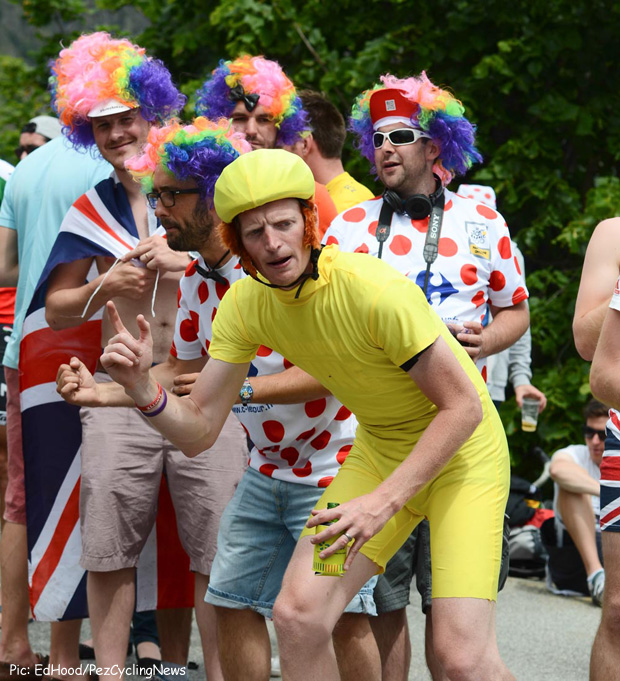 The ‘crazies,’ we call them, the fans who dress up for the job – Pez’s soothsayer, Viktor has told me that we shouldn’t encourage them by taking their pictures. But they’re part of the race now and as long as they don’t knock anyone off – where’s the harm?

We spotted Wiggo on l’Alpe d’Huez; complete with extravagant sideburns – we didn’t hang around to see if he cheered for Froomey, though. 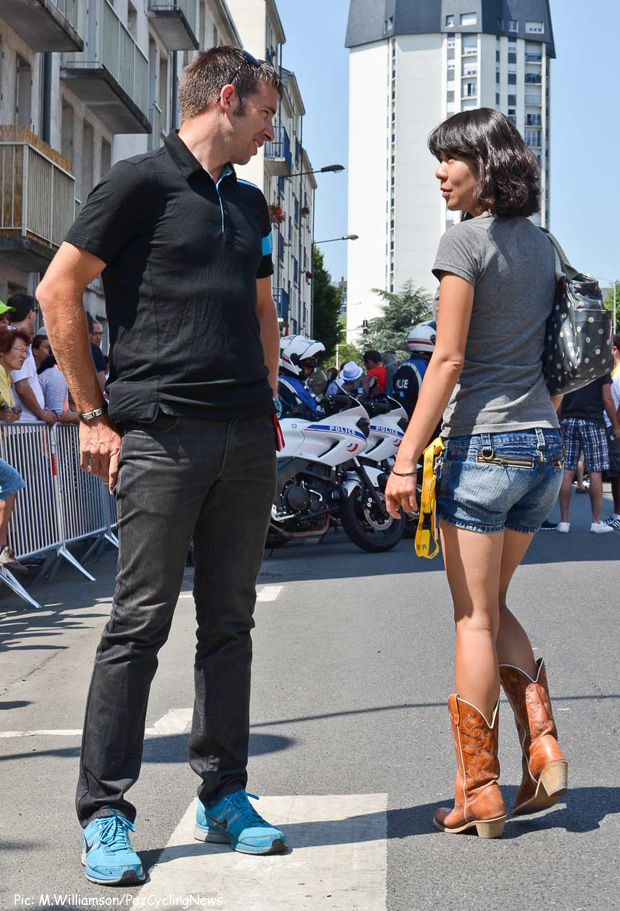 A well known, ex-rider and now team PR is often too busy to give us old hacks anything more than a nod – but strangely he has all the time in the world for this cute lady photog . . . 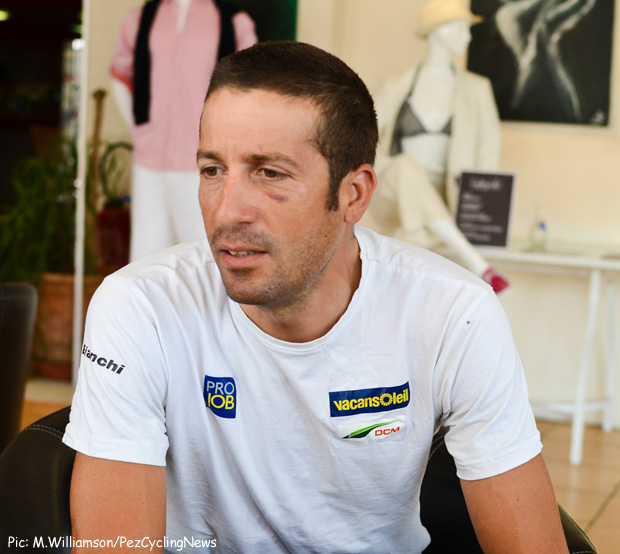 It’s not often now that we come across a rider who has genuine aura – but Juan Antonio Flecha has one. One of the peloton’s elder statesmen who’s seen it all and done it all – when he talks, you’re compelled to listen. 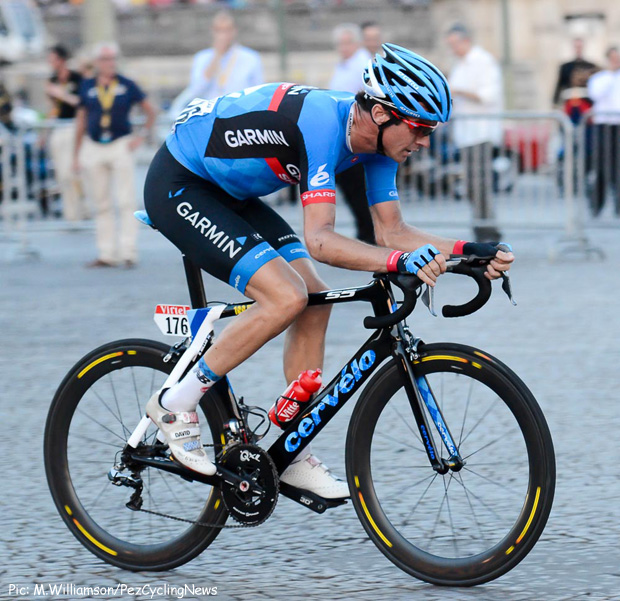 It’s only natural we should mention the best Scottish rider in Le Tour – and come to think of it, he’s the only one. But he’s still classy and cool – were those 31 kilometres off the front on the Champs his final burst on the Tour banjo? We think perhaps they were. 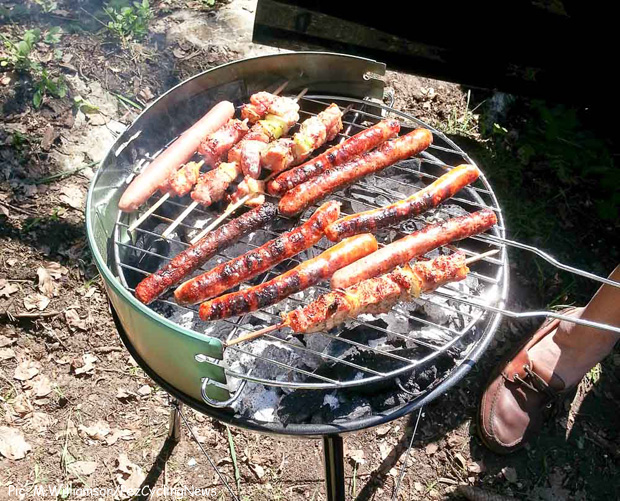 Our favourite chow down of the entire race was our stage 20 barbie on Semnoz. Kebabs and spicy sausages – what more could you want? 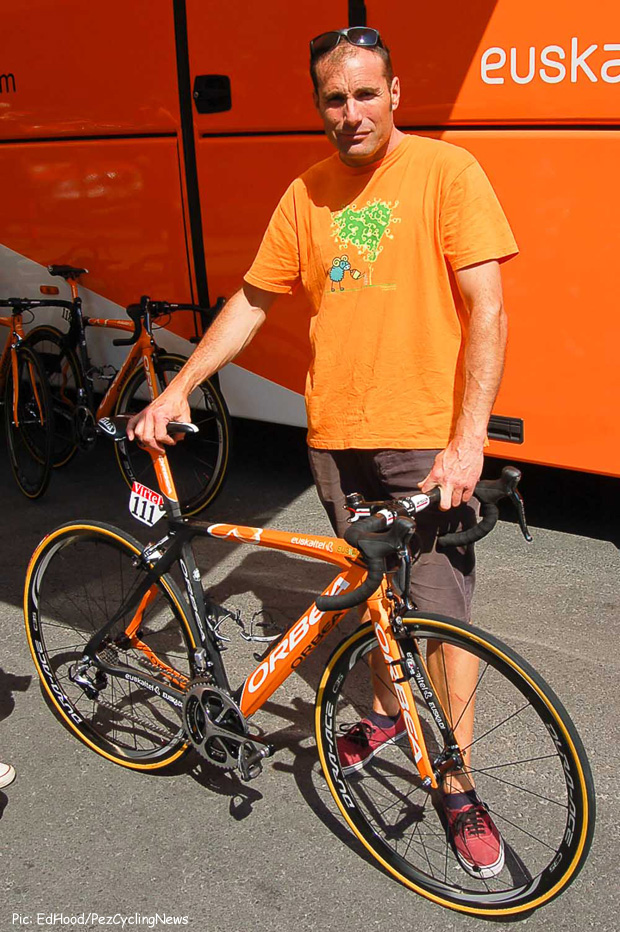 There are few bikes on the Tour you’d climb over to get to your winter bike. It’s hard to choose just one; the Movistar Pinarellos were lovely, as were The Shack’s baby blue Treks. But at Euskaltel the Orbeas aren’t just hardware they’re part of the Basque ideal – the team is cool, friendly and the Orbeas come from a workers’ cooperative. But we so missed Sammy Sanchez on one of his mad charges . . . 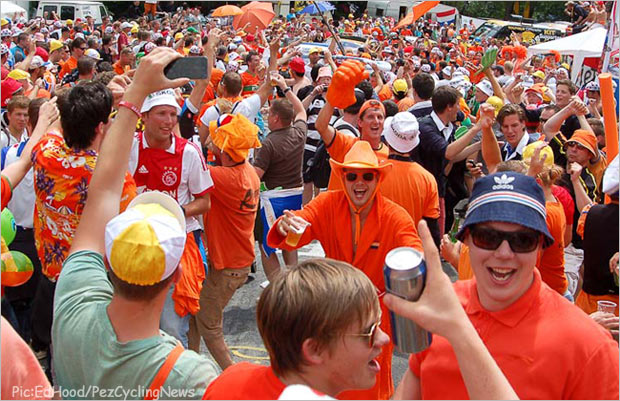 The best place to watch le Tour? Orange Corner on l’Alpe d’Huez – beautiful madness and with stunning views across the valley if you can lift your eyes from all that orange. 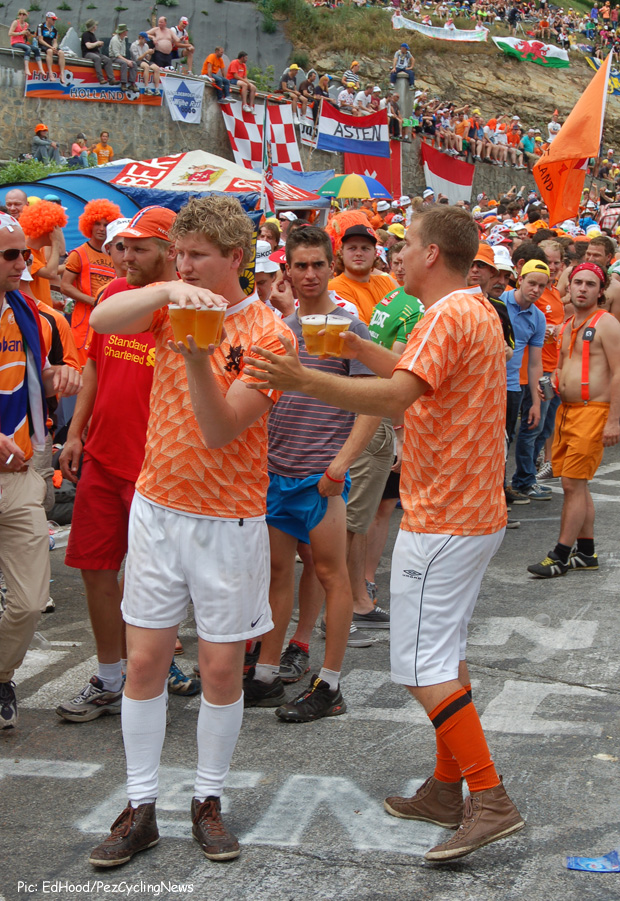 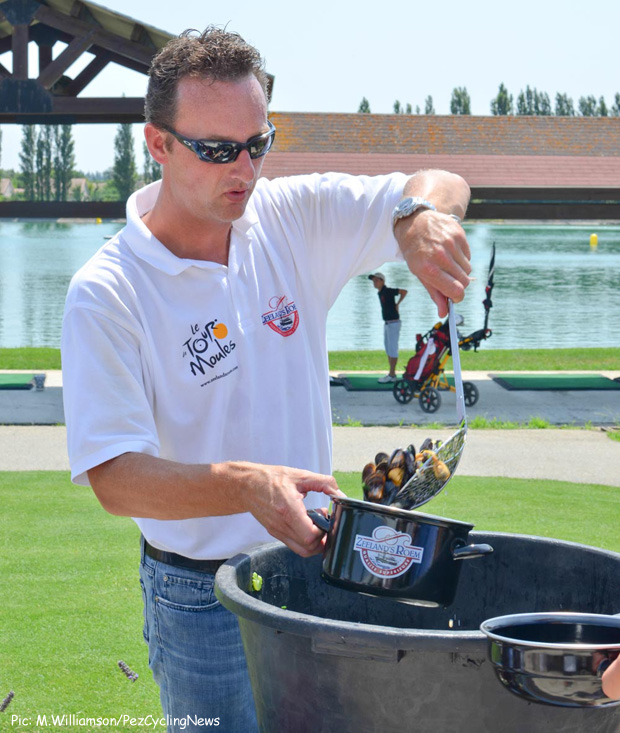 The best team on the race officially was Saxo-Tinkoff but in terms of a team that encompasses what cycling is about, the Dutch team Vacansoleil are the real deal. Staff and riders are friendly, approachable and it was a pity that their aggressive racing – especially Flecha’s – didn’t net them more than ‘mentions in dispatches.’ With Vacansoleil and DCM pulling out of pro cycling sponsorship, this may be the last time we see the team in action in le Tour – we hope not and not just because we’ll miss our annual mussel feast. 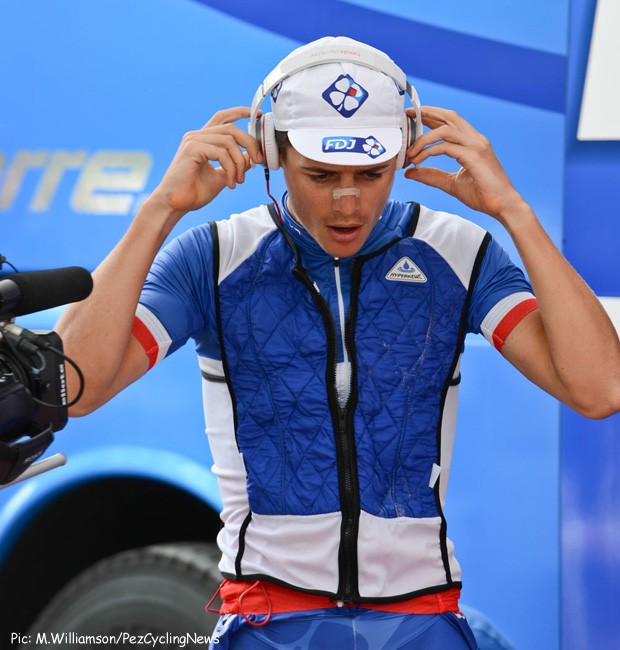 Picking our favourite stage was a difficult one. But eventually we plumped for the mountain time trial – after all, we were part of it. We followed French Elite Road Race Champion Arthur Vichot around the 20 tough miles.

The first climb was horrible, sinuous, badly surfaced and with varying grades and the descent off it was highly technical. The second climb was just as nasty and rendered even more so by sudden and intense rain which passed as quickly as it appeared to give Vichot a dry plunge to line at speeds of 80/85 kph on smooth, wide tarmac.

Whilst Vichot may have ‘ridden himself in’ early on the first climb he was nothing but committed and impressive to watch. Net result: six minutes off the winner’s time – these races are conducted at a level which it’s hard to take in, unless you’re right there sharing the parcours. 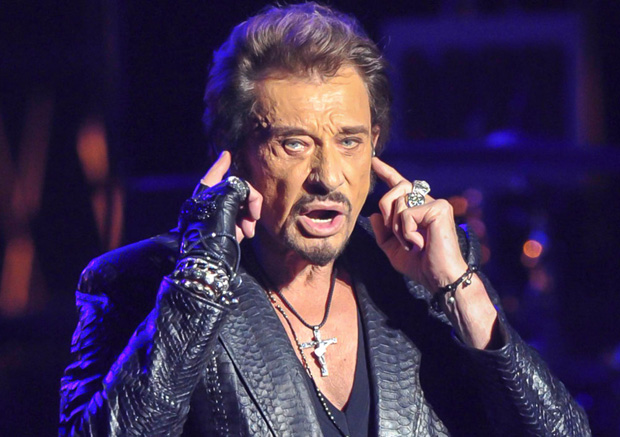 Radio Nostalgie is our station on our Tour travels – the format is one great English language oldie then two or three dire French punishment tracks. But Johnny’s raw vocals sucked us in – and at 70 Monsieur Hallyday is still going strong. 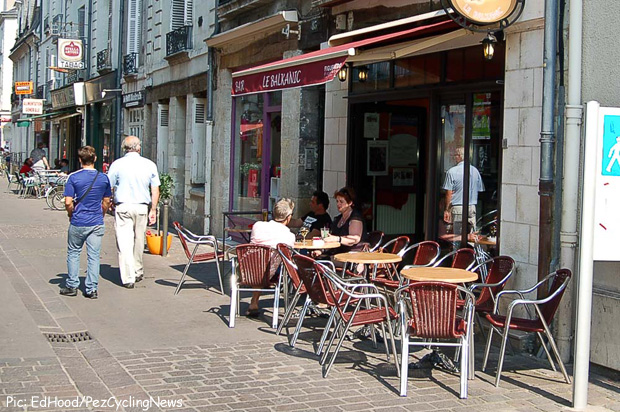 Often – due to the fact that we try to get ourselves out on the parcours as much as we can – we don’t see the finale of stages. However, one of our favourite vices, if we can manage it, is to watch the finale in a bar. We watched the finale of the Mont-Sant-Michel time trial in Bar Balkanic in Tours. It was cool, quiet, the beer was chilled and the big flat screen was reflection free. Not much more you can ask for. 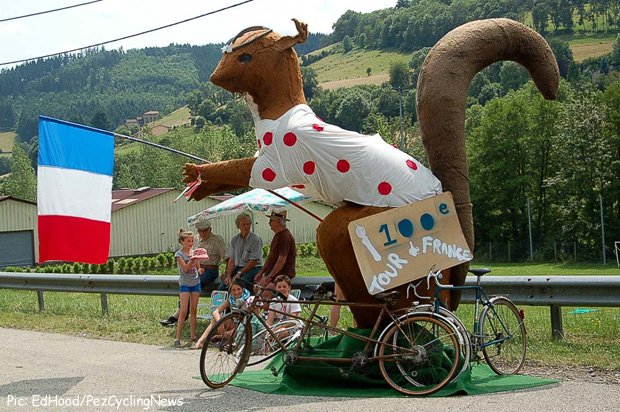 Thanks to France’s diverse geographic nature, it’s a country rich in wildlife – we snapped this rare spotted, giant climbing squirrel on the stage to Lyons. 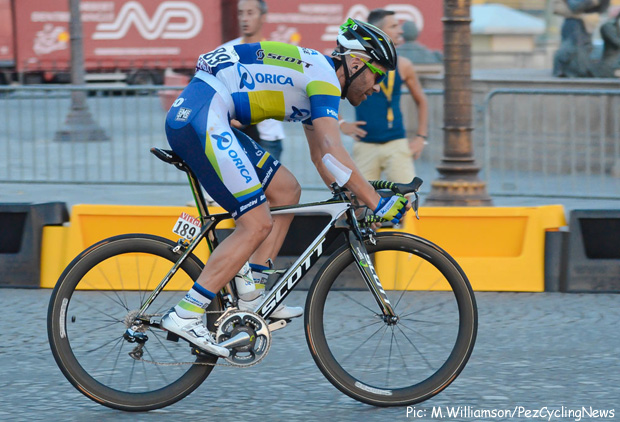 There are lots of candidates for ‘man of the Tour’ – Christopher Froome, obviously; Marcel Kittel or maybe French hero Christophe Riblon? But we plumped for the man who was stone last – GreenEdge and Canada’s Svein Tuft. A key player in the team’s brilliant first week, with Simon Gerrans winning a stage, the team taking TTT victory and both Gerrans and South Africa’s Daryl Impey wearing the maillot jaune.

But it wasn’t such jolly fun for that last week in the Alps, where Tuft had to drag his big frame over one Col after another. But history records that he stuck to the job and finished on the Champs Elysees 169th @ 4:27:55. Respect to you sir, you’re our ‘Homme du Tour’ for 2013.

For more fun keep it tuned to PEZ and look out for more photos, news and commentary on the PezCyclingNews Twitter and Facebook Page.

RadioShack Leopard Line-Up’s for the Next Races