Race Preview: Tour de San Luis 2014. The World Tour may be kicking off Down Under in Australia at the TDU this week but there’s also another big tour starting Monday, the Tour de San Luis in Argentina. With such big names as Nibali, Sagan, Cavendish, Boonen and more heading to Argentina for the race, it’s worth taking a closer look at what’s ahead of them – and even making a few predictions while we’re at it.

The cycling world returns to Argentina for the 8th Tour de San Luis. It runs from Monday 20th January through Sunday 26th January. It is officially classified as a 2.1 America Tour race but attracts some of the top riders in the world. We have Vincenzo Nibali (winner of the Giro and 2nd in the Vuelta), Nairo Quintana (2nd in the Tour de France), Joaquim Rodriguez (3rd in the Tour de France and 4th in the Vuelta), plus the sprinting Gods: Mark Cavendish, Tom Boonen and Peter Sagan. 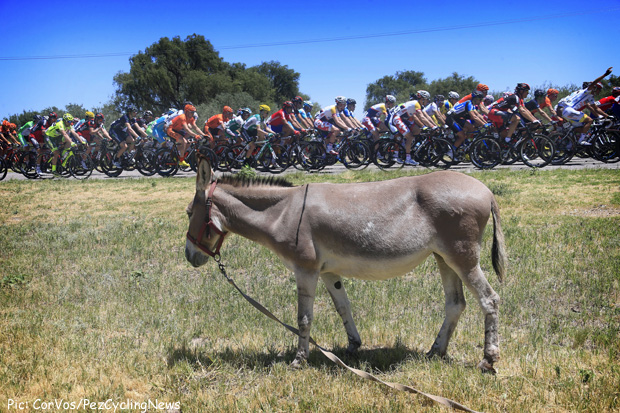 The riders love it here and despite being a relatively new race, it continues to go from strength to strength. The weather is nice, and not ridiculously hot like in Australia, and the course is a mini grand tour. We have 3 mountain stages, 3 sprint stages and an individual time-trial.

This is an attractive prospect for the riders as they look to build their early season form, and the opportunity to race at altitude is always welcomed by the top climbers. The atmosphere is very relaxed and the top riders can get some much needed practice, away from the glare of the world’s media. Jet lag isn’t a problem either, as San Luis is only 3 hours behind CET. Another big plus is a shorter flight for most of the riders. The lack of world tour points means that there is no pressure on the star riders to perform. They can use the week as extra training and if they get a good result, it comes as a bonus. 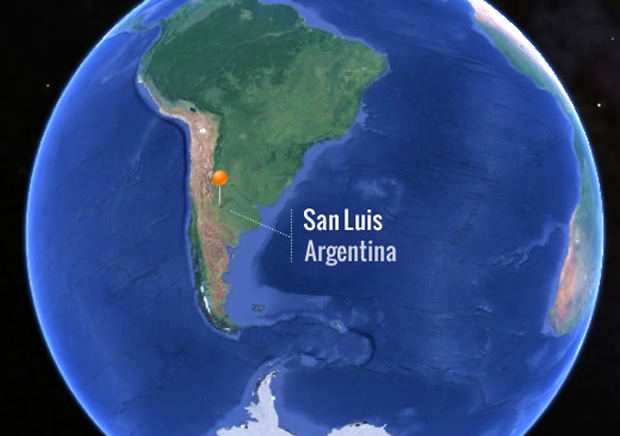 San Luis is a province of Argentina, it has mountains bordering the North and West and flatlands in the centre, perfect for bike riding. It isn’t just famous for cycling though, as it hosted the 2005 World Chess Championship!

The mountain stages will be brutal and make for great viewing. They will give an early indication of form for the bigger races in 2014. 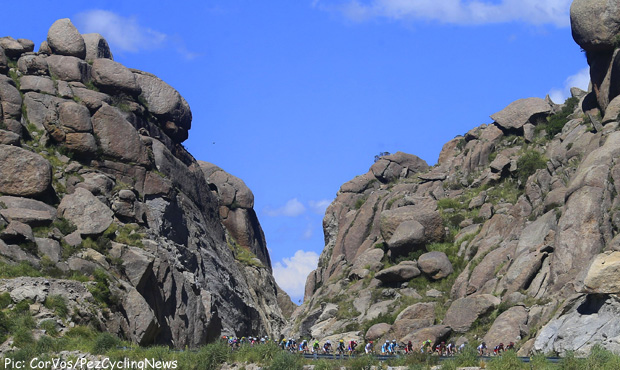 Brutal to race over but beautiful to watch – the San Luis mountains.

The media usually focus on the European based riders but ignore the locals at your peril. The past 7 editions have been won by Argentinians on 4 occasions and a Chilean. The only “big names” to win here, have been Nibal(2010) and Leipheimer(2012).

The European based riders are returning to racing after a few months off, while the local riders have got plenty of recent racing in their legs. This makes it very difficult to beat them.

To determine the overall winner you have to look deep into the cycling world and find those here for training and those here to win.

Both Nibali and Quintana have big goals later in the season. The Italian is determined to win the Tour and the Colombian the Giro. They arrived in San Luis looking incredibly thin and ready to get extra miles in the legs.

Rubiano Chavez knows what it takes to be successful in this race, having won a stage in 2011. He has just moved from Androni to Team Colombia and wants to take advantage of being team leader, immediately. His TT skills are poor and this will cost him, but the 3 mountaintop finishes, should help him to claw back time and threaten the top 3.

Darwin Atapuma has also just changed teams and is now with BMC. He was 18th in the 2013 Giro and is another Colombian capable of doing well here. Despite being from Colombia, this is his first time at the race and I think this will go against him. It’s actually the earliest he has raced in 6 years as a professional bike rider.

Diaz is the reigning champion and retaining his title, is his number 1 goal for the year. He has just finished a 2 week training camp, at altitude, in Chile. He already has a lot of recent, competitive riding in his legs, a big difference from the European riders. His TT skills have been a weakness he has identified and he expects to do better this year. His team are 100% behind him and have some very talented climbers to help. One of these riders is Josue Moyano. Back in 2011, he finished 3rd in this race, aged just 21. He went off to ride for Caja Rural, but it didn’t work out for him. Now, he returns to Argentina with the San Luis Somos Todos team. It is possible for both Diaz and Moyano to go well on GC. 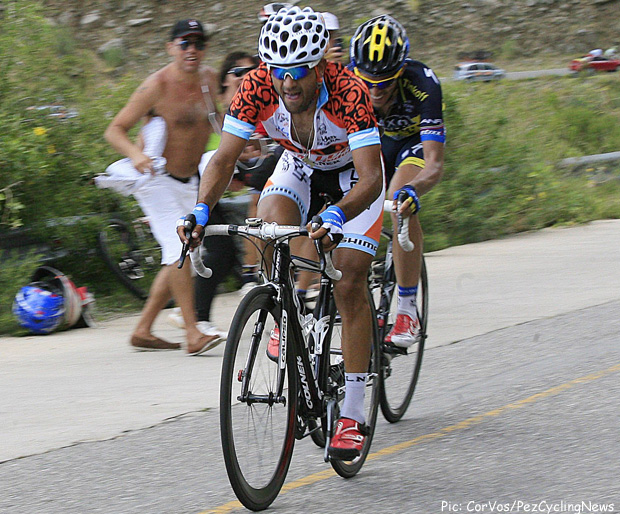 Jose Serpa, Lampre-Merida, is another interesting rider. He has a great record here: 2nd in both 2010 and 2011. He wants to go well in this race, and is doing well in training, but he’s concerned as he hasn’t raced since 3rd August. How his legs react will be crucial, but don’t be surprised with another 2nd place. I recently talked to the Colombian and he had this to say about 2014,

“I did a lot of preparation with a view to my 2014 season and my big dream is to start winning in the Tour de San Luis.”

When I asked him who he thought would be his biggest threat he replied, “Quintana.”

Nibali is feeling strong but this race isn’t a big priority for him, but he cannot be discounted.

Away from the GC battle, the ITT should be won by Taylor Phinney, giving him another chance to show off his carefully maintained hairstyle!

The sprints will be interesting as OPQS bring Cavendish, Boonen and Petacchi. Battling against them will be Modolo and Richeze from Lampre-Merida, Kruopis, Nizzolo, Farrar and the current holder of the Tour de France green jersey, Peter Sagan. An early chance to watch Boonen v Sagan should not be missed. Expect many battles between these two in the Spring Classics.

Boonen’s 2013 season was destroyed by injury and he wants to make up for lost time in 2014. Cavendish was reported to have put on weight, but appearing at the OPQS launch, he looked in good condition. As a team, they won the most stages in 2013 and want to repeat this in 2014.

Peter Sagan was in brilliant form last season. He won GP Camaiore, Gent-Wevelgem, De Brabantse Pijl, Gp Montreal, the green jersey in the Tour de France and 17 stages. He’s never won a stage in San Luis, will he put it right this year?

A favourite son of the race is Jorge Giacinti. He is now 39 years old, but is still racing for San Luis Somos Todos. This will be his 8th Tour de San Luis and last year was the first time he finished outside the top 10. He has been 1st, 2nd, 3rd, 7th, 6th and 10th. His experience is vital for the team and another big plus for Daniel Diaz. The team has another previous winner, Alfredo Lucero, in their 8 man squad. They have 2 more riders than all the World Tour teams. 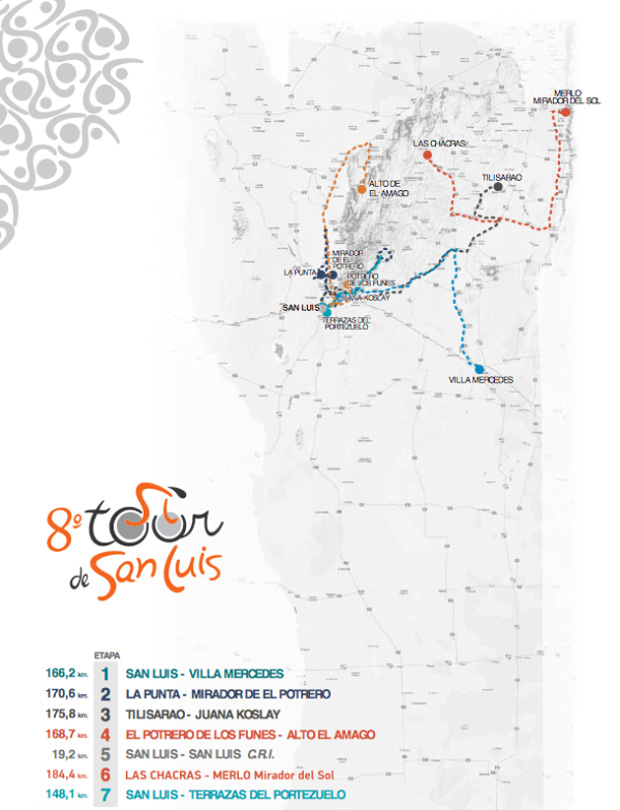 The Tour starts with a nice gentle opener on Stage 1. We have over 100km of downhill to the finish and a bunch sprint. Just what the doctor ordered after the Christmas holidays! It should be a stage for Cavendish, but watch for Richeze.

Stage 2 features the popular climb of Potrero de los Funes. This will let us see who can win the GC. The final 4.8km rises at 6.7%, with the final kilometre at 7.5%. The climbers will look to gain extra time here, but it might not be a GC rider. Watch for Rubiano and Atapuma.

Stage 3 ends with a nice uphill finish. It will be too hard for some sprinters and will interest the all rounders. Depending on the form of Cavendish, this could be a battle between Boonen, Modolo and Sagan.

Stage 4 returns to the mountains, but with a new finish, at Cerro El Amago. Again, this will narrow down the riders capable of winning the race. The climb is 10.5 km at 7.2%, this will hurt! The final kilometre has a gradient of 10.5%. This is very similar to the La Coralina stage from 2013, but with a different finish, closer to the mountaintop. Despite being stage 4, this will go a long way to deciding the winner. This stage is made for Daniel Diaz.

Stage 5 is the usual ITT in San Luis. It’s quite short, but a poor day can destroy your GC chances. This should be a comfortable win for Taylor Phinney.

Stage 6 ends with the epic climb of Mirador del Sol, and this will decide the GC. Expect a full-on battle on these slopes and only the best will survive. It’s a hard climb, 7km at 8.75% and a popular stage for this tour. With 3km to go, the riders have to tackle a slope of 15.5% and then 14.5% with 2km left. This is a real leg-breaker of a climb. Nibali, Quintana and Rodriguez should have found form by now and will want to go home with a stage.

The Tour ends with another uphill sprint, that looks good for Cavendish or Modolo.

As always the race will be visually magnificent with the spectacular San Luis countryside and with the quality field on offer, the racing should be top-notch too.

Rubiano debuts in San Luis: “Now I feel at home”