Race Analysis St.3: If there are any young sprint prodigies out there they could do far worse than study this first week in the Tour de France, for we’ve seen some exceptional team and solo efforts in the final kilometers.

Cavendish’s boys delivered him in sublime style on Stage 6, Simon Gerrans and Daryl Impey combined memorably on Stage 3 and who could ever forget the wonderfully impish win by Jan Bakelants who saved Radioshack’s season (well kind of) with that incredibly composed win on stage 2.

He may not be a sprinter but he showed the wannabe Cavs out there (and keep wanting kids – though desire is a great thing, there will really never be another like the Manxman) the importance of holding form until the very last moment. 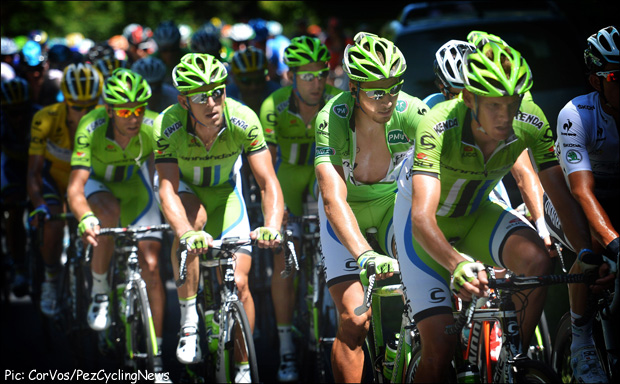 And then we come to Stage 7 and the world’s longest leadout, provided for Peter ‘The Musketeer’ Sagan by his Green Machine, the Liquigas-Cannondale boys. Perhaps their ears were ringing so much from the bollocking provided by the hitherto glum Sagan and his frustrated manager – far too many 2nd places for their liking – that they got confused when Sagan demanded a better leadout.

Peter Sagan now joins a select band of men who have won at the Tour de France whilst impersonating French swordsmen from the 17 Century. And as well as the ‘tache he also has the swashbuckling part down pretty well too. 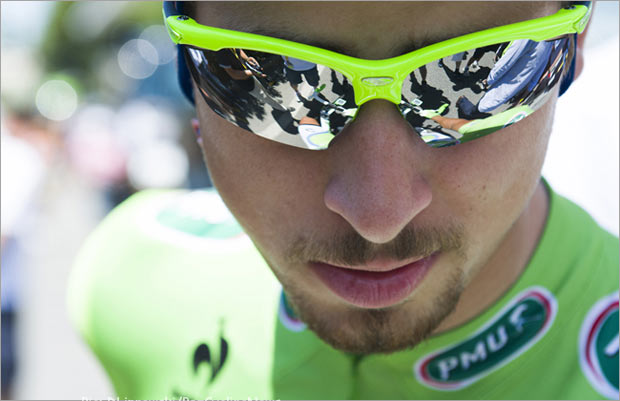 Canondale’s assault on the more traditional sprinters started off like a New York mugging but developed into a full on LA riot. There was more than just an undercurrent of malevolence to it. It was brutal, not to mention relentless. Sagan is right up there with the second tier of sprinters, behind Cav, as they all are, but also behind Greipel and even possibly Kittel , when the German is locked in, in terms of absolute speed but get him in that kind of situation and he will invariably win.

The Green Machine finally roared into action and it was worth the wait.

The breaking point for the likes of Cav and Greipel on hills such as we saw yesterday is quite low, but there is another sub-strata of riders who on certain days can just about get over them in the first group, and then on others can’t. I know because I am one. And when you are on a bad day it sucks. The final kilometer can do it sometimes, even the last 20 meters. The leaders go over and immediately hit the big chain ring and start grinding up to top speed for the descent and the pack goes through a whiplash action that you can almost hear go ‘crack!’.

And there goes that wheel, so close yet so very far away, you see it go through the red veil of pain that envelops your vision and you can heave and splutter and retch all you want, won’t make no difference. Thomas Voeckler missed it yesterday, so get ready to see him all week off the front.

(One of the bonuses for me of Voeckler being on the screen though isn’t from seeing his tongue lolling about, doing an able impersonation of my Labrador, but that every time he appears I get to hear Paul Sherwin say ‘Ooropcar’. What does he buy his lunch with? Ooros?)

Sometimes riders do that deliberately of course, drop massive buckets of time to be allowed to escape on another. There’s a point of no return, when the GC hopes disappear and the tactics change. That is one of the most fascinating undercurrents of these Grand Tours, the constantly shifting goals of just about every member of the peloton. For many it is mere survival that concerns them, for others the stakes are far greater.

As we could see with Sagan. Hard to exaggerate just how good he is. The greats of this merry old game announce themselves when they enter that realm of inevitability, when the win seems written even before the line. A team would never have ridden like they did yesterday for any old chump, no sir. They know they have a bull behind them, the Matador’s nemesis.

Finally, a word on Orica-GreenEdge. I’ve been watching their ‘Backstage Pass’ series and what struck me was their air of sheer enjoyment. Remember, it was not too long ago that Lance Armstrong was squeezing the fun out of the sport like a man on a mission to ban smiling, and we had more of the same from Sky last year too. 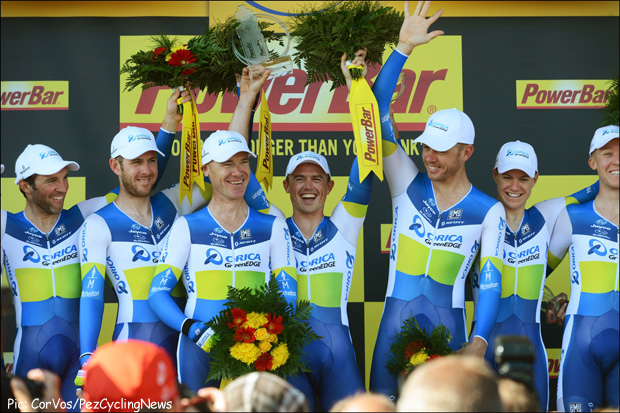 These guys have one of the greatest jobs in the world and they can’t communicate that? We need more of this, more smiles, more ‘realness’. Cyclists I know love riding their bikes, great to see that some of these pros do too.

Lotto Belisol: A good night’s sleep thanks to Technogel Sleeping