Race Analysis: The second rest day is the perfect time to review what we’ve seen so far at Le Tour. Lee Rodgers analyzes some of the performances we’ve seen, both good and bad and ponders the questions, can anyone beat Froome? And can Froome get any skinnier?

Stop the press! News just coming in, allegedly, that a certain English Grand Tour rider who might or might not be wearing a Yellow Jersey right now may or may not have undergone a medical procedure earlier in the year that involved the extraction of his bicep muscles in a bid to go uphill faster. 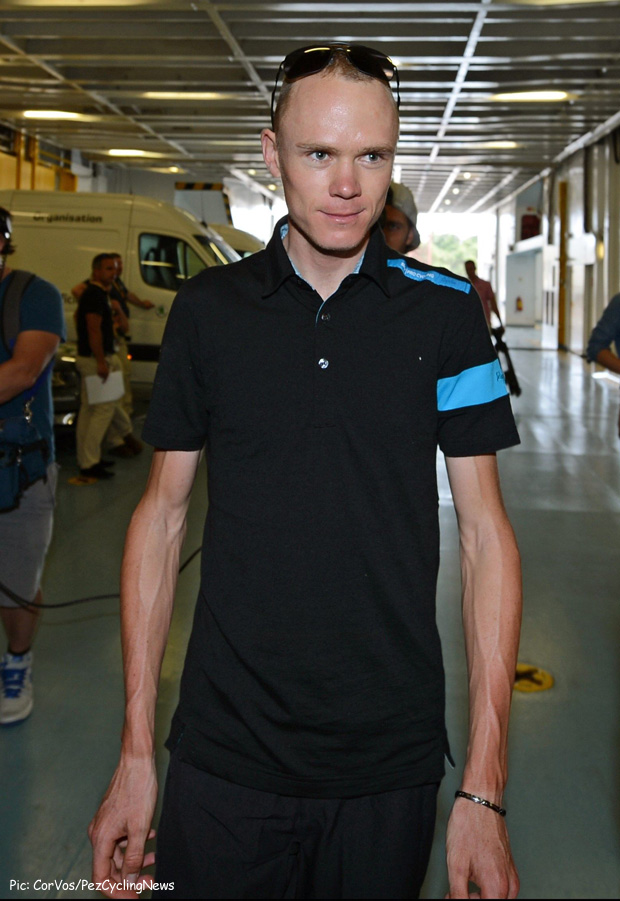 On the ferry to the start of the Tour in Corsica Chris Froome was already looking very slim.

So lacking in muscle are the Sky leader’s upper arms that he used up more watts in getting his hands in the air for his victory celebration yesterday than he did on Ax3 and the Ventoux combined.

‘Er, I have no idea what you are talking about’ beeped Froome as a Sky helper helped him get his belt buckle done up and then placed his hands in his pockets.

Did the vino flow at the Sky dinner table last night in celebration of Froome’s dismantling of the 2013 Tour de France? Some Diet Coke maybe, minus the coke and with only the bubbles left?

Whatever they’re eating over there at Sky it certainly is working a treat. In the past week we’ve seen Froome smash his GC rivals about the head with cycling’s equivalent of a blunt object, the individual time trial, causing severe trauma to others’ hopes and aspirations.

Then on Stage 15 he pierced their very souls with his attacks on one of if not the Tour’s most iconic climb, Mt. Ventoux. Watching that furious leg action was like seeing Stalin’s expert assassin dispatching a collection of garishly dressed cycling Trotskys with a clinical icepick down the ear canal.

(Phew, that last analogy was almost as labored as Cadel Evans on his way up Ventoux yesterday – almost).

The men who would be Froome’s peers but who lost that entitlement when he spanked them so hard spoke to the TV cameras at the end like people who had just been close to a bomb blast. They had the same vacant, dazed look, the same sense of bewilderment.

I think I had the same to be honest, watching at my local cycling café. I could not believe what I had just seen. A table of about ten people in front of me burst out in applause at the end as Froome used up a week’s worth of energy to fire his salute and all I could think was…

Well, just that, a series of dots along the bottom of my brain. 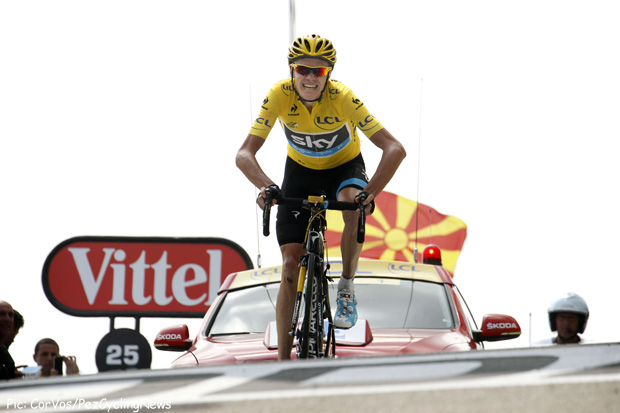 Alberto Contador looks, to be honest, a shadow of his former self. Still only 30, he should have some very good years still ahead, and yet he looks pretty far off the pace. The top Grand Tour rider of his generation and yet he has ‘only’ two Tour de France titles to his name. Yet surely, four years ago there is no way you’d have bracketed him with Bauke Mollema (no disrespect meant to Mollema but Alberto once looked truly great).

Maybe he should pay better attention to his diet? 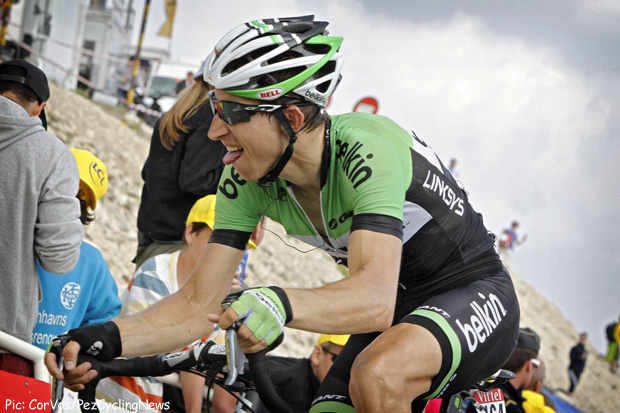 Bauke Mollema. Currently Contador’s No.1 rival for 2nd place, 11 seconds ahead of Alberto on GC.

Between 2nd and 5th place on the GC just 40 seconds stand, with just 2.11 between 6th and 11th, proof if it was needed that this Tour is very close – except for at the very top, where Froome now enjoys a lead of 4.14.

This Tour is very much over, folks, and it really is a case of two races in one. One involves Froome and the other involves everyone else. Still though, the riders are doling out chunks of excitement, no less so than on Stage 13 when almost all the Saxo-Tinkoff team took advantage of crosswinds to sneak a march on Froome. It’s a good thing for Sky that Froome is much stronger than Wiggins was last year, because if Wiggo had had this team he’d have likely not won the Tour. 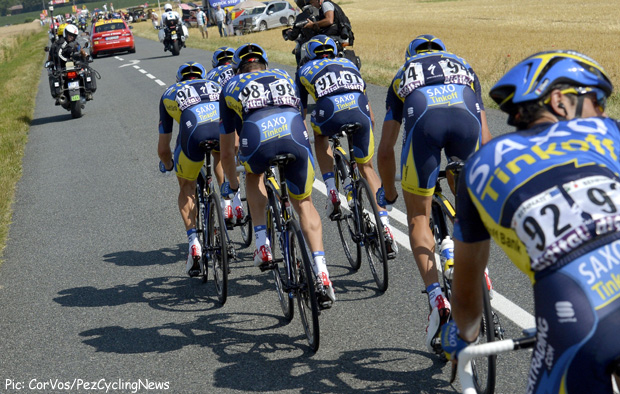 The Saxo-Tinkoff squad provided some of the most exciting racing of the Tour so far on Stage 13. They’re going to have to do something pretty special again if they want to unseat Froome.

Froome though can do it alone. If there was ever any doubt as to who is the more natural GC rider, well the case is closed now.

The Green jersey competition is almost done already with Sagan 99 points clear of Cavendish, the KOM looks like it is going to be with Froome for some time and Quintana, the revelation you could say of this Tour, will wear white when the race re-engages on Wednesday.

The final week is on its way. Thursday’s double-whammy up Alpe d’Huez might just be nuts, but the final two mountain stages that follow could be equally decisive.

Make room for Froome though, it looks like he has this one in the bag.