Race Analysis St.18: Twice up the mythical Alpe d’huez, attacks from afar, changes in the GC, the first French win of the Tour and a hunger flat for the yellow jersey. There’s a lot for Lee to analyze after today’s historical Alpe d’Huez stage.

Extraordinary, quite simply extraordinary, from Contador’s attack to the crowd of idiots on the mountain to Porte’s resuscitation, Valverde’s resurrection, Riblon’s hauling back of Van Garderen and Froome’s implosion.

Twice up Alpe d’Huez you say? Why, that is madness, sheer and utter madness.

And yes, do it again next year. 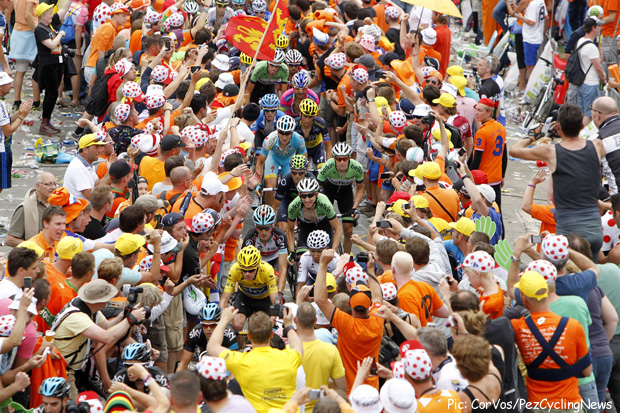 Who’d have thunk it? Froome blew like a child’s handheld windmill in a crossfire hurricane in those closing kilometers and lost over a minute to Quintana. What was he thinking out there? Why wait til that critical point to call for food, and why get so far up the mountain without any in the back pocket?

I’ve never seen a race leader or even a GC contender calling for food so deep into a race and undergoing such an obvious hunger knock. I’m also not sure that that gel, which surely came illegally and will cost Froome a few seconds once the commissaires have pondered it, really would have done much physically, but perhaps it did supply the psychological boost the Yellow Jersey needed to prevent popping completely.

Why did Froome hit the wall like that? Even the best forget to eat sometimes, but the double climb played its part as did, I suspect, a case of over-confidence. Having blasted all and sundry out of the ballpark over the previous two weeks I think it went to Froome’s head – otherwise why attack again the men who are so far back on the GC?

If he does the same over the next two days I will be very surprised. But then again, this is a mad Tour de France.

That Froome kept the gap to Quintana was every inch to Richie Porte’s credit. Say what you will, think what you will about the boys in black (and I have), there’s no denying that that was one hell of a comeback from the Aussie and no wonder Froome gave him a pat right on the line. It wouldn’t be right to say that Porte saved Sky’s Tour as Froome’s lead is so huge, but he certainly prevented it taking a greater battering than it was already subjected to. 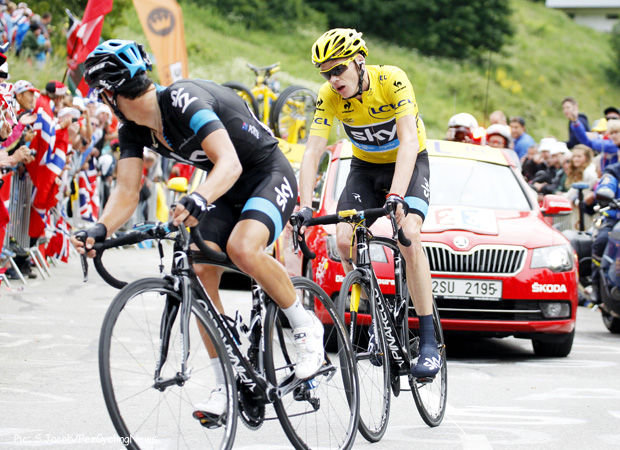 Another Grand Tour rider with buckets of experience that screwed the pooch today was the Spanish butcher’s best amigo, Alberto Contador, who put in one of the most senseless attacks I’ve seen in some time. He was in the press earlier saying that 2nd was the same as 100th to him, and then set about proving that fact with aplomb – or maybe that should be ‘a plum’. I doubt though that his sponsors will see 2nd the same as 100th. 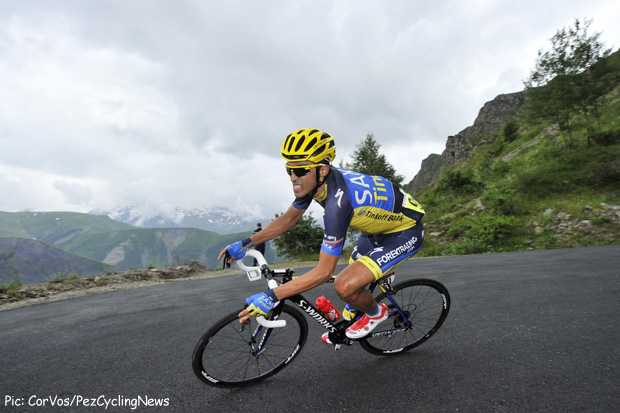 So obviously inferior now on the climbs is the once mighty conquerer who, just three short years ago was adjudged to be the world’s superior climber, that he is now left to attack on downhills, taking Roman Kreuziger with him and losing his third place on the GC with it. It was a senseless move because there was a decent chunk of flat coming up and because Froome was anything but isolated, with two teammates to carry him back up to the Saxo pair.

Quintana rode another solid race.. The Colombian now moves to third at 5.32 and must now be eyeing Contador’s second place which is just 21 seconds away. The Colombian is a good bet for 2nd overall now. 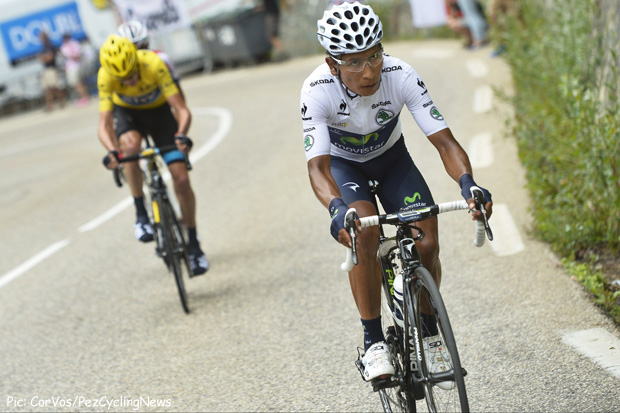 I feel though for Tejay Van Garderen, who did little wrong but got spanked by a mechanical that forced him to dig deep to get back to the leaders at the time, Moser and Riblon. Without that effort could he have hung on for the win that BMC so desperately need? My gut says yes. 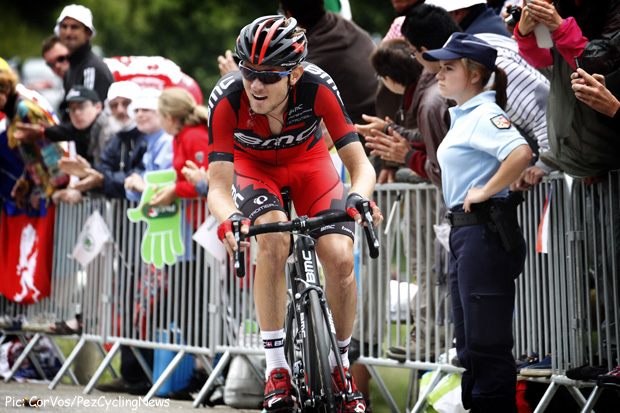 Take nothing from Riblon though. He powered back up to the American in astonishing fashion, egged on by his team car who he thankfully flicked away towards the end. A fine win full of gusto. Chapeau.

And finally, the crowd. Thankfully I’ve never been on a hillside watching the Tour, for if I was I think I’d spend the hours before it arrived walking up and down and knocking out anyone in fancy dress. We watched the race on a giant HD TV and I have to say that I was shocked by the stupidity of some members of the attendees.

What do you need when you’re fighting up Alpe d’Huez not just once but twice? A man dressed as a giant penis waving to the cameras and oblivious to your arrival? Another guy with the American flag wrapped around his genitals running alongside you for 100 meters? No thanks. Someone, please, ruby tackle those flaming fools.

To the organisers though, you have to say good work. A gamble paid off, in brilliant style.

Right, I’m off to sleep. Over and out.