Race Analysis: ‘Here I am talking to Peter Sagan. Peter, we have the finish here on the screen for you to watch.’ ‘No. I don’t want to watch it. I’m pissed off.’ Le Tour’s first ever Corsican run ends today, capping three day’s of excellent racing, unexpected events, and fantastic scenery.

Who knew Corsica was so gloriously beautiful? Maybe it’s because I’ve hit middle age but I was watching the scenery as much as the entertainment on the road. And what roads. My bike has a view of the TV and I’m sure I heard it whimper. That combustible little island has just been added to my list of places I want to go but can’t afford to. 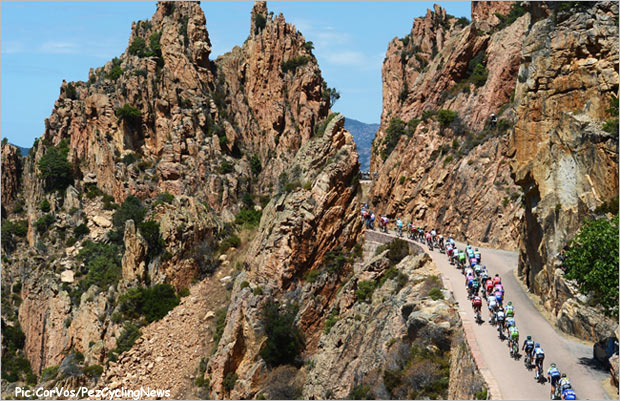 Mesmerising, and brilliant camera work there from the helicopters, that has to be one of the best jobs on the Tour. Unless the guy up there is afraid of heights. And helicopters.

Quite a treat so far, the 2013 Tour de France. The bunting was fluttering in the wind, the sun shining majestically, the road weaving and pitching and the riders putting on another grand show. France in July is quite the showcase.

Fascinating already the action too, with several guys showing their hands early on in regards to their desire for the various jerseys on offer, which is in itself testament to the route planning by the organizers. Resplendent in Yellow is the endearing Belgian, Jan Bakelants, he who was ushered to the line in part by the millions around the globe shouting him to the finish on Stage 2.

Almost as fantastic as his gutsy ride to the top of the GC was his post-stage interview, in which he gave one of the best breakdowns of the closing kilometers I’ve ever heard from a rider, and, for that matter, any commentator. Great stuff. 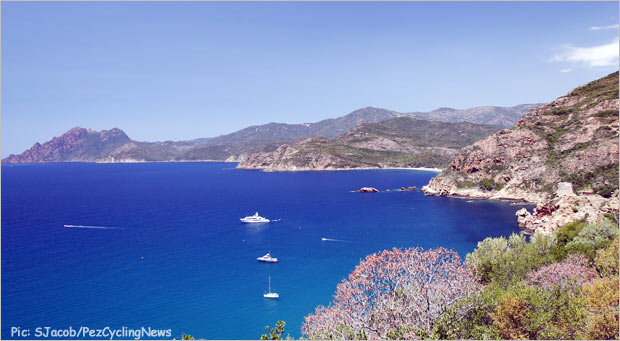 Within a stage race such as this you have clumps of guys racing for different competitions. The sprinters for Green, obviously, sniffing out points like crazed greyhounds, ready to batter each other with elbows and heads, if need be.

Then you have the KOM jersey, which, as the infamous Richard Virenque proved all too many times is often taken by a chancer. Pierre Rolland though has it already and he’d be a very decent bet to keep it throughout. He looked so crisp on the final climb, very impressive.

The Best Young Rider is a highly prized jersey too, though it’s proven somewhat of a poison chalice over the years, with several riders showing great early promise only to fade as they reach cycling maturity. 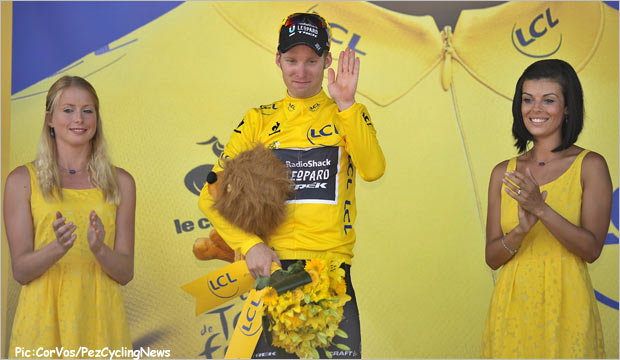 And then there is Yellow.

The GC guys inhabit an altogether different strata than the rest of the bunch, and the whole race knows it. Their natural abilities are admired, their power feared, their motivation and desire envied. Even amongst the world’s top riders they possess a more finely tuned level of concentration, because they are always ‘on’.

Froome showed that yesterday with an attack that was the equivalent of a silk glove slap in the face to his rivals. ‘Dawn at the square, laddo, with carbon-fibre.’

A good example though of how quickly desires can be put to the sword is poor Thomas de Gendt, whose high overall hopes have disappeared. Life, as they say, can be cruel – but not as cruel as bike racing.

Today though the GC boys were relatively quiet. It was the day for the sub-sprinters, the strong speedsters, and didn’t they come out to play. And though Simon Gerrans was quite brilliant in timing that run to the line (watch how he left a meter of space between himself and Impey to get the full whiplash effect of the slipstream), the real star of the show for me was Daryl Impey.

To say that Sagan lost it is quite true as he was second, but it isn’t the whole story. With another 5 meters he would have won, and the reason he didn’t was the way he was led out. I’m not sure who his man in green was but he went too soon, faded too far from the line, thus allowing the perfectly positioned Impey to overtake him with the Australian right behind him.

Sagan was faster but his Cannondale outfit just isn’t quite good enough for him this week – not yet, anyway. It reminded me of the early days for Magic Johnon at the Lakers, when his teammates were constantly getting boinked in the head by his passes because they just weren’t prepared for his quickness of mind.

This was the reason, I believe, for the “I’m pissed off” remark. Partly he was frustrated at himself but also at his team, the same one that went missing yesterday. Pull those socks up, lads.

The Orica-GreenEdge DS Matt White (who if you remember stepped down from the role earlier this year after admitting to doping) praised Gerrans’ ability but had even more words for Impey’s contribution.

“Impey’s leadout was perfect. Think that 15 months ago he was riding in Africa and yes, he is very important to our team,” he said.

For the OGE boys it was something of a vindication, winning here, and for once in racing – and it happens very, very seldom – the team plan worked like clockwork.

“We pinpointed this stage a little while ago and finished off some great teamwork,” said an excited Gerrans. “It went exactly as planned. I’m wrapped!” 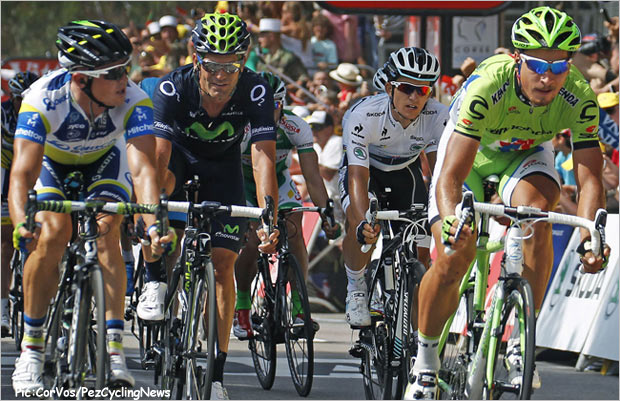 “Yeah we planned to have a guy in the break and we decided we’d look after me [at the finish]. I could see Sagan on my shoulder and geez it must have been close. We didn’t know who had won. But this Tour, to win a stage, I’m wrapped!”

Maybe he’s sponsored by a clingfilm company, who knows. If Sagan does win soon and says “I’m Pepsied!” we’ll now that product placement has finally invaded the winner’s circle.

A quick word on the Cavendish/Greipel Battle for Green. Well, what Battle? I’m sorry to say fellas but Sagan has that one, to borrow an Aussie phrase, all wrapped up.

Unless the rules change to only award points on more or less flat stages from next year, I can see him winning this competition for many editions to come. He is so good over the hills for a man with such speed that it must be demoralizing for the traditional fast men.

And finally a word for Geraint Thomas of Sky. Ouch. A cracked pelvis in a bike race? That has to beat any collarbone fracture.

And seeing as I still have a sip of beer left, one really final word on the other three Sky riders that dropped off the back at the end of the race to conserve energy for tomorrow’s team time trial. I don’t know about you but I thought that was very smart but I also found it a tad disrespectful. Very ‘Sky’.