Race Report: Today was designed to be raced hard … from the flag. We had escapes and counter attacks, an ever-changing picture. The one constant was the polka-dot vision Rafal Majka, always in the action and ultimately grabbing the glory for a second stage win at this 2014 Tour.

Short, sharp and severe. That was today’s forecast. 124.5 kilometers from Saint Gaudens to Saint-Lary Pla d’ Adet. Three first-category climbs, and one stinger of an hors categorie ascent to hammer another nail into the peloton’s coffin. 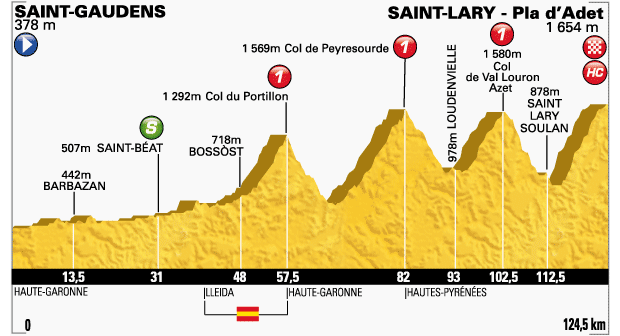 Straight uphill from the off, a big group goes clear including Ag2r’s Blel Kadri and Trek’s Jens Voigt. Katusha is trying to control things for their King of the Mountains hopeful Joaquim Rodriguez.

On the Col du Portillon, that group fell out and scattered. The peloton also blew apart, and there were little bunches of riders everywhere.

Eventually, Rodriguez takes the points at the top and things calm down a bit, with a 22-rider escape being chased. Sky’s Vasil Kiryienka decides it’s the right day to go for a long solo trip and takes off. The Belorussian batters the Col du Peyresourde into submission and crests the top with a minute and a half on a couple of chasers (Nico Roche, Jesus Herrada) and over five on the main group. 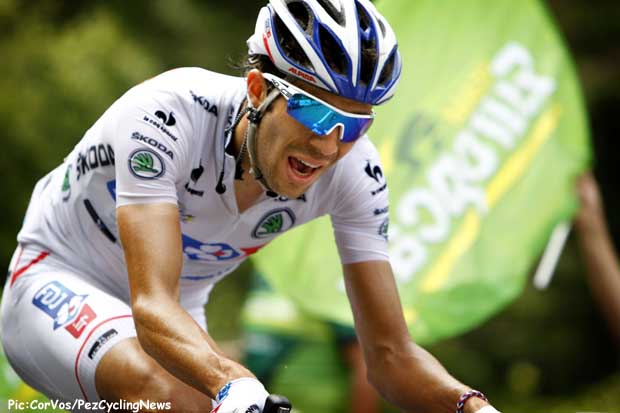 Thibaut Pinot (FDJ.fr) is now only 34 seconds behind Valverde in 2nd place

As Kiryienka continues on his stony-faced way, Europcar’s Yukiyo Arashiro is doing a fine job of trying to cut the gap for his boss Pierre Rolland. The chase picks him up just before they hit the summit of the Col du Val Louron, with Rodriguez again getting the points.

FDJ.fr upped the tempo in the main field and the gap is starting to tumble. On the descent, Ag2r’s Roman Bardet tries to exploit the worst-kept secret in cycling (Thibaut Pinot’s wobbles when the road tips own) but can’t really make much progress.

Inside ten kilometers to go and Nicolas Roche (Tinkoff-Saxo) and Gio Visconti (Movistar) are leading, but they can justifiably say they are working for team-mates behind i.e. Rafal Majka and Alejandro Valverde, should the need arise. 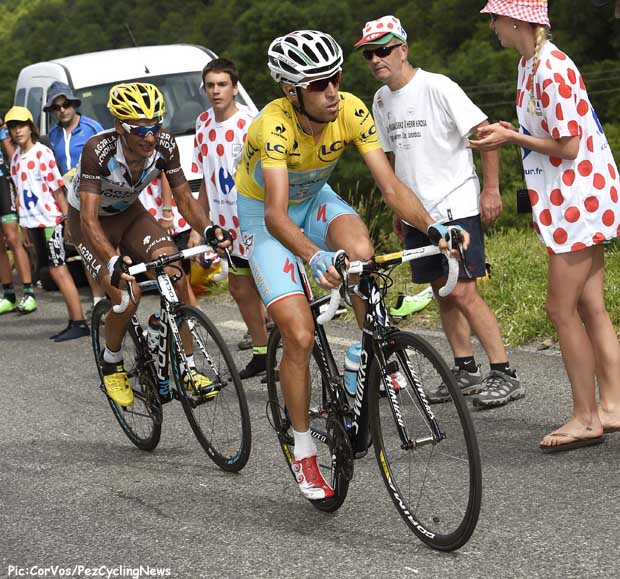 Tinkoff-Saxo’s Majka jumps out of the chasing group to go in search of his buddy. Five to go and Majka is closing fast on Visconti, as Nibali has attacked a splintering heads’ group. He sees Valverde struggling and launches. Ag2r’s Peraud is the guy who responds and follows, twice, as Nibali kicks.

Majka and Visconti are now together, but the Pole is definitely the stronger and Visconti can do nothing when he ups the pace with two kilometers to go. Majka has a minute-plus on the Nibali mob and he’s heading for a second stage win in a week at his first Tour de France.

Jon Izaguirre has done a monster job for Valverde, towing the Movistar leader back to a group which includes his podium rivals Pinot and Bardet … but not Peraud who is desperately following Nibali. 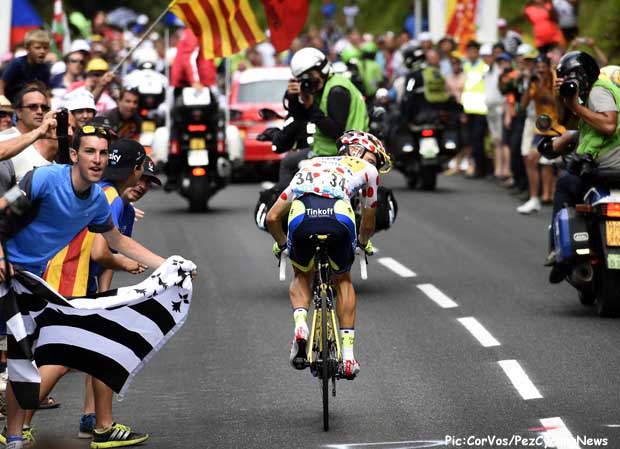 No need for Rafal Majka (Tinkoff-Saxo) to look back

Majka is peerless today, and slams his way up the final ramp to the line with a scream of joy. Visconti is second, and Nibali comes in with Peraud at 46 seconds to eke out another half-minute of a lead.

Not a massive shake-up in the overall, but the concertina effect has pushed those time gaps from second to fourth much closer and even Bardet in fifth might fancy his charges on the Tourmalet and Hautacam tomorrow. 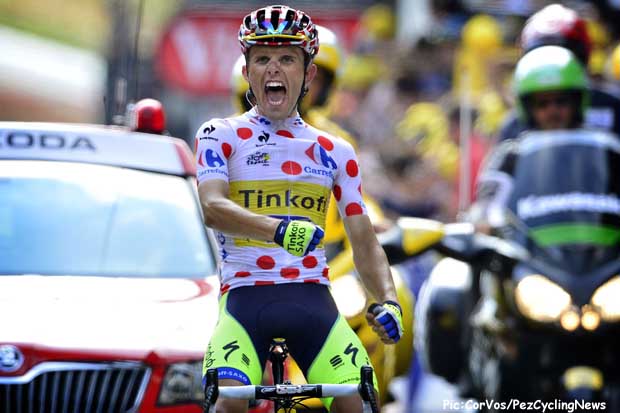