An Inside Look At Team Vanderkitten

One of the most popular and long running Womens Teams in the peloton is the Vanderkitten squad. The girls are currently in action at the Vuelta a El Salvador but before they flew out Pez caught up with them at their February training camp for an inside look at this international team.

Team Vanderkitten held their first pre-season camp in late February and pezcyclingnews got an exclusive look at the 2014 squad. Women’s racing is gathering steam across the world with several new events and once again, the Silicon Valley-based women’s cycling team sports an international roster with twelve riders from five different countries. 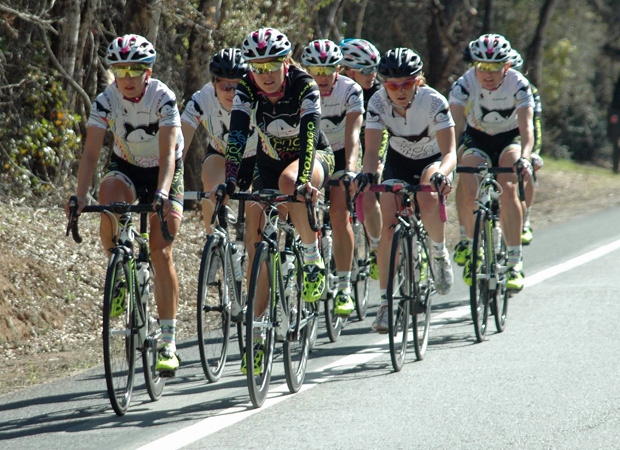 The warm sun of the San Francisco Bay Area provided an ideal training atmosphere as the riders came from across the globe for their first official get together. It was time for the ladies to get kitted up in all their sponsor’s clothes and equipment. Team director Jono Coulter wanted to create a professional environment from the start to get his riders prepared and ready for a long and challenging season. 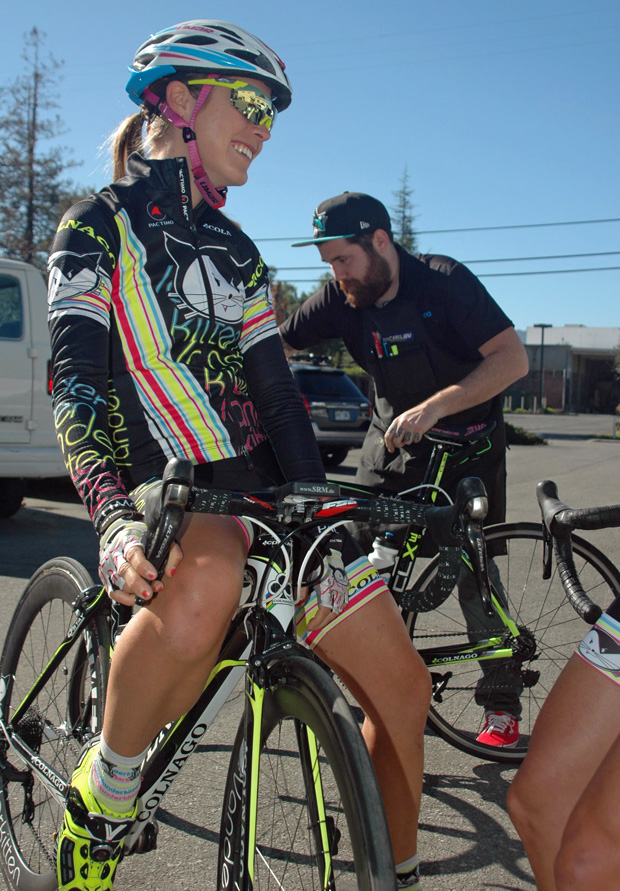 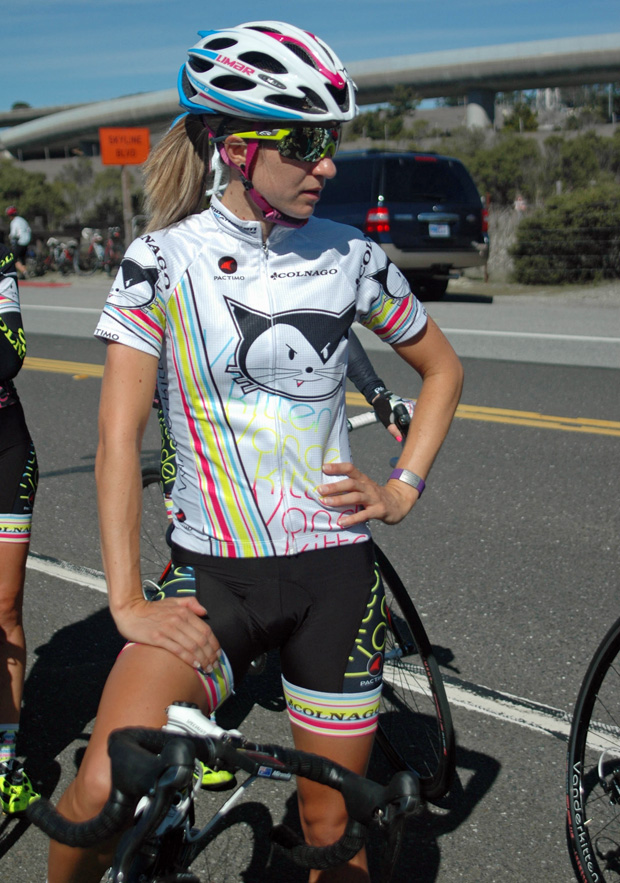 Some riders such as Kiwis Kate Chilcott and Sophie Williamson as well as Aussie rider Miranda Griffiths have already been racing Down Under. 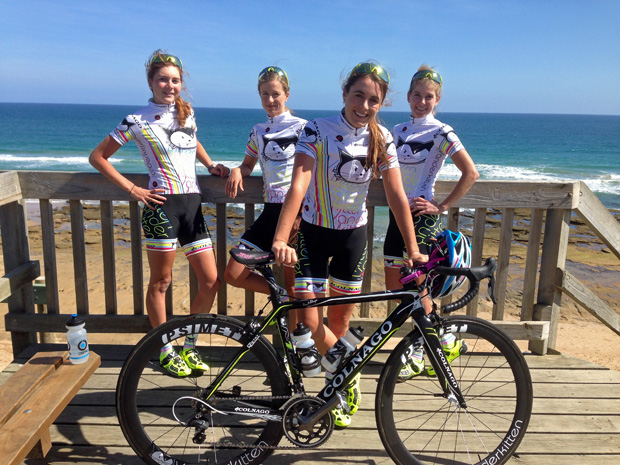 Enjoying the Australian sun Down Under at the Bay Crits.

American Elle Anderson just recently wrapped up a sterling cyclocross season which saw her place 15th at the UCI World Cyclocross Championships and secure the #1 ranking in the US Pro CX standings.

Talent abounds on the squad which also includes Canadian Gillian Carleton an Olympic bronze medalist on the track from London 2012 and Utah native Korina Huizar who won the US National Track calendar. Multi-talented Liza Rachetto has qualified for the Hawaiian Ironman Championships. 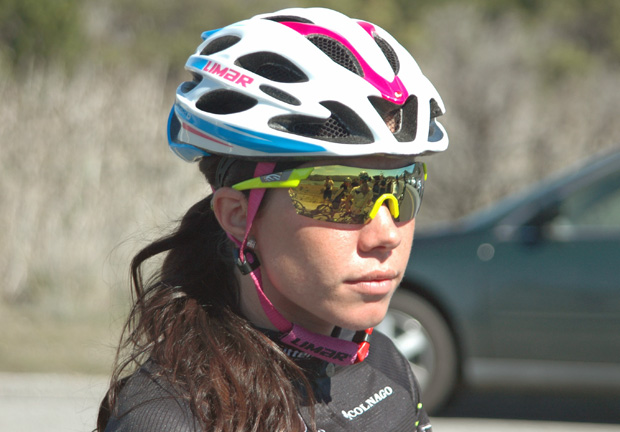 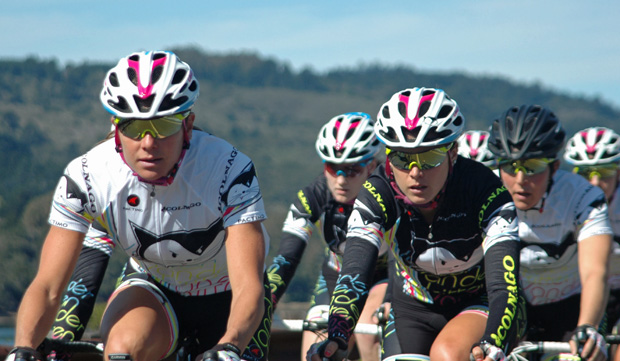 In it’s eighth season, Team Vanderkitten has endured in an environment which has seen many teams fold after only one or two years. “Vanderkitten has managed to continue for 8 years because there is a brand a mission that resonates with fans of cycling. The people involved really care about empowerment of women in sport- it’s not the marketing budget of a soft drink company or a cell phone company, The involvement of Vanderkitten is a two way street that is beneficial for the team and the sponsor,” said Coulter. 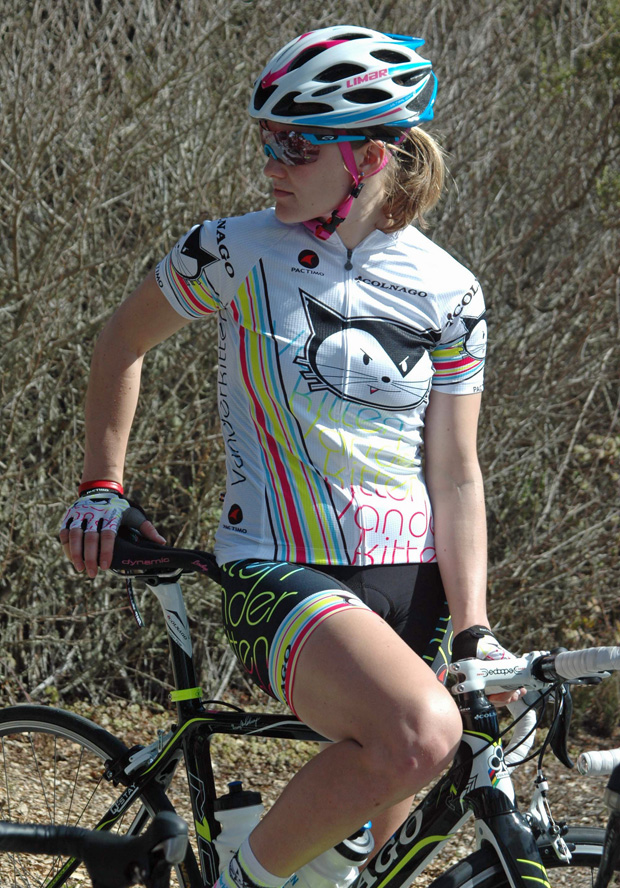 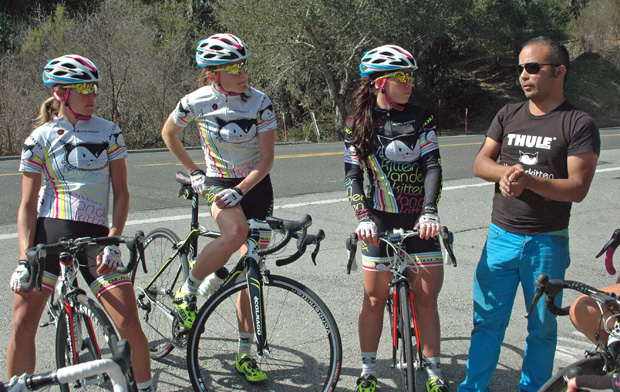 During it’s tenure the team has launched a number of professional cycling careers including Emily Collins and Liz Hatch. But, what’s with the name Vanderkitten? “Ophelia Vanderkitten is the actual real life cat of Dave Verrecchia and his wife Jennie Vanderlaag. Ophelia was a rescued stray who sort of kept other rescued cats in line when Dave and Jennie were coordinating a spay and neuter operation in their neighborhood. One day a bully tabby cat decided he was going to show who was boss. After a fierce confrontation, it was Ophelia who came out on top, bloody tooth and all,” recounts Coulter.

The popularity of the team is evidenced by the fact that Coulter receives about two resumes a day from riders interested in being part of the squad. And while, over the years, Jono has lost some of his riders to teams with bigger budgets he takes it all in stride. “I’m not worried about teams ‘poaching riders’. We build a nice environment and a healthy schedule, the riders who thrive in this atmosphere stay and are happy.”

As in previous years the teams 2014 schedule reflects some of the highest profile races in the Americas. “We have an ambitious program that kick started at the Bay Series Criteriums in Australia and will see us contest the major North American events including Redlands, Philly, Amgen Women’s Race, Tulsa Tough, UCI Tour de Delta, Cascade Classic and other events which have pushed Women’s Cycling into the spotlight,” said Coulter.