The last few years la Vuelta a España has made its big brother the Tour de France look a bit on the dull side. This year the Spanish Grand Tour will have to pull out all the stops to generate the same excitement as that French race. Time to find out what the feelings are at the road-side, or the bar-side from our man in Spain; Alastair Hamilton.

When the Pez and Chris asked if I could just pop down to my second office in the village and get the feelings on this year’s Vuelta a España from the “man on the street” or in this case at the bar, there was a big problem. I don’t usually need an excuse to go the bar, but the village fiesta was on last week and getting sense out of anyone would be impossible. 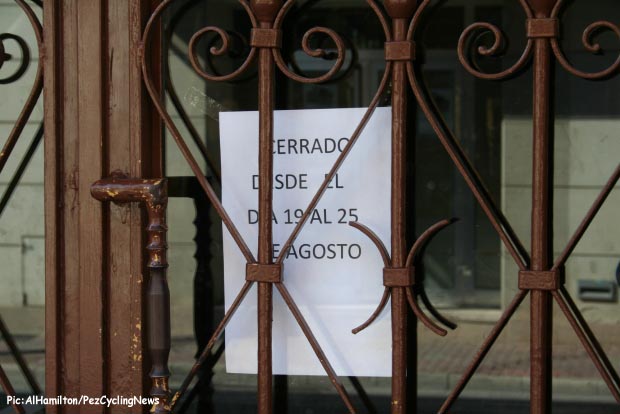 Plan B; go to the bar on Monday morning: Closed for Javi’s once a year holiday. Looking round the village it was obvious that things were not as normal, a little quiet, in fact it looked like the day after the end of the World as the streets were deserted. The banners from the peñas were still up, but the alfresco bars had shut up shop till next year. 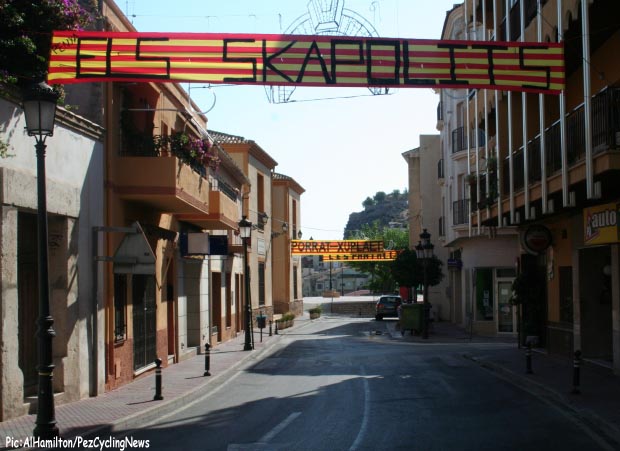 A peña is a collection of people who save money through the year to set up a bar for the week of the fiesta for them to have fun, drink, eat, invite friends and play loud music all night to keep me awake. If you are on holiday for the week it can be great fun, although you will probably need another holiday to recover 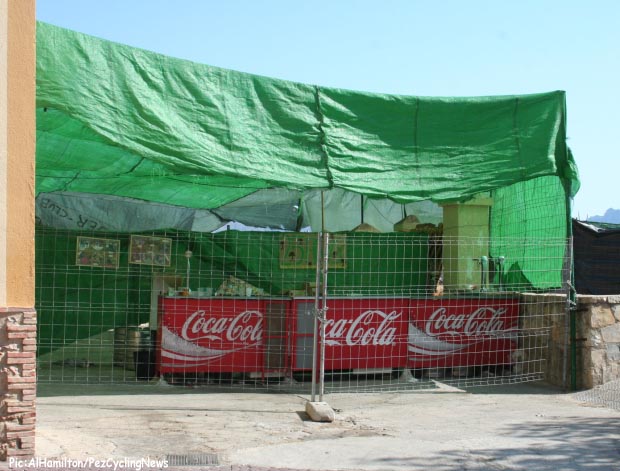 The “man in the street” was nowhere to be seen, second choice bar was Els Xorros run by Candido, its always much quieter than my usual haunt, but today there was only the ex bank manager; coffee, cigarette and the sports newspaper AS at hand, what does he think about this year’s home Grand Tour? 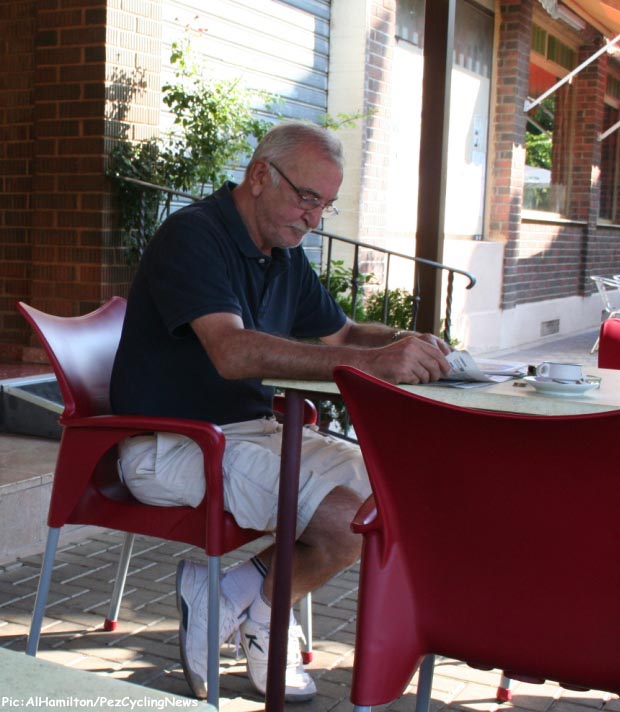 The bank manager has more time on his hands these days.

“It’s all in the north again, nothing near here.” This has been a regular complaint from the guys in the village. There was the start team time trial in Benidorm a few years ago, but the next day the race went south leaving the area.

There are 13 mountain stages with 11 summit finishes: “That’s great for TV and the fans and should give us an exciting race. I’ve retired now so I’ll be able to watch every afternoon on television, Javi will have it on in the bar.”

There is the possibility of 6 sprinters days, but this will be wide open as there are not many bunch fastmen on the start line.

Back in April I got together with Novo Nordisk Pro Martin Verschoor to talk about the newly released 2013 Vuelta a España course, you can read that here . 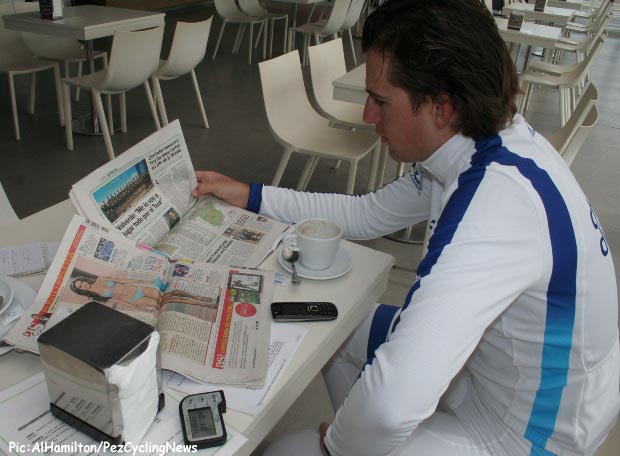 Martijn has his say.

OK, so who is going to win? “For me I would like to see ‘Purito’ (Katusha’s Joaquim Rodriguez) win a Tour, he has been so close, last year in Italy and then in la Vuelta and then in this year’s Tour de France he was very good. Then there is Valverde and the Italian bloke; Nibali, or maybe someone new.” 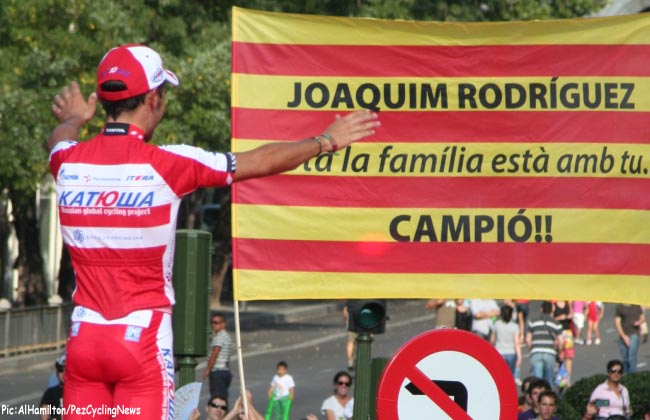 The next Vuelta winner?

The only other people in the village had more important things to talk about than bike racing, the price of rice these days and all that noise from the fiesta; “it gets louder every year.” 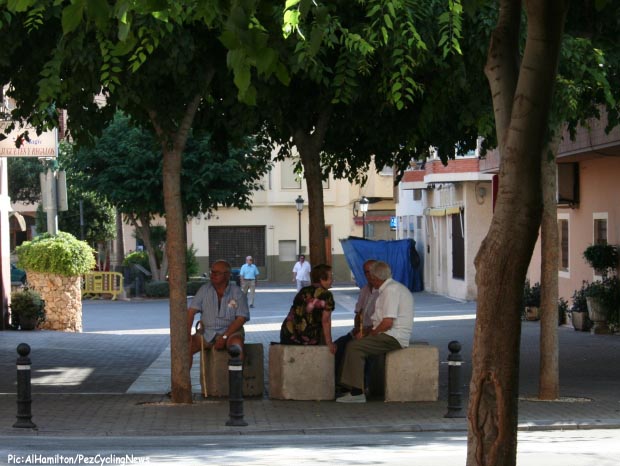 Are all the bars closed?

From a personal point of view the Vuelta a España has some great points: The fast short stages, the murderous summit finishes, the country side, the coast, the mountains, the food, the people and let’s not forget those podium girls. They are the best and here are two of my favourites from years gone by: 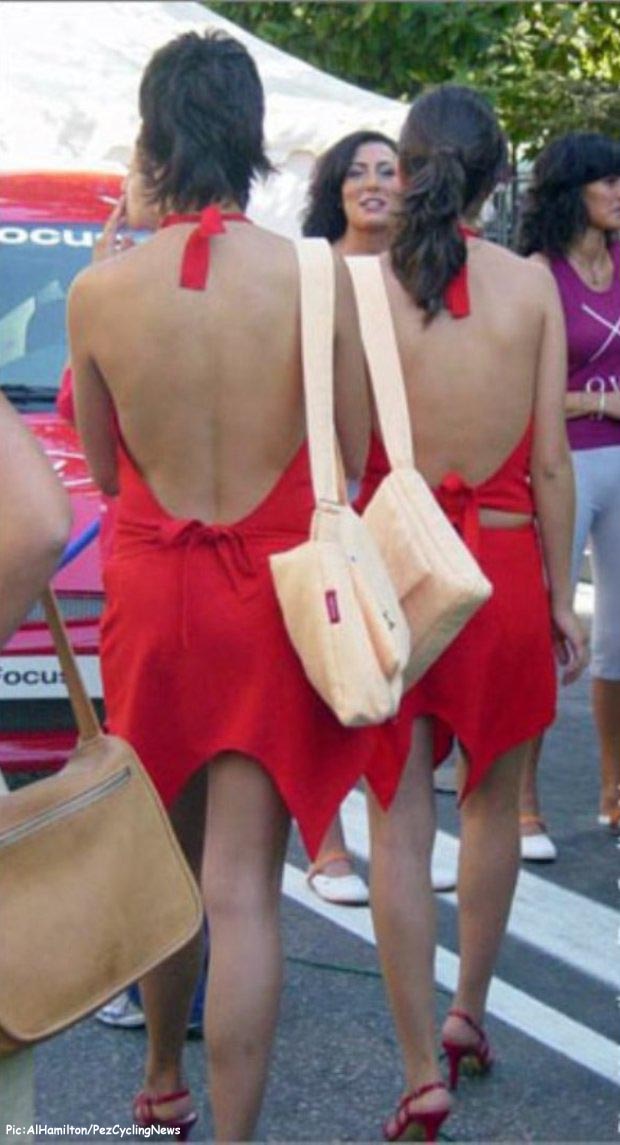 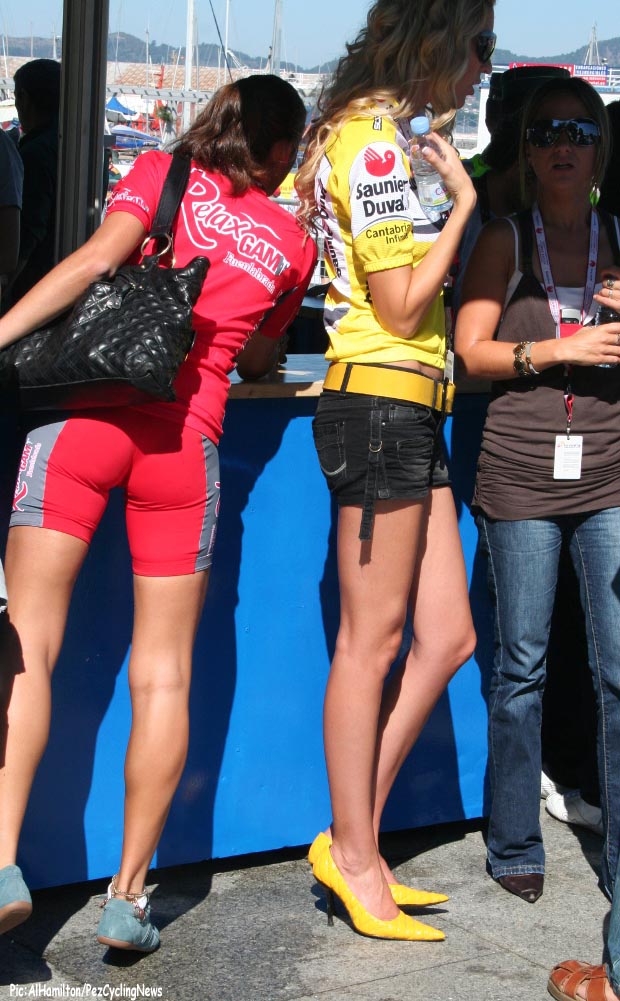 And from la Vuelta ’07, unforgettable!

There was one village inhabitant who really has no interest in cycling, although he does make the same noises as Spanish TV commentator and Tour winner; Perico Delgado. Any time there is an attack or big chase Delgado loves to make horse noises, it’s funny the first times you hear him, but now…. 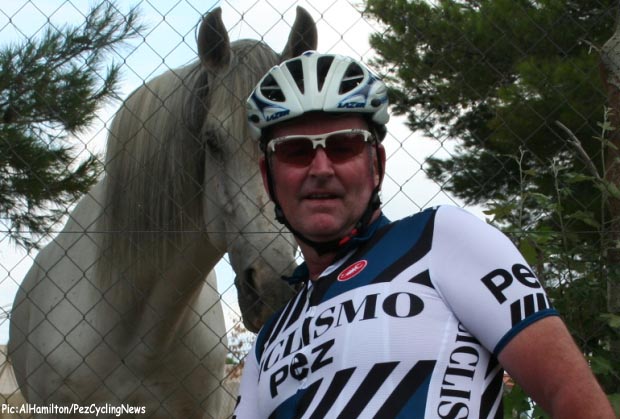 Bring on the best Grand Tour (probably) of the year!