It’s been a Vuelta where the form book means little; Nibali and Scarponi have cracked, so has Anton – that was my podium. But Cobo has amazed, Froome has surprised – and so has Vacansoleil’s Wout Poels.

The slim 23 year-old from Venray, Limburg in the Netherlands was fourth over the line in Saturday’s summit finish at Lagos de Someido – and but for the relentless Armstrongesque cadence of Cobo on the way to the science fiction film set that is the top of the Angliru on Sunday, would have won this most coveted of all Vuelta stages.

Poels took time to talk to PEZ on the race’s second rest day; the Dutchman lies 10th on GC at 4:13; but the top six is just over one minute away and looking very much within his sights if his current mountain form holds. 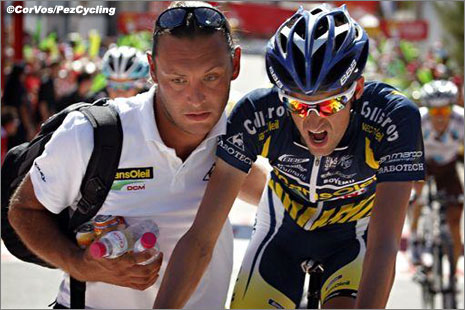 PEZ: Congratulations on your riding at the weekend, Wout – you started as a pro in 2006?
Wout Poels: With P3 Transfer Team, at the time the team of my manager at Vacansoleil, Daan Luyckx.

It was a good team, at Continental level; I was there for three years and achieved my breakthrough win in their colours – the overall at the Vuelta Ciclista a Leon in 2008.

I signed with Vacansoleil in 2009.

PEZ: If there’s a break, there’s likely to be a Vacansoleil in it.
WP: Yes, I think it’s because we’re a young team, we always want to go up the road and show ourselves to the public. 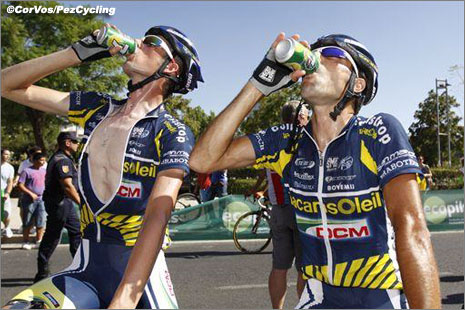 PEZ: Did that win in Leon give you a special affinity with Spain?
WP: It was my first big win – in fact, the hotel we’re in just now isn’t far from where I won Leon – and yes, I like to race in Spain, I like the mountains and the weather is usually good.

PEZ: Your first year at Vacansoleil was quiet?
WP: I injured my knee right at the start of the year, at the training camp and that meant I lost a lot of preparation – it was the end of the year before I was at the level I needed. 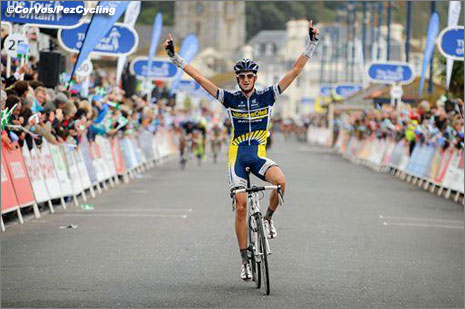 PEZ: You were third in the Tour of the Med and here you are racing hard in the Vuelta – a long season?
WP: Yes, but I had a break after Tirreno; I took a week off the bike and then eased myself back in to training – I still feel fresh and eager to race.

PEZ: The Tour de L’Ain, you won a stage this year, again.
WP: Yes, I don’t know why but it’s a nice race for me – I got my first win there with Vacansoleil last year.

This year I was second on GC, I was leading going into the last stage but David Moncoutie (Cofidis) was very good that day and pushed me down into second. 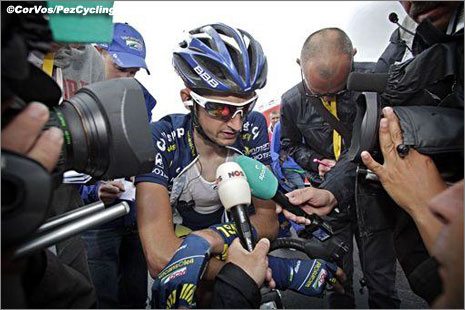 PEZ: The Tour de France didn’t go well for you.
WP: It was a little bit shit! I got sick on stage six or seven and there was nothing I could do – I was really disappointed to have to go home.

When I was home people wanted to talk about the Tour, but I couldn’t bear to watch it on the TV – that was a very boring time!

When I started training I again I was able to get condition quite quickly and had a good Tour of Poland, I was second to Dan Martin on a stage and fourth on GC.

PEZ: The Vuelta – the TTT wasn’t best for Vacansoleil.
WP: No, the strong guys didn’t want to blow the team up and we lost time – but it’s behind us and we have to live with it. 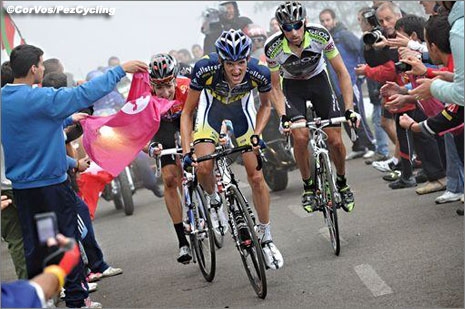 PEZ: Was the weekend of Lagos de Someido and Angliru a specific target?
WP: Yes, I was really looking forward to those two stages – after the first week I felt good and I’d heard so many stories about the Angliru – it’s a stage I’ve always dreamed about riding.

PEZ: You looked disappointed at the top of the Angliru?
WP: Yeah, I had really good legs, but when Cobo went there were still five or six kilometres to go and I thought it was maybe too far – I have to learn what my body is and isn’t capable of.

I was afraid to gamble and waited in the wheel of Wiggins and Froome but Wiggins cracked and it was Froome who took it up. 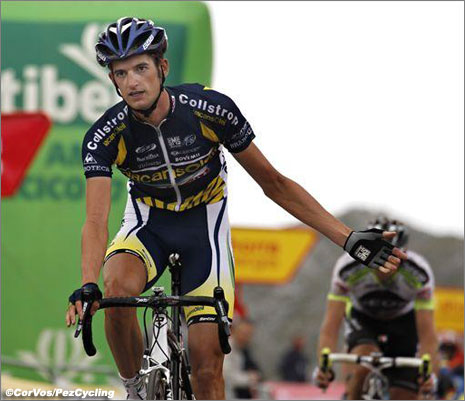 PEZ: Wiggins and Froome have been going very well.
WP: I don’t know what the Sky tactic will be but I think that Froome was stronger than Wiggins on both stages at the weekend.

PEZ: Cobo will be hard to budge.
WP: I think that he has a very good chance to win – he has Menchov and Sastre to support him; both of them were very strong on the Angliru and I think it will be difficult to beat Cobo for the victory.

PEZ: Tuesday’s stage 16 could be defined by cross winds?
WP: Yes, I think it’s a most important stage and I will have to be careful – always in the front. 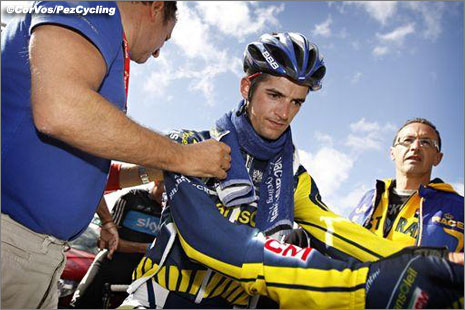 PEZ: Stage 17 is the last big opportunity to upset the GC.
WP: It’s the last chance to do something; if I’m to take a stage win or improve on GC then it will have to be on Wednesday.

PEZ: And what will be your treat, when you get to Madrid?
WP: I’ll be going directly to McDonald’s!

***
But remember – the Big Mac comes AFTER the Angliru.

With thanks to Frank Kwanten and Ard Bierens at Vacansoleil for organising the interview.