For Jan. 1 I usually write an editor’s message, looking back and then ahead to the next year. This year I thought would be cool to try something different – I asked some of the PEZ-Crew for a few words on what they’re “Looking Forward to in 2014″.

Richard Pestes – The PEZ
For me it’s going to the 2014 Tour de France – I was last there in 2003, but I’ve already booked my flights to France to cover the Vosges mountains and Alps.

I got my first taste of the World’s greatest bike race in 1986 when I stumbled out of the train in Paris to catch the final laps of LeMond’s first win. I recall easily crossing the Champs Ellysees and finding myself wandering around the Place de la Concord as the racers charged down from the Arc de Triumph. ‘No gendarmes’ was pretty cool, and something that will never happen again.

In 1990 I chased the race through the Alps, and loved every minute, except for the 24hour food poisoning picked up in Grenoble, and my amazing recovery over a plate of pasta in Torino (an interesting reaction to two different cuisines)…

I was last there in 2003, the best Tour I ever saw, when Lance was on the ropes every day, and each stage brought some completely unexpected and totally amazing feat of bike racing.

But I love the Alps, and am keen to explore the Vosges mountains for the first time – I’m looking forward to this Tour more than any in the last decade.

Stephen Cheung
I often joke that I got into science so that it could pay my travel bills. 2013 was a relatively quiet one for that unless you count three weeks in New Zealand, but we’ll be making up for that in 2014. 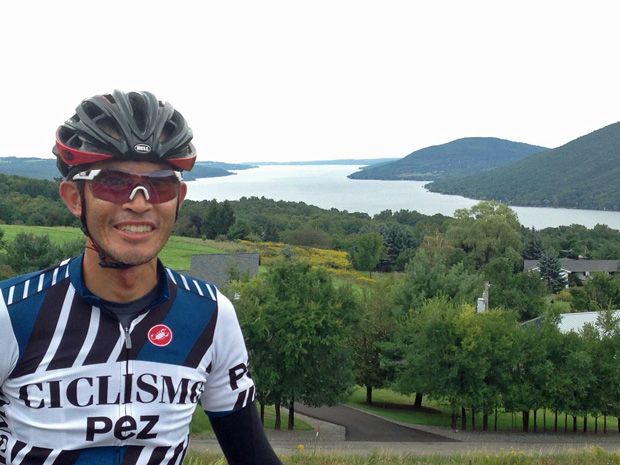 Stevo enjoying yet another ride in some far away country – all in the name of science of course!

There should be a couple of trips to Amsterdam, one of my favourite Euro cities, and hopefully they’ll be timed so that I can join my Dutch friend in celebrating his 50th birthday with a trip up Ventoux. I’m also looking forward to a new cycling science book that I’ll be co-editing with Mikel Zabala, performance director for the Movistar team. Science, travel, and bikes. Doesn’t get much better in my books!

Chris Selden
There’s no doubt that 2013 was a tough year for Professional cycling with the loss of numerous sponsors and teams the employment market has been very difficult. Surely never seen before, here we are on the 1st January and the recent winner of the Vuelta still doesn’t have a contract for this year.

For every negative though there are positives and for me it’s the fact that less WorldTour teams means more wildcard invites to the GrandTours, classics and all the big races. Smaller teams like Bretagne-Séché Environnement, NetApp-Endura and the like now have a real shot at making the Tour de France and I love it when the small teams compete and even better – win a stage like NetApp did in the Vuelta this year. Each and everyone of the riders on the Professional Continental teams know that early results will get them the invites necessary so look for these squads to come out firing from the vey first race. 2014 should be a good one!

Alastair Hamilton
When the Pez asked me for my hopes for 2014 I must admit the thought of a lottery win came to mind, but no, it’s from a cycling point of view I guess. Like everyone I don’t want to see any positive drug controls this year to prove that the page has been turned. I guess the boring answer is to see as an exciting season in ’14 as we had in ’13, the Tour de France has lifted its game and followed in the wheel track of the Vuelta a España and the Giro d’Italia and has got interesting. The return of Tom Boonen to do battle with Fabian Cancellara on the cobbles is probably the main thing for me, that and maybe going to some stage of my home Tour, La Vuelta, plus the World championships are in Spain this year, so maybe I’ll get to go there?

Or maybe Fabian will be taking up imitating more film stars next year when I interview him again….. 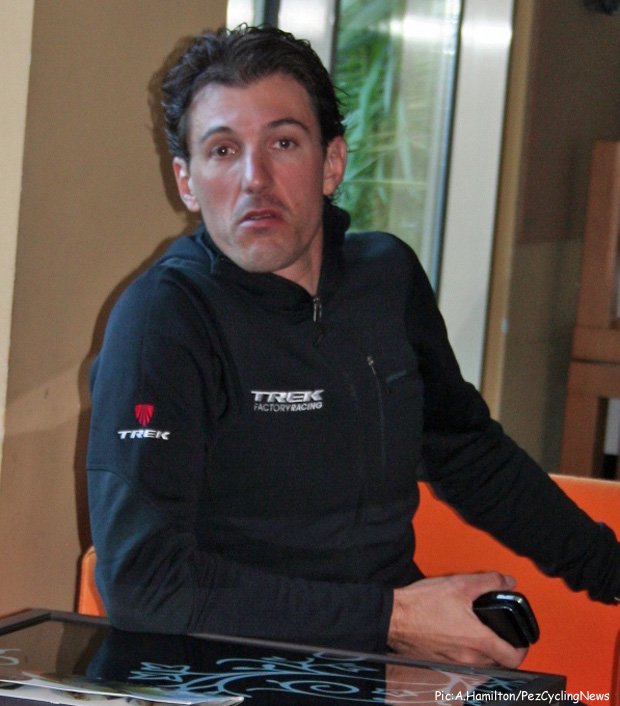 Spartacus a.k.a Robert De Niro – “You looking at me?”

Alessandro Federico
As every winter comes I like to go through the things that happened last season and give me new targets for the incoming year. Doing more (in terms of quantity) than 2013 it’s really hard but in terms of quality I will try to do really more. Something I look forward to is to write some route previews. I may sacrifice some afternoons in family but I think that it is worth it to check out some new routes. At least for those races which are not far from home; I have the luck “to live in place” differently from many other Pez reporters and I would like to give some nice route preview to Pez readers knowing very well some of them. The first one is Strade Bianche. It should be very nice to discover all hidden places of this beautiful race in Tuscany. But there’s more: the Pompaiana climb is the new addition of the Sanremo, I’ve been already there in mid December and I’m working on pictures to show you something really new that will probably change the Classicissima. 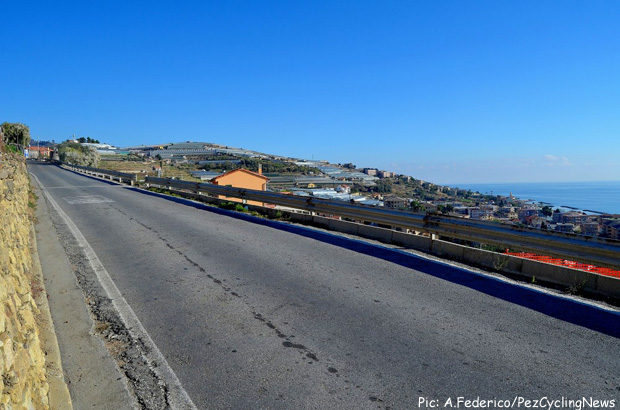 A sneak peek at the new Pompaiana climb that could completely change how Milan Sanremo plays out this year.

Than I have to show something about the Carpegna stage at Giro (stage 8). They are lovely places but now are ski runs at the moment. I have to wait the time the road will be back to tarmac. So really looking forward for something new from me and hopefully something better than usual from my side!

Leslie Reissner
In addition to attending the Six Day Races in Rotterdam and Berlin in January, I am looking forward to covering the Tour de Romandie for the first time in Pez history but maybe not as much as riding myself at “In Velo Veritas” through Vienna’s wine district on my 1975 Rickert Spezial in June. Or discovering new scenic roads in Franconia. Or getting fitted for a new custom Italian steel racing bike in Tuscany. Every year brings something great in cycling and something fun to share with readers – Happy New Year to all!

——-
Thanks again to everyone for reading, and making 2013 our best year ever at PEZ, and here’s to 2014 – may it be full of great racing, sunny ‘wind at your back’ riding days, and the chance to meet a few more of you out there on the roads.

Happy New Year from all of us at PEZ.
– Richard Pestes
Publisher

Movistar Team Kit is Ready to Go; One for Quintana, One for Valverde, One for You