Things are not as good as they used to be in Spanish cycling, look back to 2006 and there were four ProTour, five ProContinental and five Continental Spanish teams registered with the UCI. In 2013 there are two ProTour, one ProConti and two Conti. Add to that the top Spanish rider, Alberto Contador, rides for a Danish team. So what went wrong in Spanish cycling?

I recently met a young Spanish ex-professional rider who was working at a training camp for Sports Tours International on the Costa Blanca; Claudio Casas was a successful amateur, turned professional for Comunidad Valenciana in 2006, moved to Andalucia-Cajasur for 2007 and 2008, then finished his career with Contentpolis-AMPO in 2009 at the age of 27. Claudio still trains like a professional with some of the local Pro’s near his home in Murcia, plays guitar in a rock band and is studying at college. He has strong feelings on Spanish cycling and doesn’t hold back. 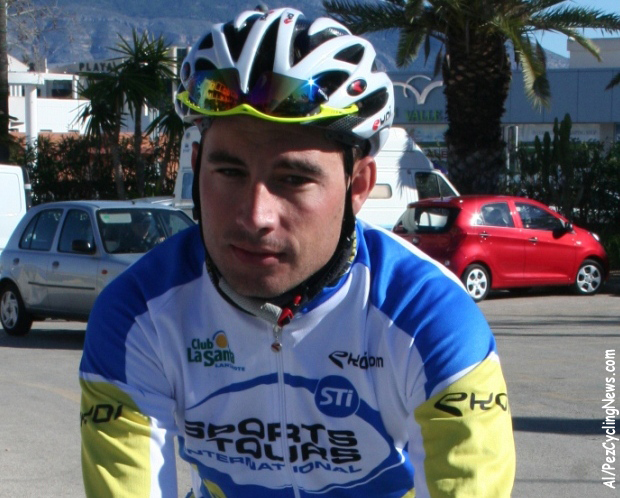 PEZ: How did you become interested in cycling and progress to being a professional?
Claudio Casas: It was back in the early 90’s, at that time Miguel Indurain caused a sensation winning Giro and Tour in the same season, nobody had ridden in my family before, but we all got together watching the amazing Indurain’s performance. I had always been keen on endurance sports and I decided joining the local club.

PEZ: What brought your career to an end?
Claudio: It was actually a combination of circumstances. After some years riding for low-budget teams, you can lose any trace of motivation; when you are bending over backwards with training, diet, rest, etc. and no-sportive factors hinder your performance, there is no point in spending your time in cycling. I can clearly remember when I was going to one of the classic Spanish races, all ready to do my best and the team had not brought my bike. The same season I was intended to have a good performance in La Vuelta a España in order to be able to get a better team, but I was excluded from the team since I claimed the wages that they owed. Besides, the team disappeared like some others here in Spain. Taking into account the declining situation, I opted to move forward and finish my degree and change my life. 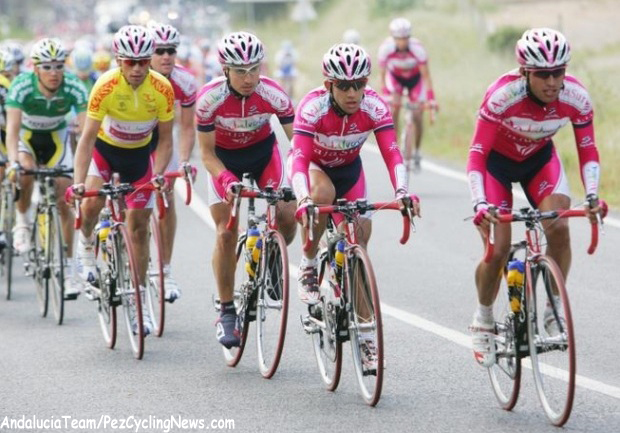 PEZ: You came through the system from amateur to professional, why would that be difficult for a young rider in Spain now?
Claudio: It was difficult for me as well, but at least we had the chance; at that time, there were many races all around the country and lots of amateur teams. Nowadays, most of the teams have disappeared and trying to become a professional cyclist seems to be a bad-prospect task. Indeed, there are not many riders in the amateur field and just a few races.

PEZ: It wasn’t that long ago that there were more Spanish professionals than from any other country, why was it like that then and not now?
Claudio: As I said before, there was a flourishing amateur field ten years ago, and many of us performed very well even in international competitions, but we managed to become professional in national teams. Probably, there is still great potential here but there aren’t enough races and professional teams. 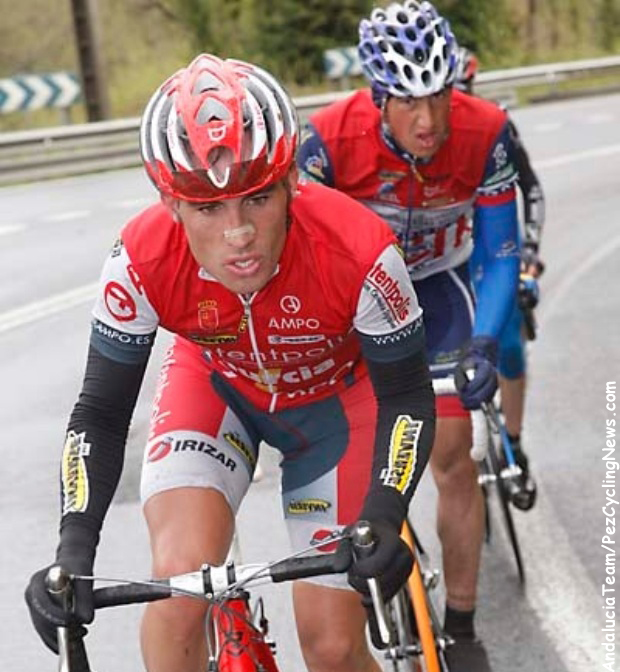 PEZ: Can we blame the financial down-turn for their only being two Spanish WorldTour teams in 2013?
Claudio: Absolutely, many people would like to make a living from cycling; mechanics, masseurs, managers and riders. If there are no teams, it is because the lack of sponsors. The recession compels many companies to cut down in advertisement and cycling has been directly affected. On the other hand, cycling has been proved to be a really effective mean of advertisement but the Spanish media is ruthless with this sport.

PEZ: In this area, there used to be the Tour of Valencia and the one-day Luis Puig Classic, they have gone. The tour of Murcia has gone from a week long stage race to one day, all that must have had an effect on Pro cycling?
Claudio: If just in the very first month of the season there were nearly 20 competition days, the teams would need more riders. Moreover, some of the sponsors are not interested anymore in cycling since the races are not passing along their area anymore. There are no children having a day off to witness a cycling race, it is a kind of vicious circle that is turning the condition of cycling to the worst.

PEZ: What about the drug scandals, have they had an effect?
Cloudio: Oddly enough, it is the only time in which our sport appears on TV, but, obviously it seems not to be the best image for a sponsor. I find it lame denying this evident problem but after Festina´s scandal cycling kept thriving, thus, I think that it is more related to the financial down-turn. 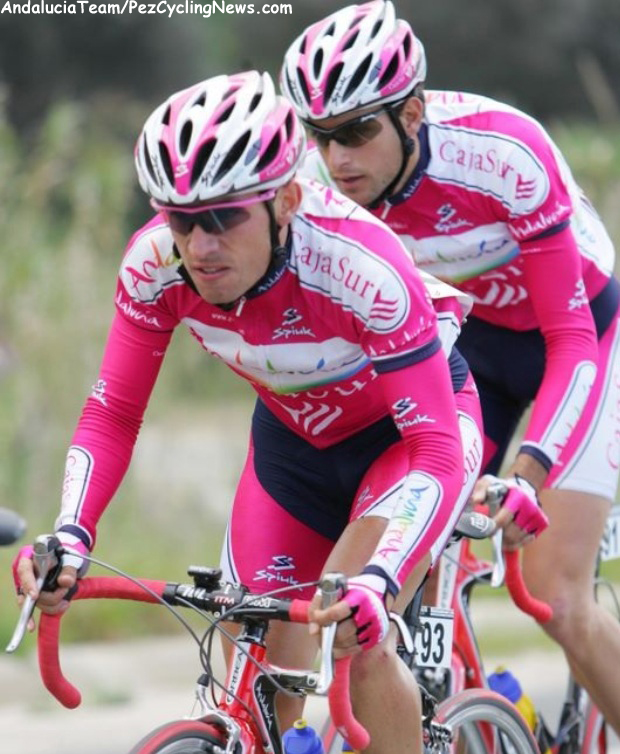 PEZ: Could the older professionals that are still riding do anything to help the situation?
Claudio: Maybe they could, but, as I realized in my years as a professional, veteran riders who have already achieved a successful career are more concerned with finishing their days as athletes without any trouble. The ones who have confessed cheating had some other reasons such as avoiding a suspension or starting a new career (as a cycling manager, politician, etc). Probably, the most interested in changing the situation in cycling are the ones who have a long future ahead.

PEZ: The top riders who have been caught and suspended are back racing and still have big pay cheques, should there be stronger financial penalties? And how do you feel about the wages they still receive?
Claudio: In my opinion, if they still get big wages it’s because they still have a good asset as riders. The most annoying thing is that many riders have made really big money by using illicit means. Therefore, some of the riders who have been proved to have worked with Dr. Fuentes earned millions, while others just struggled to keep up with the pace they set. If you see the issue in the light of money, the result is completely annoying, but the same happens in any other field of life. From my point of view, it pays to have done my best, I feel at peace with my sport if I look back, although at one time I felt remorseful about the way I had managed my career. 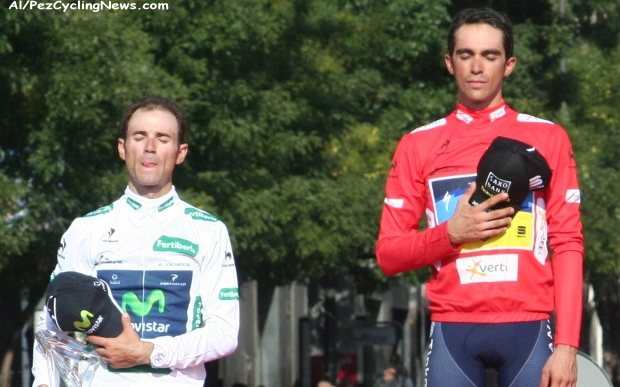 Are Valverde & Contador watching the death of Spanish cycling?

PEZ: Do you think Spain is any worse than other countries for doping?
Claudio: Not really, if you have a look in Fuentes’ case summary, you’ll find that there were “clients” from all around Europe. Maybe, the main difference is that in some other countries they have been proclaiming their cleanliness. Probably, this issue has nothing to do with nationality.

PEZ: From what you know, do you think things have changed with the young riders now?
Claudio: The big repercussion given by the media to the doping issues has worsened the situation definitely. Here, there were many publications with detailed lists of drugs in the newspapers. As a consequence, some of the young riders consider getting the same drugs in order to find a place in the professional bunch. On the other hand, most of them are more and more concerned about the importance of make a complete change of our sport. 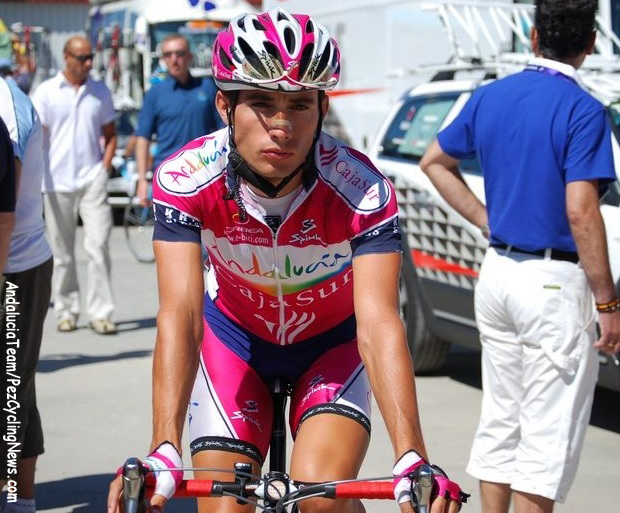 PEZ: What about other sports, they don’t get the same examination by the media?
Claudio: This is a really annoying situation; in a sense, cycling is a scapegoat. In any sport with money involved there is the doping issue, but the media is unfairly focused on cycling. But, unlike other sports, cycling lives through advertisement and hence, through media. If we aren’t perceived as a good image for sponsorship, our main financial source is in danger.

PEZ: Can anything be done to turn things round in Spanish cycling, or do we just have to wait?
Claudio: Probably we have to do both, change many things and wait. We need to re-gain credibility and wait for more media support. If we get that, things will improve for sure, but the ugly truth is that we will have to wait for ages until we have a new generation of Spanish riders like the one we have nowadays.

PEZ: What is the future for Claudio Casas?
Claudio: At the moment, I’m working for an English company as a cycling guide, I’m studying an English literacy degree and I will take state exams this summer in order to become a teacher. As you can see there are many irons in the fire; I never stopped studying and it gave me some extra options when I finished cycling. Actually, my job as a guide combines my two passions cycling and English language which is not very easy to find. 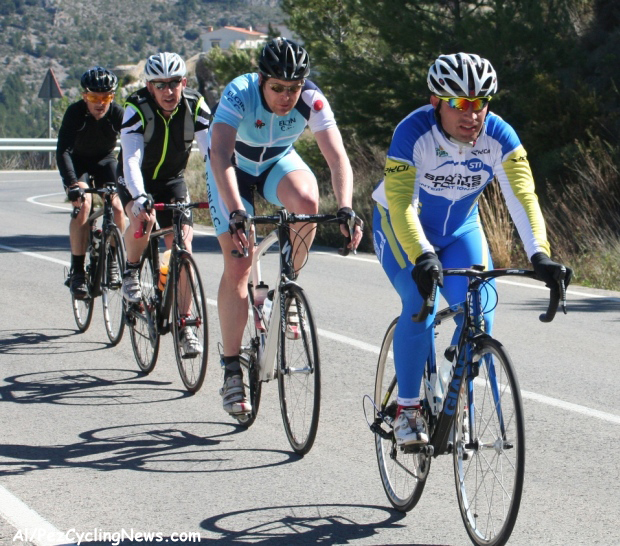 PEZ: Will you always be a cyclist?
Claudio: There was a time when I thought I would never ride again, but nowadays I think I will always be bound to cycling. I have ridden more than 20 years and I feel in my element on my bike, of course, my approach towards cycling has changed a lot and I can ride aimlessly now. Besides, I´d like to stay in touch with cycling not only riding but guiding, teaching, or directing.

****
It’s not an easy subject for someone who has been part of the professional cycling scene to talk about, when you have had team mates and friends who have maybe not been the cleanest of riders. Omerta is one thing and talking about your mates is another. Claudio will always be a cyclist, but he has other options and new horizons, but what about the sport? Only time will tell.