The countdown has begun to the kick off for the 74th edition of the Tour de Pologne – UCI World Tour.

There are exactly 100 days left until the Grand Depart of the most important bicycle race in all of Eastern Europe, the only one around these parts of the Old Continent that is on the calendar for the UCI World Tour, the premier league of world cycling. The START has been set in Krakow, the historic and cultural capital of Poland, on Saturday, July 29th. There are 7 stages scheduled for this Polish stage race, which will take place from July 29th to August 4th. The route and all the details regarding the 2017 edition will be revealed during the official presentation on Monday, May 15th, against the spectacular background offered by the Pruszków velodrome. This structure lies just on the outskirts of Warsaw. It has already served as a location in the World and European Championships and has become a temple to Polish cycling.

The Lang Team organization machine is working non-stop to set up another fantastic edition. “For us these 100 days will be an extra-long sprint, during which we will give it our all to pull off a high level event. Every year the Tour de Pologne manages to bring awesome thrills to fans throughout the world, and we’ve carved out an important space on the international cycling calendar. It’s enough to just look through recent yearbooks and observe the final podiums in the last editions to find important names as well as young talents. I’m thinking about the two-time World Champion Peter Sagan, but also about our own Rafal Majka (winner in 2014) and Michal Kwiatkowski (second in 2012); then there is Daniel Martin, Jon Izaggire, Tim Wellens, Sergio Henao, Fabio Felline and many more still. Furthermore, every year we manage to feature a starting field full of impressive names,” explains the General Director for the Tour de Pologne, Czeslaw Lang.

“We are putting the finishing touches on the 2017 route; I can reveal that this year we will be taking off from the final finish line in the latest editions, in Krakow. Following tradition, the most gruelling mountain stages will be featured as the final fractions after an initial phase dedicated to the sprinters. As always, the professional race will be run parallel to the kids’ event called the Nutella Mini Tour de Pologne, which in 2017 will see Nutella with us for their 10th consecutive year. Then there is also the amateur race called the Tour de Pologne Amatorow. I don’t want to give anything else away; to get more details just wait a few more weeks until the presentation, which will be held in Pruszków,” concludes Czeslaw Lang. 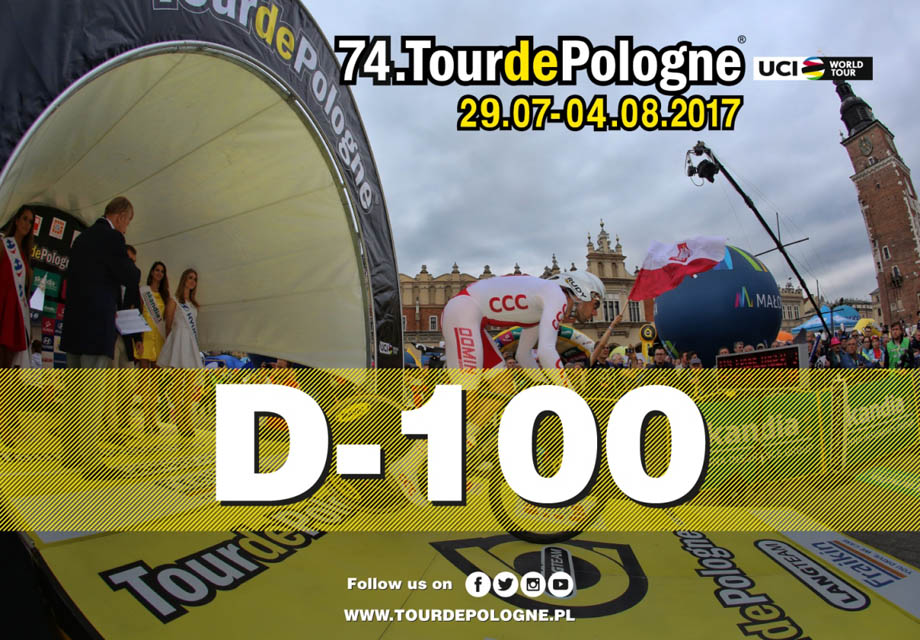