Tenth seasonal podium for Maximiliano Richeze, who obtained the 2nd place in the 12th stage of Tour of Qinghai Lake.

At the end of 119,5 km from Shapotou Park to Zhongwei, LAMPRE-MERIDA’s sprinter fought once again against Modolo and Modolo won, but for no more than a half wheel (photo www.tuttobiciweb.it).

Another blue-fuchsia-green cyclist, Andrea Palini, had been protagonist during the stage, joining a breakaway (7 riders) that led the race starting from the early kilometers until 4 km to go.

“Team performance was good and the sprint by Richeze was even better, but Modolo was again too strong – sport director Matxin pointed out – Anyway, I know the big will by Maximiliano to get to a victory and Tomorrow he’ll have the last chance: I think he’ll be able to obtain what he wants”. 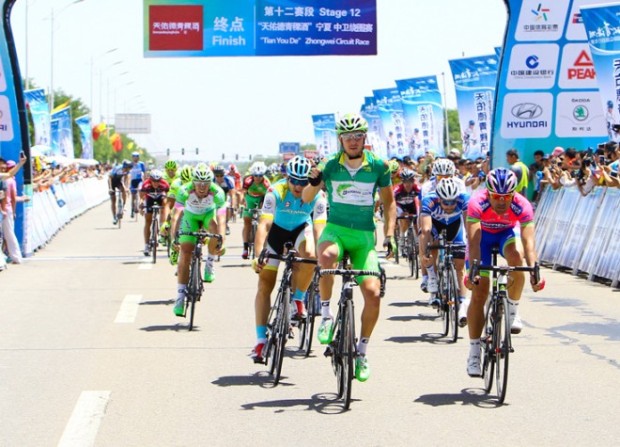