Tinkoff-Saxo will field no less than 17 of the team’s 30 riders throughout the World Championships in Richmond with six riders having participated in Sunday’s TTT, while two riders will take on the ITT before 15 riders will embark on the final, contested Road Race.

With the World Championships taking place in late September, reaching Richmond with 17 riders in the best possible shape off the back of a long season has been a challenging feat.

“We’re happy to see that more than half of our team riders take part in the World Championships this year. I see it as a testimony not just to the general level on the team but also to the professionalism of our riders. They’ve all had a long season and many of them come almost directly from the Vuelta – but they remain motivated, otherwise you wouldn’t be at the Worlds. It’s a special honor to represent your country, it only happens once a year and the rainbow jersey, whether from the ITT or Road Race, is a prize that inspires the riders”, says Steven de Jongh.

While Peter Sagan, Michael Rogers, Michael Valgren, Manuele Boaro, Maciej Bodnar and Chris Juul-Jensen took part in Sunday’s team time trial, where the squad’s ambitions were stopped by a 60km/h crash, 15 of the team’s riders will be at it again during the week, pending last minute changes.

Maciej Bodnar and Chris Juul-Jensen will embark on the race against the clock Wednesday, while the full list for Sunday’s grand 259km finale is as follows:

“In general, despite crashes, injuries and unforeseen accidents, we feel that we, together with the riders, have managed to plan their season in a way that allows them to be ready for what it takes to be competitive in a 259km race like this. Additionally, several of them will also do the individual time trial, where a rider like Bodnar stands a fair chance of reaching a top result”, comments Steven de Jongh before adding:

“The Worlds Road Race is something unique. It’s a waiting game and we are going to see some of the bigger nations taking responsibility. Peter Sagan is one of the big favorites, Slovakia might not have the strength in numbers as other nations but it goes without saying that we all think that he deserves a top spot after fighting continuously throughout the season”. 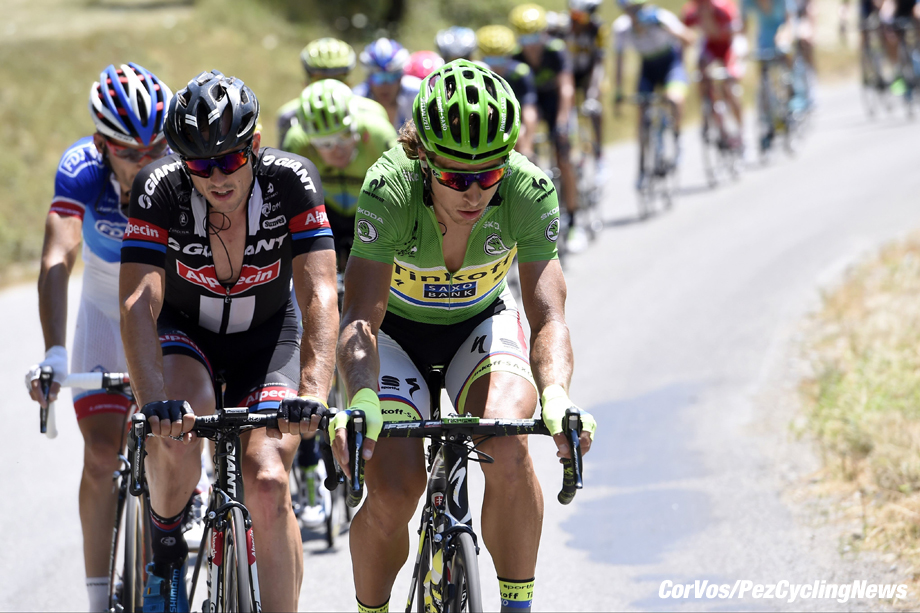 WORLDS’15 Women’s ITT: The Hero And The Villumsen

Michael Carbel: Anything can happen in the finale