Wauwatosa, Wis. Following up on a record-breaking fifth year in 2013 featuring 6,200 starting cyclists from 13 countries and 43 of the United States competing for more than $150,000 in cash and primes before 150,000 spectators, race promoter Midwest Cycling Series, LLC, has announced the 2014 schedule for the Tour of America’s Dairyland presented by Wisconsin Milk Marketing Board (“ToAD”). The sixth year of the omnium competition will travel to 11 Wisconsin communities in as many days, June 19-29, 2014, and include two dates on the USA Cycling National Criterium Calendar (“NCC”) and bring one new closed course venue into the ToAD fold. 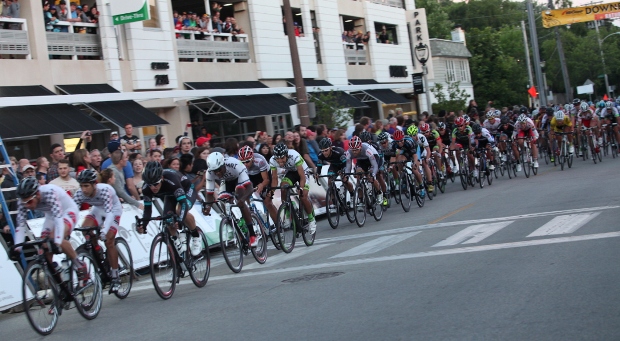 Thursday, June 26
To Be Announced 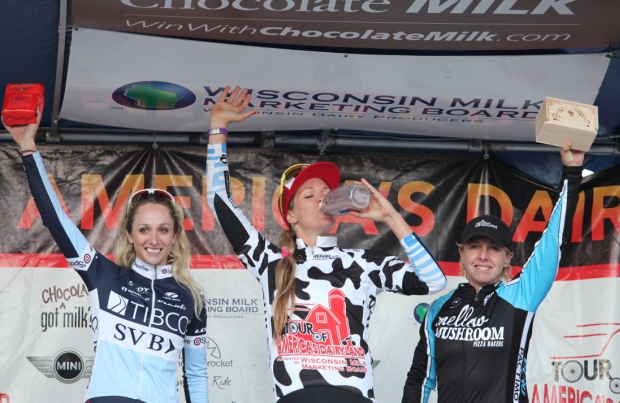 The 2014 line-up includes a new venue for ToAD – a circuit race at Wisconsin State Fair Park’s Milwaukee Mile, the oldest operating motor speedway in the world. The asphalt-paved one-mile oval combined with the twisty infield circuit course will make for a fun, closed race for both athletes and spectators. The final 2014 ToAD venue will be announced in February. 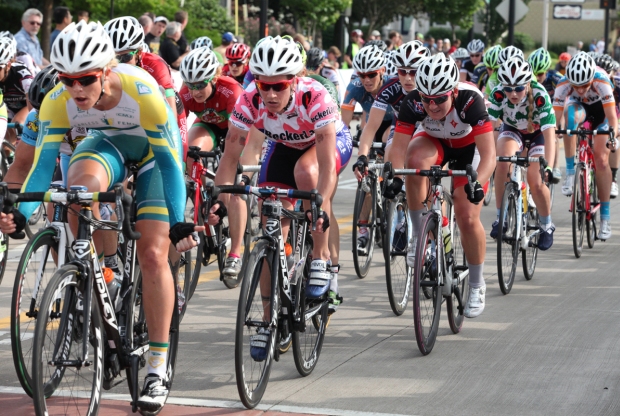 Online registration is expected to open in March. Updates will be posted on the Official Website (www.TourofAmericasDairyland.com), on Facebook (Tour of America’s Dairyland), and on Twitter (@ToADcyclingrace). 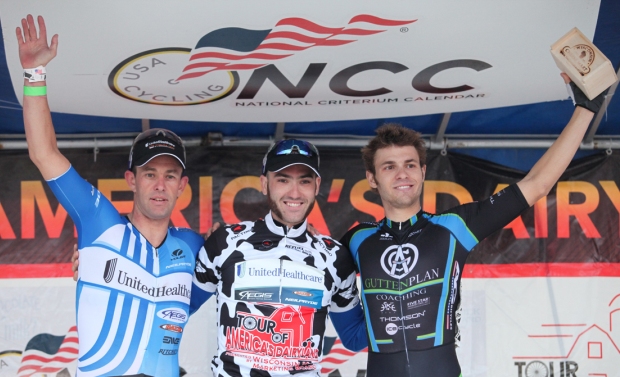 About Tour of America’s Dairyland
Over $150,000 in cash and primes was awarded to racers of multiple categories, including more than $11,000 in cash primes alone at the ISCorp Downer Classic during the 2013 Tour of America’s Dairyland presented by Wisconsin Milk Marketing Board. Nearly 6,200 racers took to the ToAD start line over the course of 11 days with 14,000 carton of low-fat chocolate milk chilling on ice to aid in their recovery at the finish. Taking home the coveted Overall yellow cowprint jersey was Ricardo Escuela (Predator Carbon Repair) with Alexander Ray (ISCorp pb Intelligentsia) and Jeyson Camilo Ulloa (Indeportes Boyaca) rounding out the Pro Men’s podium. On the Pro Women podium, Samantha Schneider stood tall in the Becker Law pink Overall jersey, with Laura Van Gilder (Mellow Mushroom) and Cari Higgins (ExergyTWENTY 16) standing at her sides in second and third, respectively.

About the USA Cycling National Criterium Calendar
Created in 2012 to showcase the country’s top criterium-only events, the National Criterium Calendar (NCC) recognizes the best crit racers on American soil by employing a season-long rankings system that identifies overall men’s and women’s series leaders. Recognized by the United States Olympic Committee and the Union Cycliste Internationale, USA Cycling is the official governing body for all disciplines of competitive cycling in the United States, including road, track, mountain bike, BMX, and cyclo-cross. www.usacycling.org/ncc