The 2016 Amgen Tour of California (May 15-22) starts tomorrow with 144 riders (18 teams), and the most ever WorldTour teams (10), preparing to face-off over a 782-mile course from Southern to Northern California. For the eleventh annual stage race, this year’s field includes 11 World Champions, five Olympic medalists and Rio Olympic hopefuls.

More details about the 2016 Amgen Tour of California rosters HERE. 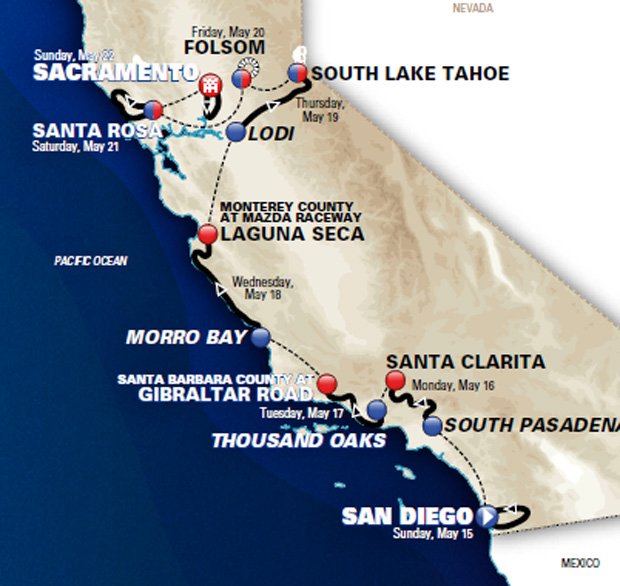