Almost 24 hours after he claimed the gold medal in the road race at the 2016 Olympic Games in Rio, Greg Van Avermaet shared what it means to become an Olympic champion.

Greg, it’s now 24 hours after you won the gold medal in the road race, has it sunk in yet?

“Yeah a little bit I think. It was something really big. It was pretty nice to win a race like this. I was never expecting this but it was the best feeling in my cycling career ever I think. It was just a great moment and I’m really going to enjoy it.”

You were modest about your chances of medalling before you arrived in Rio. After seeing the course were you more confident of your chances?

“I knew it would be hard. When I first saw the parcours I thought it would be on the limit of my skills and it was a really hard climb in the end. I just tried to believe in myself. I was in good shape after the Tour de France, I was climbing pretty well but I knew also that in a race like this everything would have to go perfectly to win. I just tried to anticipate a little bit and be up there, and that’s how I won the race.”

In the last three kilometers of the race when it was down to you, Jakob Fulgsang and Rafal Majka, were you confident or was it only after crossing the line that you could realize that you had won?

“You never know in a hard race like this. I was feeling really confident in my sprint. First I wanted to catch back Majka, I think this was the main goal. And then after this I was pretty confident to do a good sprint. But after all, you’re only sure when you get over the line. Then I was sure about it.”

You’ve had an incredible year from crashing out at the Tour of Flanders, winning a stage at the Tour de France and taking the yellow jersey and now winning Olympic Gold. How does this rate in your career?

“If you go back to the Tour of Flanders this April when he had a big crash that took him out of Paris-Roubaix, he came back to get the Yellow Jersey at the Tour de France and a stage win, and now Olympic champion. This will be the biggest sporting day of his life. I’m sure it will be a memory he will never forget and one that will be in our minds for the rest of our lives, as well as being able to be part of it in some small way. It’s hard to win the Olympics, it comes once every four years, and those who do it are exceptional people. We’re really happy for Greg.” 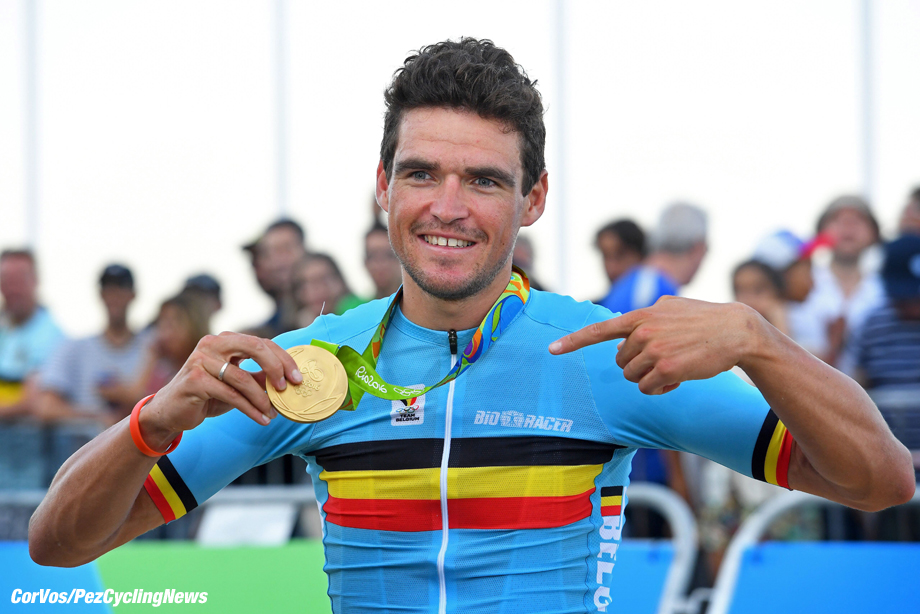