5 Delicious Sandwich Recipes For The Road

Sandwiches are a quick breakfast, a snack for unexpected guests, and a delicious accompaniment to your favorite TV show. It is also convenient to take them with you to work, to school or on a long journey in order to satisfy your hunger without much effort. Hardly anyone can calculate the exact amount of sandwich recipes. Every person far from cooking is able to bring their own flavor to the making of a sandwich.

Perfecting the classics
Each nation has its own taste preferences, but they still agree on one thing. The most popular snack all over the world is the ham and cheese sandwich. We suggest cooking a slightly improved version of it. 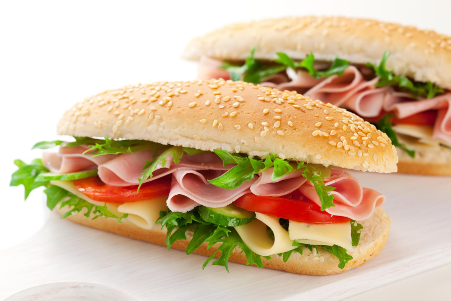 Beat 2 eggs with a whisk, salt and pepper to taste, pour into a hot frying pan with vegetable oil. Wait a minute and begin to break it with a spatula into pieces. Brown the bread toast in the dry pan. Put slices of grilled cheese, fresh tomatoes, ham and fried eggs on one of them. Cover everything with chopped lettuce leaves and place the second bread toast on top.

To the delight of seafood gourmets
The most expensive club sandwich ($62) in the world is served at the Hullett House Hotel in Hong Kong. The dish includes such delicacies as beluga caviar, marbled beef and salmon. 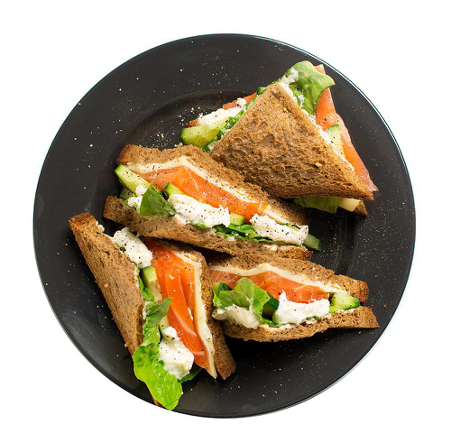 However, you can prepare another flavorful sandwich, which is also distinguished by its nutritive values.

Take a grain loaf rather than regular bread toast and cut it in half. Grease the bottom half with cottage cheese, put lettuce leaves, white onion rings, slices of salted salmon and a few sprigs of parsley. Lay out thin slices of fresh cucumber and tomato on top, and then put on top white onion rings again. Cover everything with the top half of a grain bun — a delicious fish sandwich is ready.

A bit of oriental flavors
A round bun with a cutlet, better known as a hamburger, was first made back in 1900. Over the twentieth century it has won the love of the whole world. 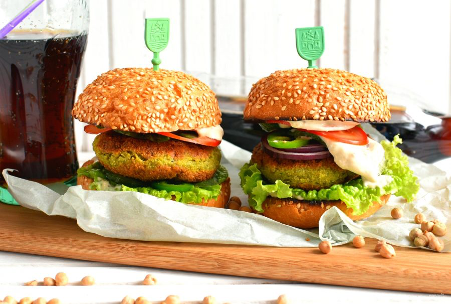 At the same time, many countries of the world have their own variations for preparing this dish. For example, in Australia, New Zealand and Hawaii, a hamburger is prepared with a toasted pineapple slice. In Korea, Mexico and Taiwan, you can taste burgers flavored with all kinds of hot spices.

Instead of a meat sandwich, you can make an interesting lean option by replacing the cutlet with falafel. This is a renowned appetizer with boiled chickpea balls in the Middle East.

Make falafel cutlets, boil chickpeas, combine it in a blender with onion and greens, and chop thoroughly. Add a pinch of cumin seasoning, coriander, turmeric, granulated garlic, salt and pepper. Stir the mass, shape cutlets, roll in breadcrumbs and fry on both sides.

Cut the grain loaf in half. Place basil leaves, onion rings, fresh tomato slices and falafel on top of it. Sprinkle everything with balsamic vinegar, put a few more basil leaves and cover with the second half of the loaf.

French tunes
The history of the sandwich begins with the idea of ​​combining boiled meat with bread, which belongs to John Montagu, 4th Earl of Sandwich. Actually, that’s why such a widespread dish today was called “sandwich”. 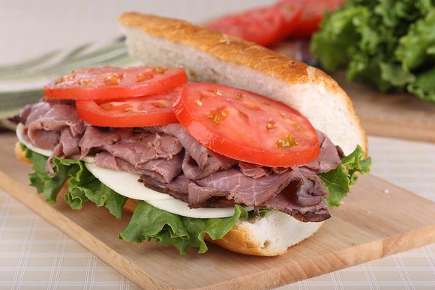 Some say that the Earl of Sandwich was a fan of gambling and loved to have a slice of bread and boiled meat during the game.

Paying tribute to Earl Sandwich, let’s prepare the following appetizer. Cut off half of the baguette and cut it lengthwise. Put lettuce leaves, slices of mozzarella and beef jerky inside. Put slices of fresh tomato on top and add a little salt. Instead of jerked meat you can take boiled beef or boiled pork – it will turn out to be no less satisfying and tasty.

Tuna in lettuce
Scientists at the University of Leeds have developed a formula for making the perfect toast. According to their calculations, the thickness of a slice of bread should be from 1 to 1.5 cm. At the same time, it should be dried in the oven for exactly 7 minutes at a temperature of 240°C. Flip the toast only once every 3.5 minutes.

You can test the formula by making a tuna and caper sandwich. For this recipe, it is better to take rye bread sprinkled with seeds — it will be even tastier. Drain the excess liquid from the canned tuna; slightly knead the fish pieces with a fork. Dry the bread slices and cover with lettuce leaves. Put tuna on one piece, mixed with capers, cover it with lettuce leaves and put a second slice of bread on top.

When going on a long trip, you need to remember that the bread should be thick — for example, it can be a ciabatta cut into halves or simply a slice of grilled ​​bread. Secondly, the sandwich will not lose its shape if the filling is not too juicy. Moreover, in order to make your trip perfect, use car rentals in Dubai.