At the 2015 National Cyclocross Championships held in various countries on 10-11 January, 7 gold medals and many other podium placings were earned by STEVENS Racing Team, BKCP-Powerplus and Corendon-KwadrO – all powered by STEVENS Bikes. They collected wins in Germany, The Netherlands, Switzerland and Czech Republic as well as the U23 in Belgium.

STEVENS Racing Team collected an outstanding two golds and three silvers at German Championships. The very young 19 year old Jessica Lambracht won the elite women’s race ahead of 26 year old teammate Lisa Heckmann. They both finished ahead of former olympic champion Sabine Spitz and four- time World Cyclocross Champion Hanka Kupfernagel who was coming back from injury. In the junior category, Ludwig Cords renewed his German title. His teammate Raphael Schröder won the silver medal behind Cords, while Yannick Gruner won silver in the U23 category. 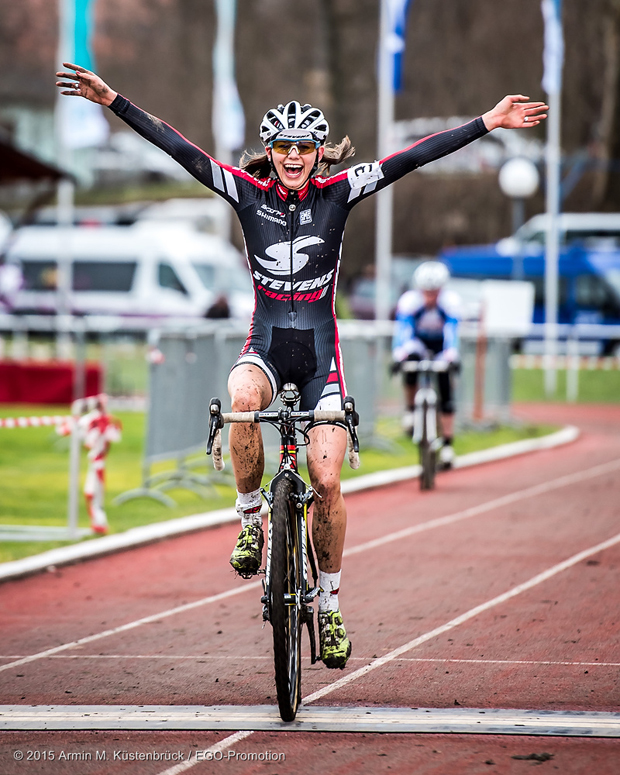 “This is the second best result that we’ve had since our team was founded back in 2001. It couldn’t have gone much better,” said Team Sports Director Jens Schwedler after the elite race in Borna near Leipzig. “What we are particularly pleased about is the team effort,” says Schwedler. In the men’s elite and U23, all three STEVENS Racing Team cyclists finished in the top ten. Also in the women’s race, all three of the STEVENS Racing Team starters finished top five with Stefanie Paul in 5th. In the junior race, all four of the team’s riders finished in the top ten. 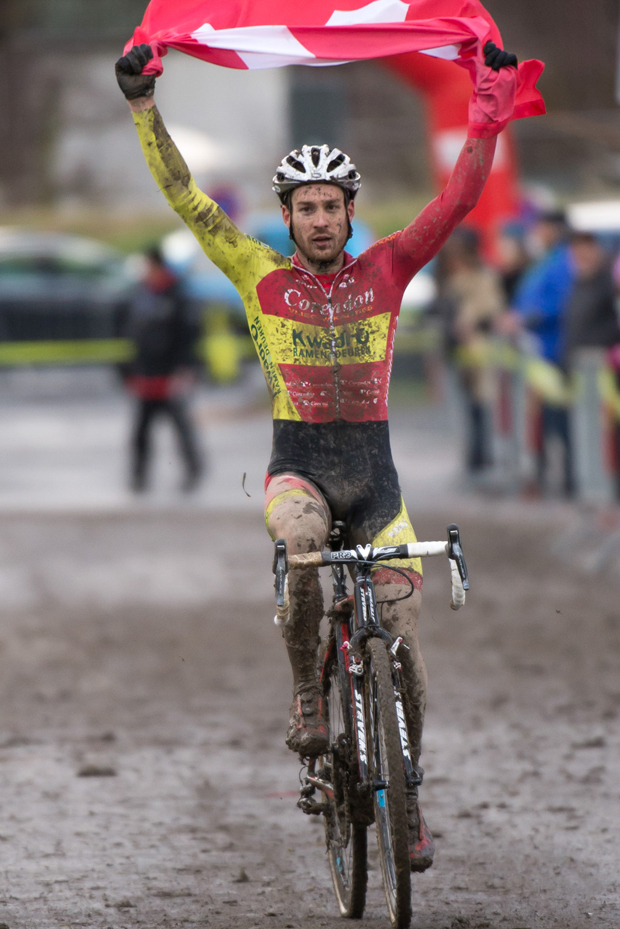 The elite men’s race was won by Marcel Meisen of the Belgian team Corendon-KwadrO that STEVENS Bikes equips with the Super Prestige. Riding to 2nd place, also on a STEVENS Super Prestige, was Sascha Weber. At the beginning of this year, STEVENS has begun supplying bikes to Belgian top team BKCP-Powerplus, to include outgoing German champion Philipp Walsleben who took third this time around. Ole Quast from Stevens Racing Team finished an excellent 4th. 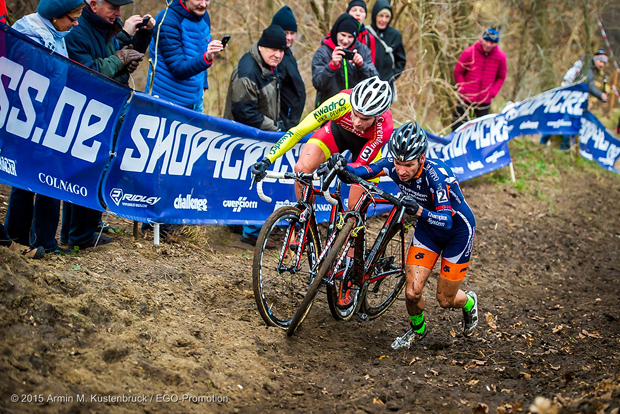  
 Some of Meisen’s Corendon-KwadrO’s teammates were equally successful at their National Championships. In Switzerland, Julien Taramarcaz was able to regain his title after losing it last year. In Belgium, Laurens Sweeck was also able to take home the winner‘s jersey in the U23 race held in Erpe-Mere. The rising star of the season, Sweeck had already won 7 races in the U23 as well as put in some fine showings at the front of the elite races. 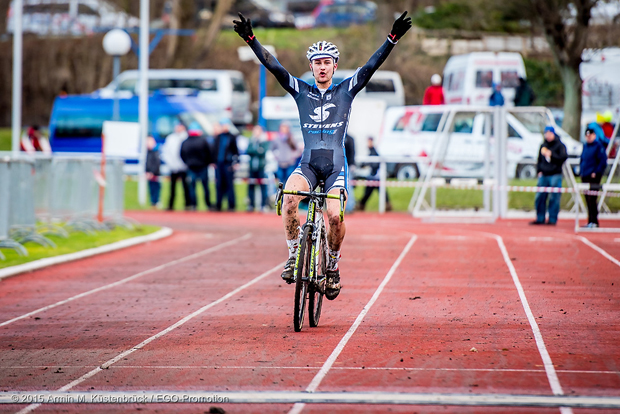 In the Netherlands, the elite men’s category was won by another young rising star of the season, 19 year old Mathieu van der Poel of BKCP-Powerplus. He won the title on his STEVENS Super Prestige custom camouflage design in a battle with outgoing champion Lars van der Haar who eventually crossed the line for bronze. It proved to be a perfect day for the Van der Poel family as brother David took silver. While Mathieu van der Poel may be young, he is not the youngest 2015 elite national champion. That honor goes to Van der Poel’s 18 year old BKCP-Powerplus teammate Adam Ťoupalík, who won in Czech Republic, taking the title over from Corendon-KwadrO’s Martin Bina. 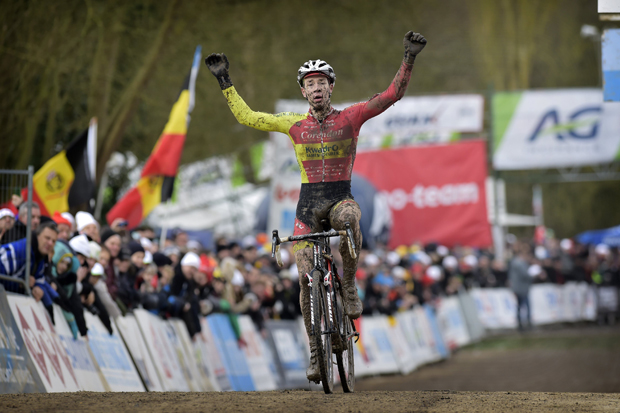 Over the great success throughout Europe, STEVENS Brand and Marketing Manager Volker Dohrmann responds, “The fact that we were able to attain five gold medals in Europe with the BKCP-Powerplus and Corendon-KwadrO teams clearly demonstrates the high level of athlete. Especially the victory of the young 18-year-old Czech Adam Ťoupalík – the youngest champion ever in the elite men’s Cyclocross, as well as the success of Swiss rider Julien Taramarcaz against strong competition have pleased me. Laurens Sweeck was pre-race favorite in Belgium. The riding skills of the Van der Poel brothers at the Dutch Championship was sensational and it came a mere three weeks before the World Championships. Needless to say, we are very much looking forward to an exciting Worlds in Tábor.” 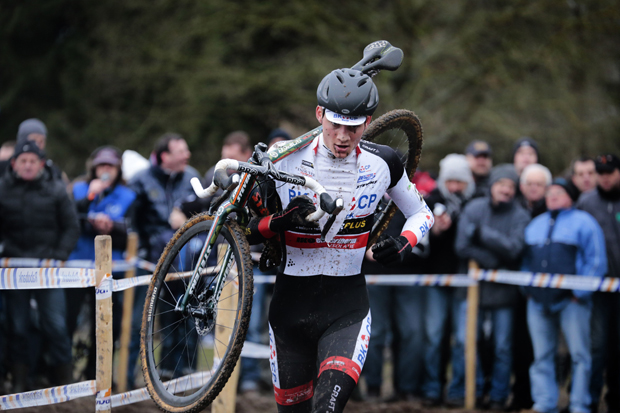 In Denmark, the mountain bike marathon national champion Soren Nissen rode his STEVENS Super Prestige to a silver medal in front of Joachim Parbo who earned bronze on a STEVENS Carbon Team. And in Luxembourg, Rick Theiß and Alec Lang finished second and third in the U23 category. Last but not least, in the United States, Karen Brems defended her title in the masters category.