Alberto Contador: “One thing is for sure, the Tirreno-Adriatico will be a nice race”

On Wednesday, Tinkoff-Saxo’s captain, Alberto Contador, embarks on his second race of the season with optimism and a desire to continue improving his preparation towards the Giro d’Italia, his first big goal of the year. According to Contador, the Tirreno-Adriatico “is a race of which I have very fond memories, especially from last year, when I was at a very good form.”

“The Tirreno-Adriatico is a very important race for me, when considering the first goal of the season, the Giro d’Italia”, continues Alberto Contador. “Both the Tirreno and the Volta a Catalunya will be the races that will give me a point of speed to be in top condition at the Giro d’Italia.”

In what regards his physical condition, Contador said he felt “a little better than I was in Andalusia, though I hope to keep improving, and we’ll see how I find myself day by day”.

Over the race course of this year, Alberto believes it is “pretty similar to other editions, although I have my doubts about the Terminillo, because it’s a mountain pass I don’t know and don’t know exactly how hard it is to break the race that day. We have to be attentive to all stages.”

Concerning the rivals he will face in this edition of the race, especially referring to Nibali and Quintana, the leader of Tinkoff-Saxo thinks it’s “really good to be with the major riders in the same race, as in this case happens with Grand Tour specialists. This is good for the show, for fans and for the interest of cycling in general. Of course, right now each of us is in a different form as we each have our own goals in mind, but I am convinced that when we face each other, we’ll try to do our best. One thing is sure, we’ll see a nice race.”

Finally, Alberto Contador commented on the team that will support him in the Tirreno-Adriatico. “We have a really powerful and very balanced team, at a level one would expect from Tinkoff-Saxo. I’m really happy and motivated with the group we have here, because many of my teammates will share a big part of the season”. 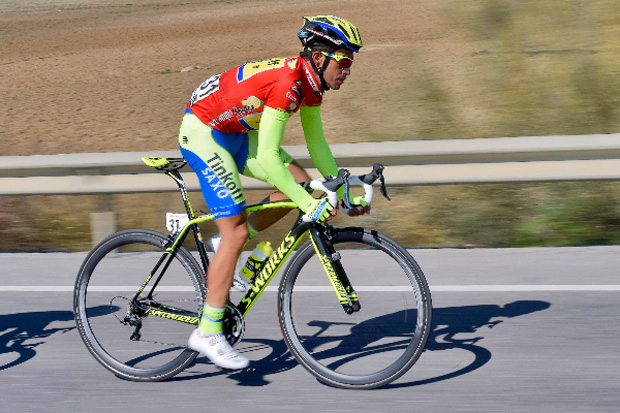