Tour de France 2013 will be a memorable and probably spectacularly thrilling to watch, as the organizers have chosen to choose a very demanding route with fewer transition stages but more difficult mountain stages and slightly hilly stages where the unfocused rider will get caught behind and losing precious time in the standings.

Therefore, Team Saxo-Tinkoff picked out a line-up that excels in just such terrain. Among them is Spanish Benjamin Noval:

“It means a lot to me to be selected for this particular tour. It will be my seventh of its kind, and it’s a special experience to be in the anniversary race with Alberto as captain. My primary role is being Alberto’s bodyguard in the field, especially in the flat and slightly undulating terrain, making sure to pave his way through the field, “says a deferred Noval who shares the role with Italian Daniele Bennati, who has participated in Tour four times previously and has won two stages – including the most prestigious sprinter feast throughout the year on the Champs Elysees.

In addition, Team Saxo-Tinkoff’s Alberto Contador has another two mountain climbers by his side besides Kreuziger, Rogers and Roche. Sergio Paulinho and Jesus Hernandez are ready to share the workload. The former has recently shown excellent form in the Tour of Norway where The Portuguese finished second overall after Edvald Boasson-Hagen. Paulinho says:

“This will be my sixth Tour. I’ve done the Tour the past five years and enjoy my job here as a domistiques. My job is to protect Alberto in the mountains when it comes to pulling the hard pace. It means a great deal to me that Alberto is doing well. But a victory for him is a victory for the line-up and the rest of the team, and I know it will mean a great deal to all employees of the organization “, says the strong Portuguese, and Jesus Hernandez adds:

“We have worked hard, long and focused for this year’s Tour de France, and I’ll be thinking of the long process when I’ll dig deep in myself on the slopes in this year’s Tour.”

Team Saxo-Tinkoff’s captain, Alberto Contador talks about the challenge ahead:

“I have a strong team behind me. A team that can position me well in all terrains and it means a lot to me particularly to know that I have teammates around me on the climbs. With this year’s route, we’ll get to see more attacks than before. There are short mountain stages where you may be tempted to make an early and long attack. But there are also long mountain stages where the field will probably get worn thin from behind. Hopefully I’m not going to speculate in daring attacks from a long distance. If everything goes as planned, I’ll have to ride conservatively at the end of the race. In any case, I’m extremely motivated and mentally focused and ready,” said Team Saxo-Tinkoff Spanish Alberto Contador. 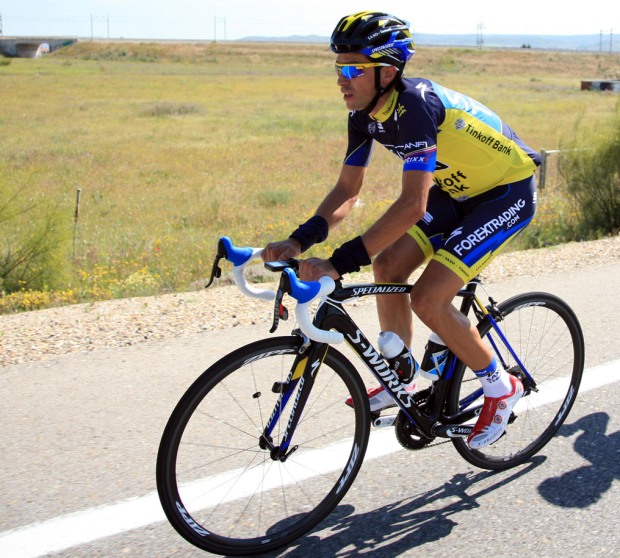 8,000 to Rule the Roads at The Great Manchester Cycle on Sunday

In His Own Words: DS Matt White Previews the Tour de France