Today the Cervélo Bigla Pro Cycling team announced its latest signing, Allie Dragoo. The American joins from the TWENTY16-Ridebiker team where she has spent the past three seasons.

Dragoo is an all-rounder with particular strength in the time trial and will fit into the team’s team time trial plans as it looks to build on its success in the discipline.

Dragoo was part of the TWENTY16-Ridebiker team who won the TTT in the Amgen Tour of California this year. She’s also a strong breakaway rider and proved this by winning a stage 3 of the Energiewacht Tour from this break this season.

“I am motivated to be a better bike racer and to do so I must make the leap over to harder racing which is in Europe. This is will be the best thing for my cycling career,” the 26-year-old said.

Commenting on choosing a European team, she said, “I looked for professionalism and a great team atmosphere. I’ve been around Cervélo Bigla at the races and have seen how the team works together on the bike and how focused they are. With the input from other teammates, management on TWENTY16 and my coach, we worked together on finding a team for me to make the next step and Cervélo Bigla suits me best.”

TWENTY16, General Manager, Nicola Cranmer added, “I met Allie in 2013 when she was in College, she was very persistent in her quest to be on our team, it was a decision I didn’t regret, Allie has developed into a great time trial rider and all-around competitor and will continue to excel in the right program.”
“Director, Mari Holden and I felt strongly that she lives and race full time in Europe next year, Bigla is a great fit for her. [Team Manager] Thomas Campana runs a very professional program and was instrumental in Kristin Armstrong’s early success. I think the TWENTY16 program prepared her well for this transition, we are excited for her new chapter.”

Dragoo’s announcement follows the signing of Ciara Horne who will make her debut at the World Championships in Doha. Other new riders already announced for 2017 are Cecilie Ludwig and Marie Vilmann. Ashleigh Moolman-Pasio and Lotta Lepistö have both also extended their contracts with the team. 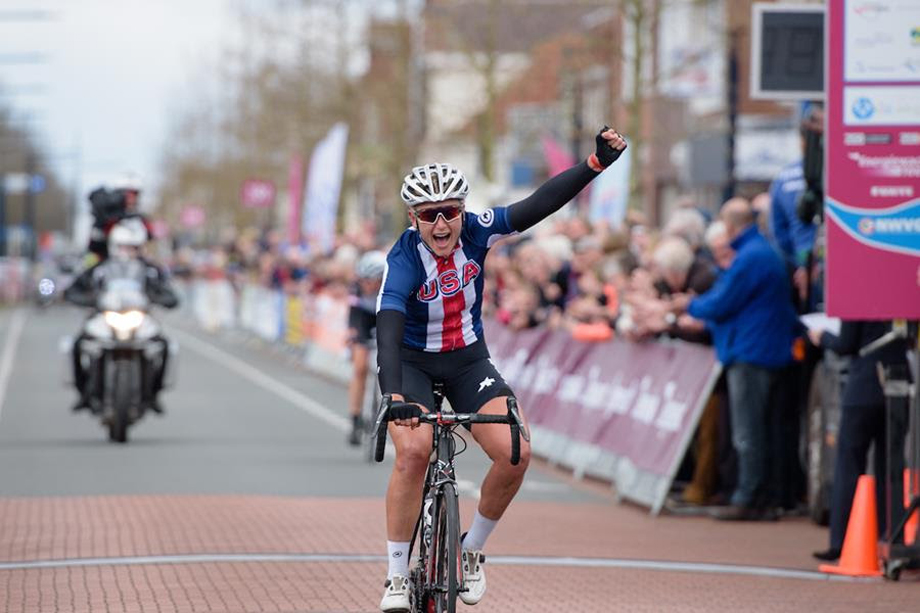