It was a day to remember for RusVelo sprinters riding for the Russian national team in the European track championships. Anastasiya Voinova won 500 m time trial breaking the world record set by Anna Meares in December 2013 on a high-altitude track in Aguascalientes. The new best time in the history of cycling is 32.794 seconds. This extraordinary achievement is not the first one this year for the talented young rider: a couple of months ago she bettered a non-official women’s world record in “men’s” 1 km-long time trial. Elis Ligtlee from the Netherlands finished second. Daria Shmeleva, Voinova’s gold medal team sprint partner demonstrated once again an incredibly fast recovery from an arm fracture sustained a month ago, taking the bronze in 33.842. Thus two golds and a silver for Voinova, a gold and a bronze for Smeleva in Grenchen; and it is not over yet, Anastasiya is taking part in keirin on the final day of the tournament. 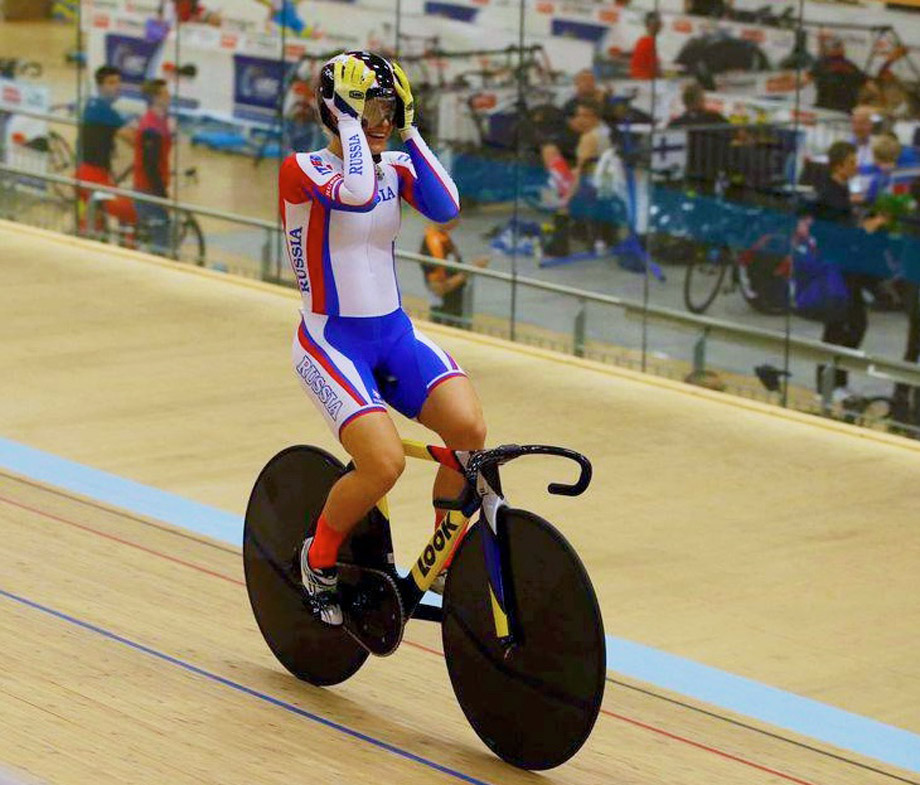 “I woke up in the morning with the wonderful feeling of calm and confidence that I had on the day when I won the World’s. Leaving the hotel for the track I came across my national team mate Katya Gnidenko. “Going to set a new world record?” she asked me with a smile. I said: “Why not? That’s what we came here for after all, right?” 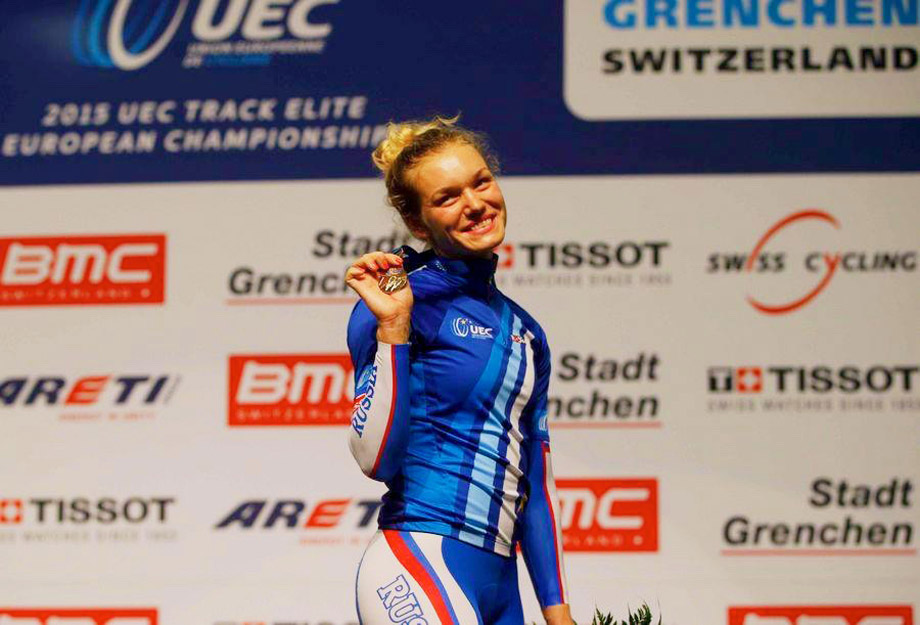 Words fail me when I try to express what I felt and thought when I finished the race. I started cycling when I was eleven, and time trial was something special for me ever since. In slightly more than half a minute you live a whole life and nearly die of an enormous effort. I watched Anna Meares on TV, it was a great inspiration for me to see her setting an incredible mark. In 2013 the French specialist Benoît Vêtu, then the Russian team coach, asked me what I dreamt of in my career. I said my dream is to break a world record in this discipline. He said that I should see it as an achievable goal, not just a dream. It was a very important talk. All these years, from very early on, I rode with this goal in mind.

My special thanks go to my coach and great friend Vladimir Kiriltsev. I am happy to pay him back, at least partially, for what he put into me.” 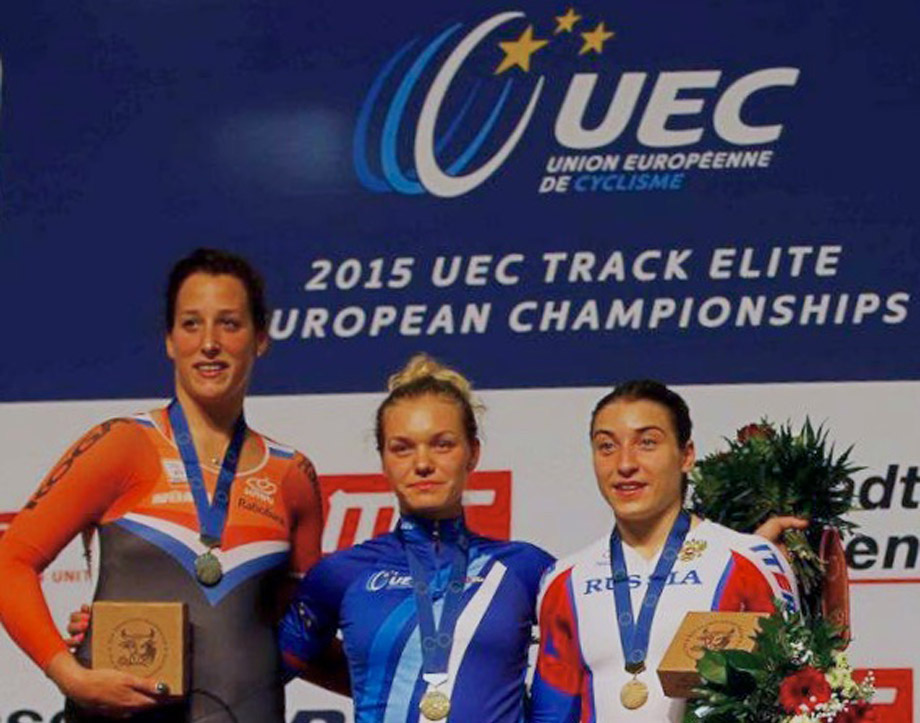 “I’m so happy for Nastya! She deserves every bit of what she got today, I haven’t seen a rider as hard-working as she is. I looked at her time, then looked at her face – she got so overwhelmed, she couldn’t believe it… and I burst into tears of joy.

As to my own performance – well, I was determined to ride for the podium today, but was far from underestimating the rivals. I feel sorry for Miriam Welte, with whom we are on very good terms, she suffered from her leg burn and didn’t start because of this I think. 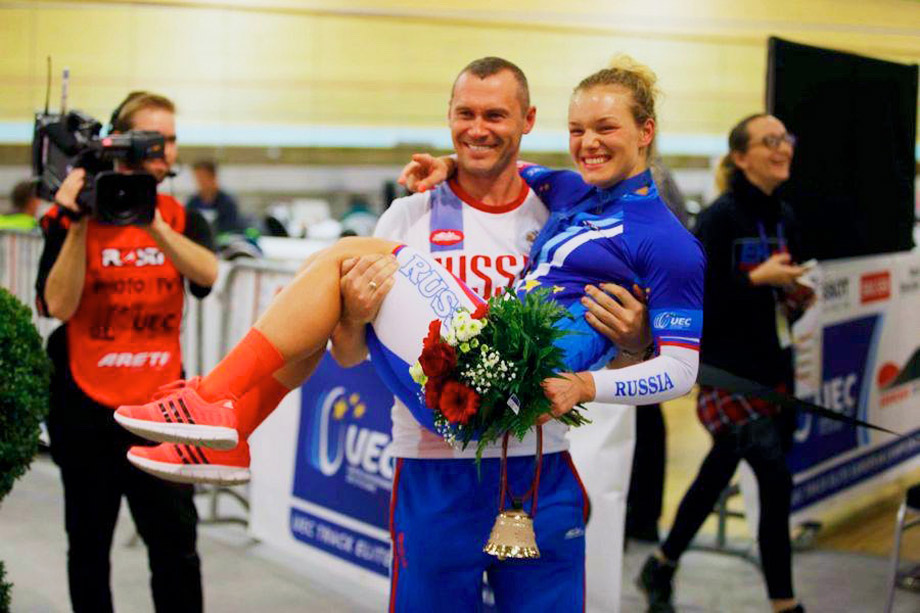 On the eve of the championships we got from RusVelo team new speed suits in the national team colors. This highly aerodynamic compression clothing is something you really need these days when your rivals from, say, Holland and Great Britain use it extensively. Well, I put my suit to a rigorous test it wasn’t devised for: I poured quite a bit of water from the bottle on it when I was warming up on the rollers; the cameraman was instantly there to film the episode. Ok, I don’t mind, as long as the spectators have a reason for a smile.” 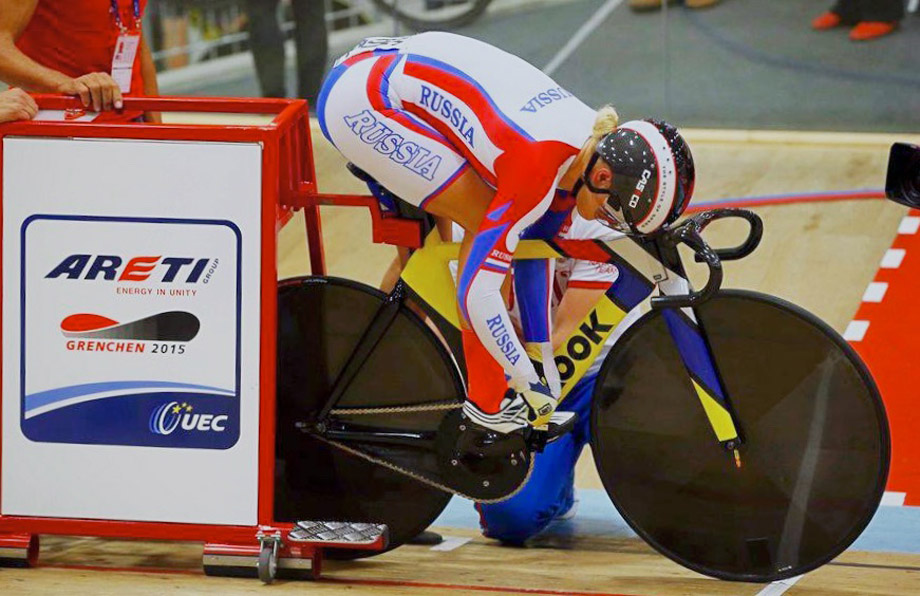