On Friday 6 May 2016 the Giro d’Italia will start in Apeldoorn. For our sprinter André Greipel it will be his fourth participation. The Gorilla already obtained one stage win. Also this year André will be the leader in the sprint for Lotto Soudal. There are six or seven sprint opportunities so the German from Rostock will certainly try to do something.

André Greipel: “I already obtained a few nice results during my previous participations in the Giro. It was clear since the beginning of the season that I would ride more or less the same races as last year, the Giro being one of them. We’ll again try to obtain a stage win, just like last year. In my opinion, there are six or seven opportunities and I hope to win at least one of them. The most important competitors will be some respected names such as Sacha Modolo, Marcel Kittel and Elia Viviani. But also a few young talents like Caleb Ewan and Jakub Mareczko will try to show themselves.”

“The past few months were quite hard for me. Maybe this was even the hardest spring of my career so far. It became a period with a lot of injuries and crashes, I never felt superb during the races. Last week I came back in competition in the Tour of Turkey after a rest period. The goal was to get some race rhythm and to participate in the sprint. I won a stage mainly due to a very strong team performance. I think that the condition is okay and that I’ll be able to perform well. I also hope for a bit of luck and that I won’t be involved in a crash. The weather forecast is good for the opening weekend in Holland and that’s always a positive thing.”

“We won’t aim for the points jersey beforehand. Firstly, we’re going to try to win a stage. But when you perform well in the important stages, the points will follow automatically. It will also depend on how the race will evolve of course. We’re going to Italy with an atypical team. Greg Henderson and Marcel Sieberg won’t participate, they had a hard time during the spring Classics. Nevertheless, some other very experienced riders such as Adam Hansen and Lars Bak will be part of the team. Also Jürgen Roelandts already proved that he’s able to play an important role in the sprint preparation. A young rider like Sean De Bie will also give his all and he’ll certainly show himself.” 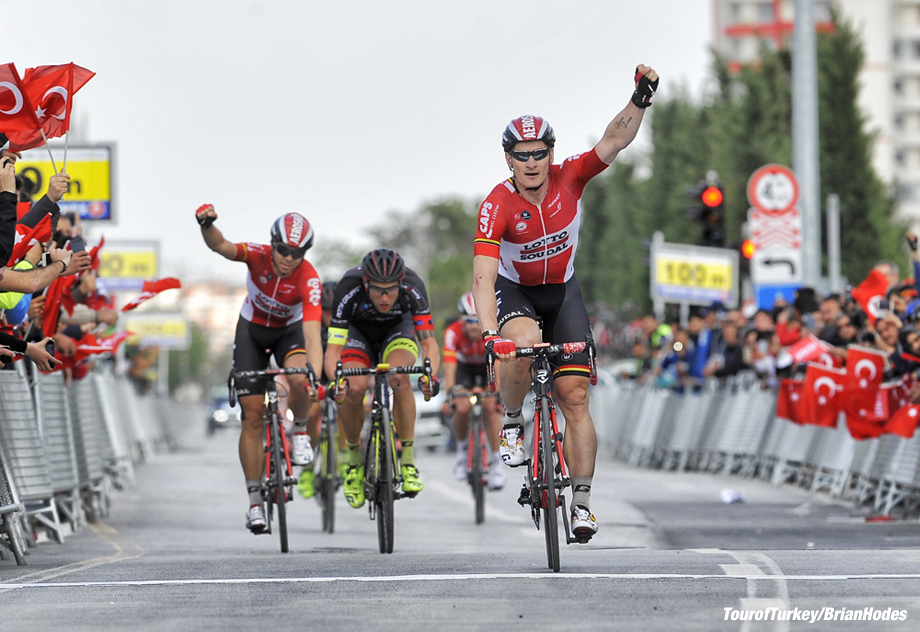