The final stage of the Herald Sun Tour culminated today after 122 tough kilometers on Arthurs Seat. Having Serge Pauwels in contention for the overall, team MTN-Qhubeka p/b Samsung was keen to infiltrate todays break.

Just a couple of kilometers into the race a group of 13 rider went clear, with Matt Goss and Nic Dougall showing our stripes out front. The break built up a lead of around two minutes, but with the finish line in sight, the peloton lifted the pace and closed the gap.

With 3 kilometers to go the peloton made catch. On the final climb, that featured sections with a gradient of 13 percent, it was then on Serge to attack. He made his move but was marked by the other contenders for the overall. At the end he came in 10th place behind stage winner Patrik Bevin (Avanti). Overnight race leader Cameron Meyer (Orica-Greenedge) took the overall of Australia’s oldest stage race, finishing second on the day. Serge was also team MTN-Qhubeka p/b Samsung’s best place rider in this classification, ending the race in 12th position.

Michel Cornelisse – Sports Director
The race went well for us today, even though we were not having to much luck in the end. Matt Goss and Nic Dougall were able to get into the break, but the peloton didn’t want to give them to much of a gap. With just a few kilometers to go, the favorites made their appearance at the front of the race. We had Serge up there and he tried his luck on the final climb, but the others marked him. In the end he secured the team another top10 finish. 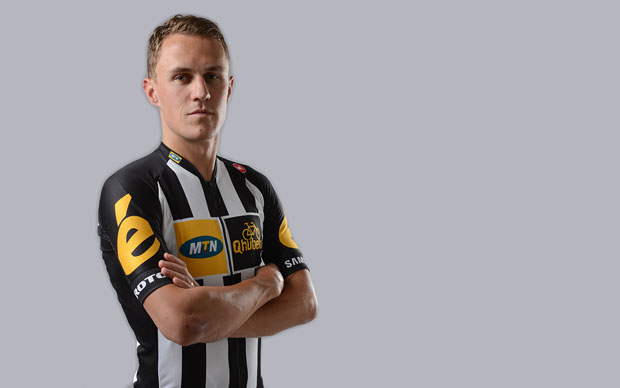 Arts and sports on the same page at Granfondo Gimondi-Bianchi