Area Zero D’Amico: The official introduction of the team, the project and its sponsors.

Area Zero D’Amico has already begun its adventure. However, today was the chance for the Italian continental team led by team manager Ivan De Paoli and Andrea Tonti to officially introduce itself. The presentation took place against the splendid backdrop offered by space at the QC Terme Milano, made available by QC Terme Spas & Resorts, which has decided to delve into the world of professional cycling with Area Zero. Between sponsors, media and the associations led by FCI Vice President Michele Gamba, there were plenty of guests attending the event.

“Usually presentations are held at the beginning of the season; this year we were making our debut so we wanted to wait until the results we had garnered along the roads would speak for us, for the team and the riders, before introducing ourselves officially to the press and the wider public,” says Ivan De Paolis. “For now the races we have ridden have given us some important achievements, we are satisfied and we hope to continue in this direction. Our riders are all very young, the average age is no older than 23. We called ourselves Area Zero because this is a point of departure, but Area Zero also stands for zero tolerance. In this squad we don’t want compromise, the riders and staff that are here have been chosen because they have never been involved in doping. Cycling needs to change direction and we are here to do our part the best we can.” 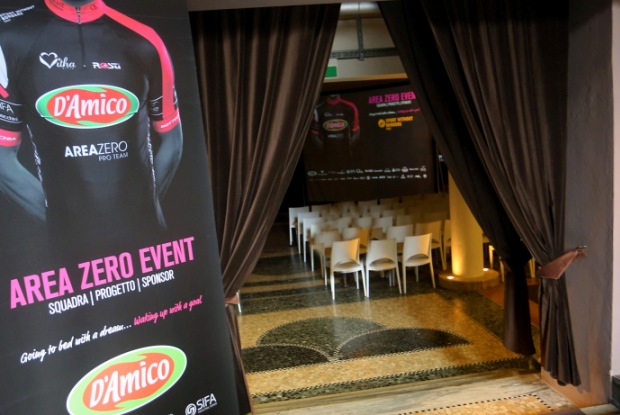 “The first races brought us immediate, satisfying results: the two podiums for Pasqualon at the Gp Etruschi and in the Laiguegli; Chinello’s second place at the GP Izola in Slovenia and the latest was the great achievement of the orange jersey for the best young rider captured by Petilli in the Coppi e Bartali, our very first stage race,” says Andrea Tonti. “Keep in mind that the Area Zero project was ideated precisely to get young people into the professional cycling world; they are young riders who are here to grow and learn how to act among the pros. Being a professional doesn’t mean just riding a bike fast, this is why we follow these kids at 360°, we have a highly experienced athletic trainer like Paolo Santello, a mental trainer, Cristina Carraro, who is a new figure in cycling, and also professionals in communication and image marketing.”

The team roster is made up of 11 riders, all Italians: Giovanni Carboni, Fabio Chinello, Paolo Ciavatta, Silvio Giorni, Gianluca Leonardi, Gianluca Mengardo, Andrea Pasqualon, Charly Petelin, Simone Petilli, Marco Tecchio and Stefano Tonin. In the team car Andrea Tonti serves as Sports Director along with another great ex-pro who is doing this for the first time, Massimo Codol. 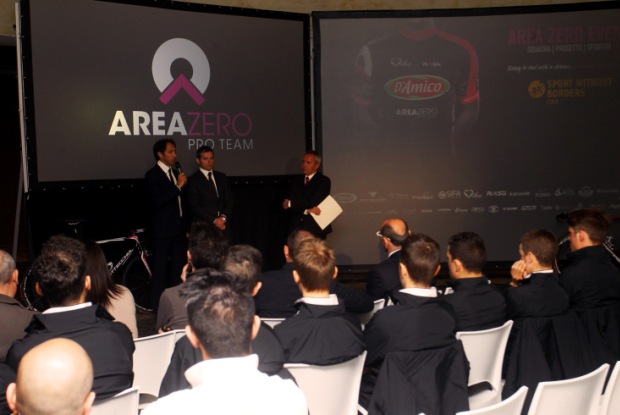 The riders are provided with the Bottecchia Emme 2 model, the top of the line bike from their racing division. It’s a full carbon, entirely handmade frame, all Made in Italy. The bike is equipped with: Shimano Durace gears, Deda handlebar attachments and saddle holder, DT Swiss wheels, Vittoria tyres, Shimano pedals, San Marco seat, Roto water bottles and cages. The bicycle weighs a total of 6.9 kg. 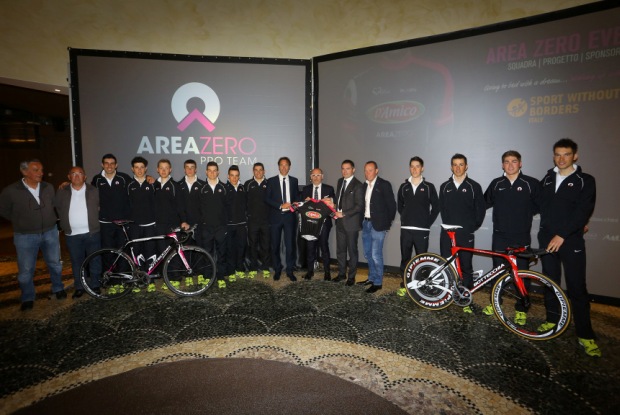 Today’s presentation was also a special occasion to officially introduce the main sponsor for Area Zero, which is D’Amico, the company based in Salerno, in the region of Campania, which was founded in 1967 by brothers Mario and Francesco D’Amico. Their core business covers the following markets: oil preserves, pickled vegetables, olives, condiments for rice, packaged sauces, and pesto.

“For our family sport is first and foremost a passion,” explains Francesco D’Amico. “Sport meaning a commitment for young people. Cycling is new but we’ve always been present in youth sports; an example is the international football tournament for students, named after our father, which we have been organizing for more than 25 years at Cava dei Tirreni. When De Paolis and Tonti brought us their project, which is centred around young people, we jumped at the idea of pedalling with them.” 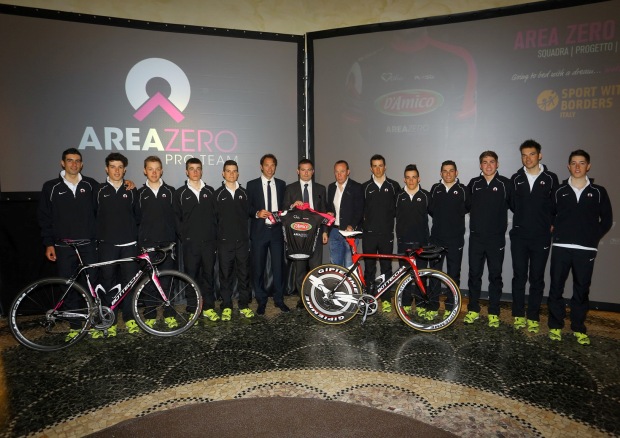 Lotto Belisol: André Greipel, one day after the crash