After dealing with knee problems, the Venetian is back in the race at the Settimana Internazionale Coppi e Bartali.

There’s some good news for Area Zero D’Amico: the Italian Continental team managed by Ivan De Paolis and Andrea Tonti, has got Andrea Pasqualon back. After the problems he had been having with his knee these last few weeks the Venetian rider can finally get back to racing. Now Pasqualon will be lining up for the start of the Settimana Internazionale Coppi e Bartali that kicks off tomorrow from Gatteo (Forlì-Cesena) with two fractions. There will be an in-line stage in the morning, followed by a team time trial. Pasqualon will be in the line up, taking the place of his team mate, Charly Petelin.

“I’m happy. The problem with my knee finally seems to be resolved and I can get back to racing,” says Andrea Pasqualon. “After a good season debut in the GP Etruschi and the Laigueglia, the team’s medical staff and I agreed that I should stop. It was due to a slight stress to the left knee caused by postural issues that were creating problems while I was pedalling. I decided to stop racing for a few weeks and resolve the issue in order to avoid compromising the rest of the season. The work I did with the team staff on my position on the bike and pedal stroke seems to be giving good results and lately I’ve started training again regularly without pain or problems. The Coppi e Bartali will be a perfect test to get back into the rhythm of the race and try to get back to the top of my game right away.”

“We’re happy to have back a rider who is as important to the squad as Andrea,” says Andrea Tonti. “After the GPIzola in the end of February, as soon as we found out about the overload on his knee we decided to stop him and intervene by trying to take care of the problem in order to avoid further consequences. Fortunately, it seems like the issue has been resolved and we hope that Andrea can soon return to what we were seeing in the first races of the season.” 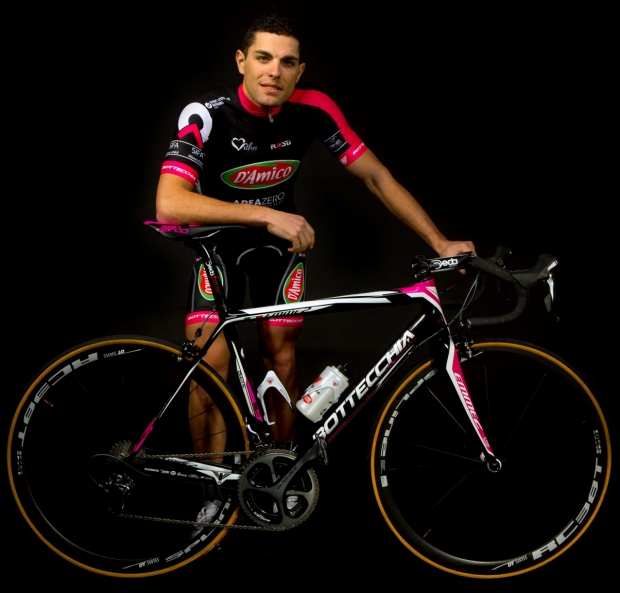