Area Zero D’Amico has a Good Test at Trittico Lombardo

Next races will be the Memorial Pantani and the GP Prato

The 2014 Trittico Lombardo wrapped up with the 94th Tre Valli Varesine race. For Area Zero D’Amico, the all-Italian continental team managed by Ivan de Paolis and Andrea Tonti, it was an intense three days.

“On the whole we’re happy with how the guys took on the three trials,” explains team manager Ivan De Paolis. “We got the chance to measure up against riders and teams at the highest levels, many of which are fresh off of the Vuelta and who are preparing for the World Championships. We proved once again to be worthy of the competition, confirming ourselves as one of the best continental formations in the group. Tuesday at the Coppa Bernocchi Fabio Chinello took an excellent fifth place. Then at the Coppa Agostoni, which featured a highly demanding route, we raced as major players, getting into the right break with Gianluca Leonardi; Paolo Ciavatta and Simone Petilli also had a good race, closing out with the best. Finally, yesterday at the Tre Valli the youngest of our young guys, Giovanni Carboni tried to make the race with a nice break. They were three nice races that were useful to get back into the competition. After the Vuelta a Colombia in August we hadn’t raced and so the Trittico Lombardo gave us some important feedback on the condition of the team. As far as we’ve seen I can say that we can be confident and look forward optimistically to our next races, aiming for a good season finale.”

These next few days Area Zero D’Amico will be expected at two important tests on the national calendar. We start tomorrow, Saturday, September 20th, in Cesenatico for the Memorial Pantani and proceed on Sunday the 21st in Tuscany with the Gp Prato. 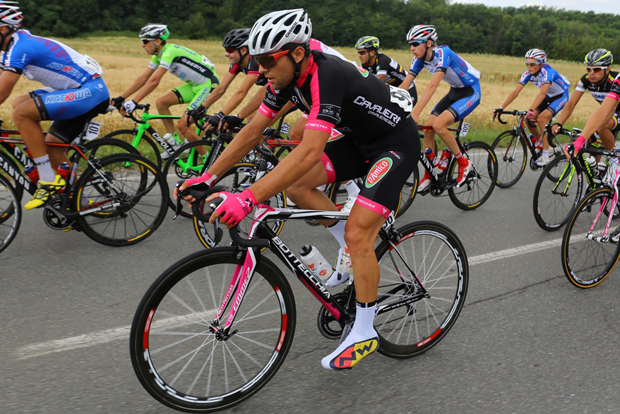