RusVelo rider Artem Ovechkin clocked the 14th time in the elite individual time trial contested at the UCI World Road Championships in Ponferrada. He rode the 47 km-long course in 58.43.79 (average speed of 48.129 km/h), 2.18.27 behind the reigning Olympic champion Bradley Wiggins who beat now former World champion Tony Martin by 26 seconds. It is actually the best place for Ovechkin at the World’s in his career. The Russian defeated a number of well-known experts in this discipline, including Sylvain Chavanel, Alex Dowsett and Kristof Vandewalle. 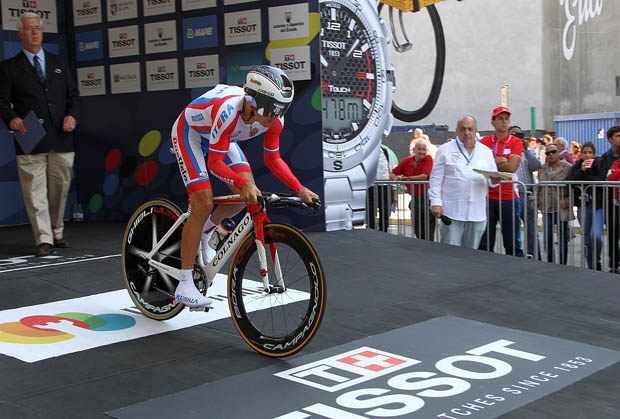 Artem Ovechkin said:
“I am reasonably happy with my performance, although you naturally wish for more. There is an old rivalry with Tiago Machado and Jesse Sergent, for instance, we are on a similar level for a long time, and today they beat me, which I don’t like, sure enough. On the other hand, to see my name in the final standings higher than, say, Sylvain Chavanel was a pleasure for me. The race went as planned, from the choice of tactics to the gear choice. I am too skinny to push the big guy’s gear of 58 by 11, I limited myself to 54, and it worked well. I didn’t go all out from the start, keeping it in mind that my strength is not here on the flat, I had to spare my legs for the uphill sections. The weather was also to my liking, it stopped raining, and the temperature was constantly on the rise; when it’s cold it tells on my performance more than on an average rider’s one. I see today’s race as a bridge to the future; I know what I can seriously improve, like my position on a bike, for instance. I hope it was just the beginning”. 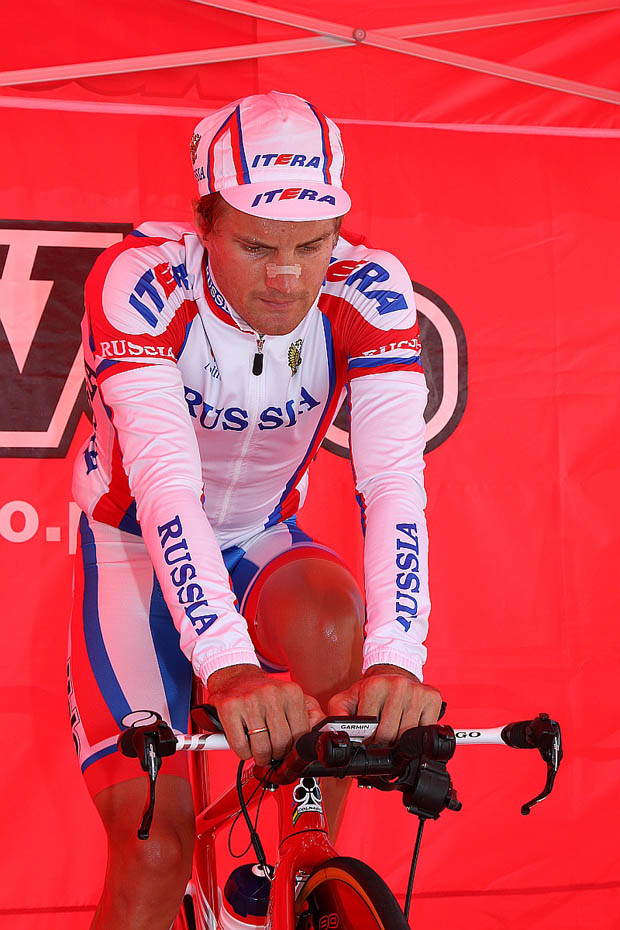 Chris Juul-Jensen: “It’s simply a matter of being in top shape”