Well, thats a nice wake up: a victory-newsflash. And with the Queen stage of Tour Loire et Cher it is one that counts! 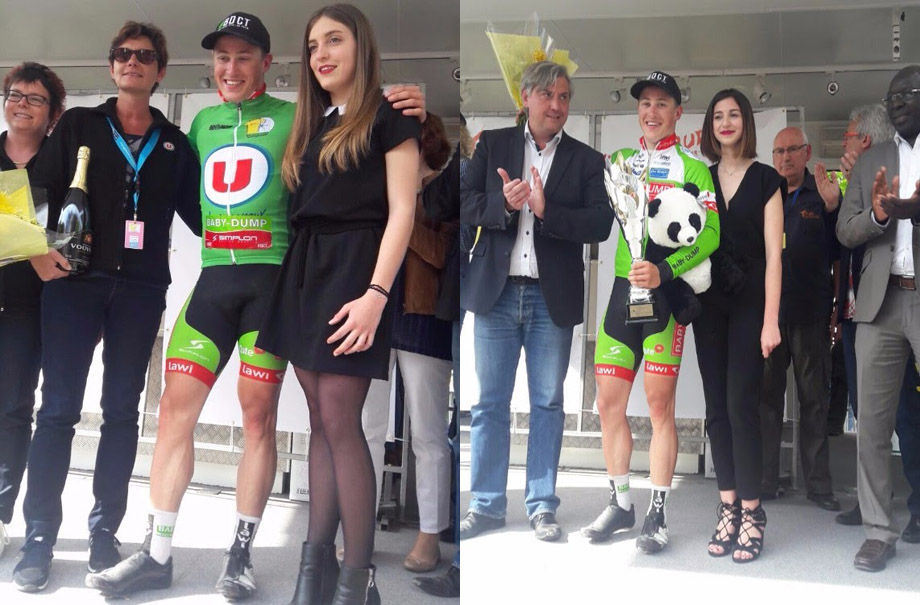 While it went wrong in second stage, things folded out superb in third (211KM). We had one rider up front with Rick, and in the back Merijn and Justin took care of the guys for the final. And that final was one special: 4 uphill sections of gravel. The advantage of Rick and his four companions was never comforting enough to think they could make it on the heavy circuit. But he saved enough energy and when Robbert came by to launch Arvid he was able to pull again for one more time. The gap with the others could be maintained and everybody could witness the sprint-explosion coming up. Check the video to see for yourself!

Today will follow a relative short stag of 142 km around Montrichard, if anything might happen we wil keep you posted! 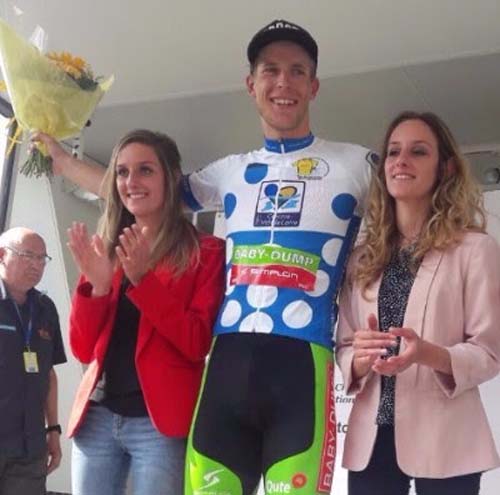 During his breakaway Rick took over the mountainjersey from teamie René Hooghiemster. For this he rode an unbelievable 205km in the breakaway! With four mountainsprints to go we will try to take this jersey home!