Ashleigh Moolman-Pasio powered her way to victory in the South African National Time Trial Championships earlier today. The race was held in Nelspruit at the Mbombela stadium, one of the venues for the 2010 FIFA World Cup.

The South African successfully defended her title with a time of 46’30” over 34 kilometres to average just over 41km/h.

“I’m very happy to defend the title especially as we have a big focus on the time trials this year at Bigla. I’m very happy to have the national title to take overseas. From the start when I saw the course I realised it’s the type of course that suited me. It’s a great combination of technical, climbing and some fast stretches. I put in some really hard efforts on the climbs then a bit of recovery through the technical sections and fast downhill stretches. I enjoyed the day out there,” Moolman-Pasio said.

The 29 year old will now turn her attention the road race on Saturday where she is also the defending champion. The road race will take place on a 14 kilometre circuit which will be negotiated 8 times.

“It’s going to be a challenge being a solo rider but I think it’s a nice course. I think it will be very spectator friendly and will have some nice punchy sections so I’m looking forward to it and I’m going to give it my best to defend my title and bring the South African jersey to Europe,” she concluded. 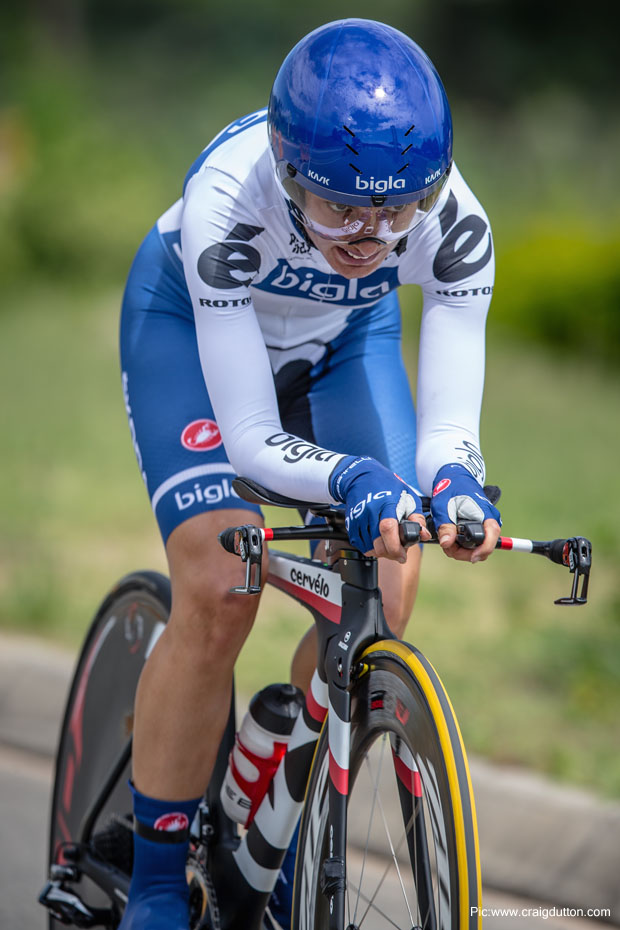