From the 7th to the 11th of May our athletes will participate in the first The Women’s Tour, starting next Wednesday from Oundle and ending on Sunday, after five stages, in Bury St Edmunds.

The first stage will take place in Northamptonshire: after 98.3 kilometres the athletes will arrive in Northampton, the county town of the eponymous county. The second stage, starting in Hinckey and concluding in Bedford, is 118.5 kilometres long. The third one will cover 90,5 kilometres from Felixstowe to Clacton. On the fourth day the race will start in Chesnut and end in Welwyn Garden City, after 87.8 kilometres. The final stage is 108.3 kilometres long and it goes from Harwich to Bury St Edmunds, Suffolk.

The athletes that will wear our jersey in Great Britain are: the Italian champion Dalia Muccioli, who has performed well at Gracia Orlova last week, Silvia Valsecchi, Alice Maria Arzuffi, the European champion Susanna Zorzi, the Swiss champion Doris Schweizer and Michela Maltese, directed by Walter Zini and Sigrid Corneo.

“We really care about this race.” said team manager Walter Zini. “We don’t have a sprinter in our team, so we will try to race aggressively and to be the main protagonists of this tour, because it is very important on an international level.” 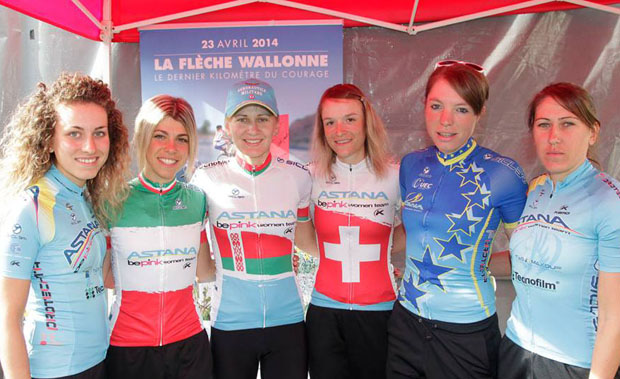 Lotto Belisol: A study of the Giro route