In the night of Thursday, September 12th, Colombia national team’s technical director Jenaro Leguizamo release the list of riders who will represent Colombia at the Road World Championships in Florence (22-29 September). In the line-up for the Professionals road race also features Team Colombia’s Darwin Atapuma, who performed at a very good level in his second season with Claudio Corti’s Team.

It will be the first Pro World Championship for El Puma, and the emotion for his debut in the event can be heard in his words, just hours after receiving the news: “I had been waiting for it, and I am very happy the news has finally arrived, and the Worlds have become a reality for me.”

“It’s great to be part of this selection, and being able to represent my Country’s colors at the World Championships – Atapuma said. “I believe I earned DT Leguizamo’s consideration with a strong season at Team Colombia, so I want to thank all the people who have worked with me over these two years, and that helped me to reach this opportunity.”

Meantime, Team Colombia is preparing with care and motivation for the final big appointments of the season: tomorrow, Atapuma and his teammates will be guided by Sports Director Valerio Tebaldi for a training on the route of “Il Lombardia”, the final World Tour one-day classic of the season, scheduled on Sunday, October 6th. 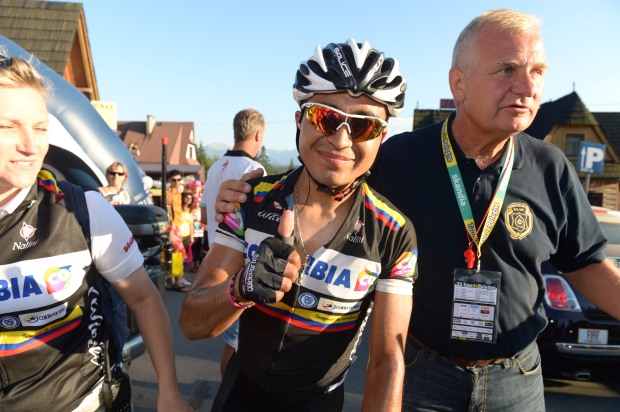