Daniel, and later Powless, animated the 167.5-kilometer race from Thousand Oaks north to Santa Barbara County by attacking up the final climb of Mount Gibraltar Road. Powless, the youngest rider in the race, is now in fifth place overall, 40 seconds off the lead, with five stages to go. 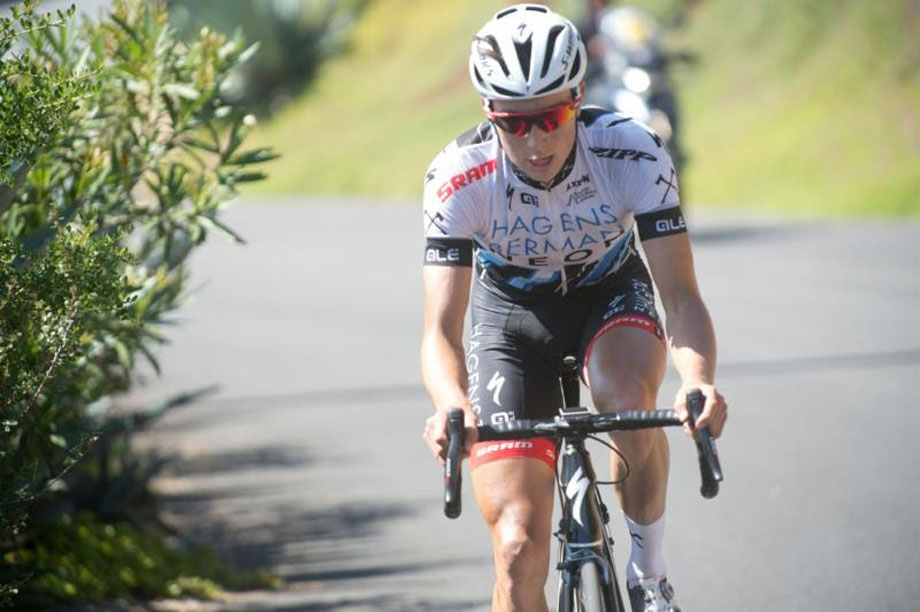 Neilson Powless was solo on the final climb before finishing fifth on the race’s queen stage. (Photo: ©Casey B. Gibson)

“A day like today makes it all worth it,” Axeon Hagens Berman Cycling Team General Manager Axel Merckx said. “We go through a lot of emotions – not only before the season, but also year in and year out. You are trying to find partners and sponsors and try to give them the most support you can so you can hire guys and give them a shot. When some guys get a shot – like they did today – they are able to prove it and prove just how good they are.”

Daniel and teammate Krists Neilands, the Latvian Under 23 national road champion, were part of a seven-rider breakaway that formed early on. The group also included an Axeon alumnus, Tanner Putt (UnitedHealthcare Pro Cycling Team). Not long after the escapees stretched their lead out to four minutes, the peloton gave serious chase.

“Coming into the final climb, a lot of riders were not always taking their pulls,” Daniel said. “Tanner decided to hit it on the first little climb and that got it down to a group of four. Then Tanner attacked and I followed immediately. I didn’t really attack so much as Tanner was no longer there. At that point, I started to ride a tempo I could easily hold to the top. But I wasn’t fast enough to hold off the guys coming behind.”

The chase group coming up included a passenger in the form of Powless. Not long thereafter, the leader of the USA Cycling Pro Road Tour and winner of five races this year found himself solo off the front.

“I saw that the group was getting smaller and smaller,” the 19-year-old from Roseville, California, said. “Swiss champion Danilo Wyss was right in front of me and riding a perfect pace. He started to peel off and then I looked back and we had a massive gap – maybe 30 meters. So I figured I would stay at a comfortable pace and the gap grew to 30 seconds. That surprised me quite a bit, but I was happy to have the buffer for sure.”

Powless said he gained confidence when he figured out he had ridden the climb about six years ago while attending a USA Triathlon camp.

“I thought that was pretty cool and I knew what to expect later on,” he said. “Axel was in my ear the whole way up, telling me the distance to go and time gap and that I was doing great.”

With three kilometers to go, Powless was caught by Lachlan Morton (Jelly Belly presented by Maxxis) and Peter Stetina (Trek-Segafredo) and eventually by Julian Alaphilippe (Etixx-Quick Step) with George Bennett (Team LottoNL-Jumbo) in tow. Alaphilippe, the overall runner-up in California a year ago, soloed to the win.

For his efforts, Powless was rewarded with a jump up the overall standings to fifth overall, 40 seconds back from Alaphilippe. Stetina was runner-up on the stage, at 25 seconds, and Bennett, who also previously rode in the Axeon program, finished third at 25 seconds.

Daniel donned the light blue jersey of “most courageous rider” fewer than 24 hours after another of his teammates, Will Barta, earned the same honor on Monday. Ruben Guerreiro’s 14th-place finish was next best for Axeon Hagens Berman after Powless. The 21-year-old from Portugal arrived 78 seconds after the stage winner and is in 14th overall, 1:28 off the lead.

Merckx credited the support of the team’s sponsors and hard work by staffers behind the scenes for contributing to the team’s successes that has also included a seventh-place finish by Guerreiro on Sunday’s opening stage in San Diego.

“Here we are, a small team that is kind of fighting with the big league teams,” Merckx said. “We are standing second in the team standings and doing pretty well. But this is not a team where one guy does it all. It is really a bunch of people all working well together.” 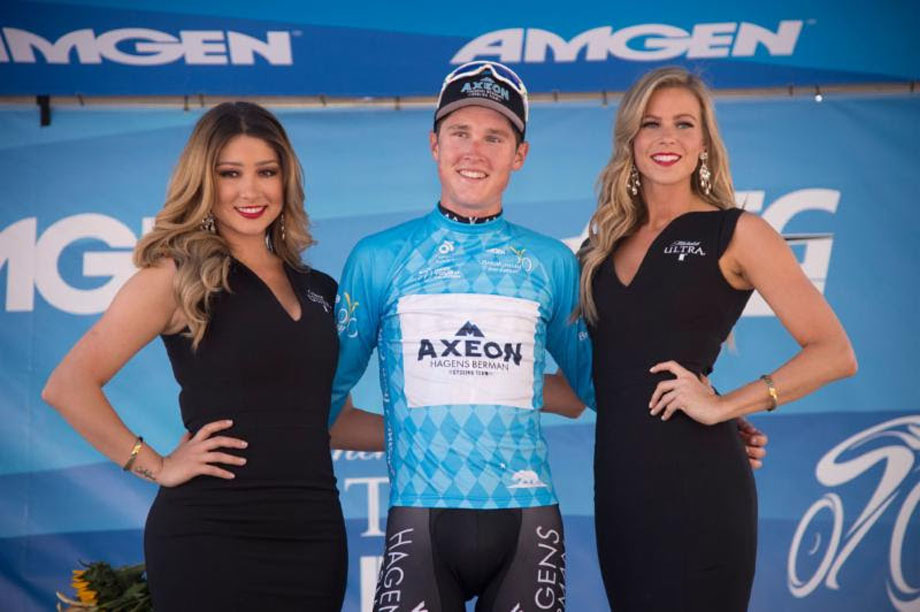 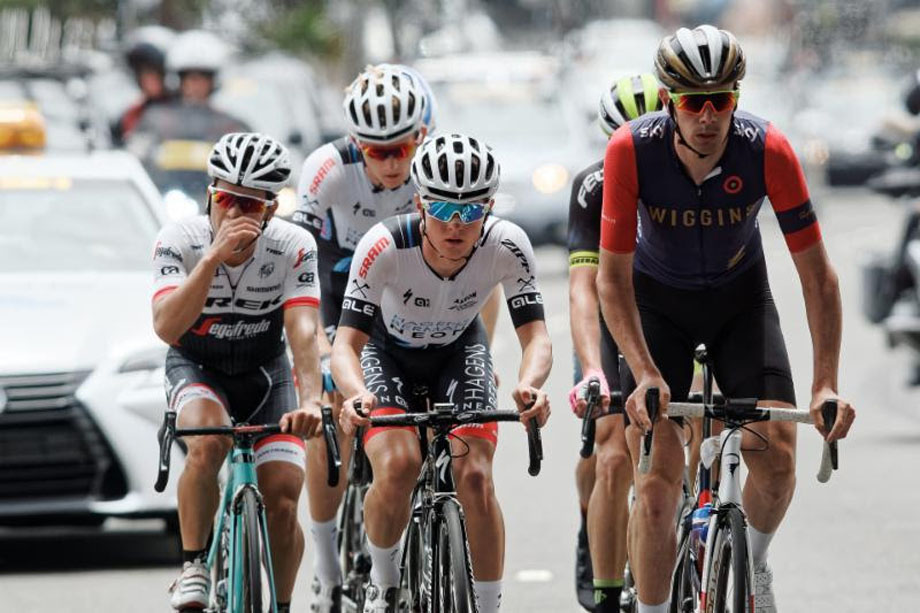