The Austrian showed early talent during her career but a few disruptive years slowed her progress and she considered quitting cycling.

“I had two bad cycling years in 2013 and 2014 – I thought I will stop my cycling career but in the winter of 2014-2015 my motivation came back and I started it serious again. This year I got Austrian National Champion, which was one of my small cycling dreams,” Perchtold said.

She also mentions finishing on the podium during the last stage of Giro del Trentino this year, as a sign of her progression in the sport.

In terms of joining Cervélo Bigla Pro Cycling Team, she added: “I have seen the team racing the last two seasons and I always thought that they are not the team with the most riders in numbers but they are always on the podium. There must be good work in training and support and of course a big team spirit. I thought that it would be great to race with a team like that, which encourages you to bring the best out of you and your teammates.”

Perchtold says she is looking forward to finding her place within in the team and has been encouraged this year by her ever improving climbing abilities. “I see myself in a helping role, especially for the sprinters. I am good in leading somebody to the sprint with 2km to go. I always thought I am just a sprinter but this year I saw that I am also not that bad on the climbs, so we will see. But most of all I am passionate and always riding with my heart.”

Team Manager, Thomas Campana commented: “Christina is an interesting rider. She was one of the most successful riders as a junior and was fifth in the world junior championships in Copenhagen. It was clear that she is an above average talent. She had to do a three-year apprenticeship with the Austrian police which was a full-time job but now she can focus fully on cycling and is improving all the time.
“We’ve signed a two-year contract with her because we have full confidence that within the next two years she will become a good international rider and a good addition to our team strategy. We believe she’s a rider who can grow very fast. She doesn’t just have the talent but she has the will to make it to the top and it has been exciting talking to her.” 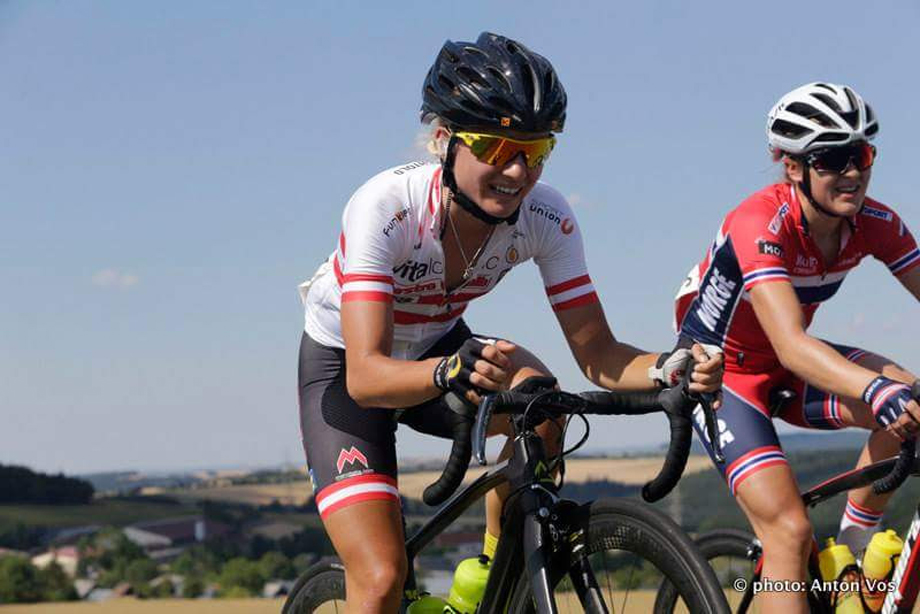