The Axeon Hagens Berman Cycling Team rolls to the start of its domestic calendar Friday when the San Dimas Stage Race begins in California.

The three-day race begins with a 4.25-mile uphill time trial in the San Gabriel Mountains. Saturday is an 84-mile road race on laps of a 7-mile circuit, followed by an 85-minute criterium on a six-corner course on Sunday.

Curran will be making his fourth start at San Dimas. Though his training has gone well, the first races of the year are always a bit hard to judge, he said.

“In the first team race of the year, it is important that we communicate well throughout,” he said. “With new guys on the team, it can take a few races to get everything done perfectly. But I am confident we will work well together. After that, everyone is very strong and knows what needs to be done to win.”

One of those newcomers has already produced results. Powless scored wins in California at the UC Merced Road Race and Copper Town Square Circuit Race. He was runner-up at the Snelling Road Race.

“I was a mountain biker until last year, and because I have a different race schedule than last year I am able to race in San Dimas,” he said. “I am excited about it because it is a large race in my home state as well as one of two solid races back-to-back in Southern California (along with the Redlands Bicycle Classic). As for the first team event of the year, it gets my blood pumping a bit harder for sure. Racing with a full team opens up a lot of opportunities as far as tactics go, and with the group of guys we have, I am sure it will be a good bit of fun.”

The third Californian on Axeon’s roster, Oien, first competed in this race as a 16-year-old. Now, 20, he said he has watched the race grow in stature.

“This is a great opportunity to compete in a local race I grew up doing,” he said. “It is also awesome to race in front of the local cycling community that has shown me so much love over the years. My training has been good and the weather is beautiful, as always. I have been doing some local racing and that is always fun. I hope to showcase some solid early season form.” 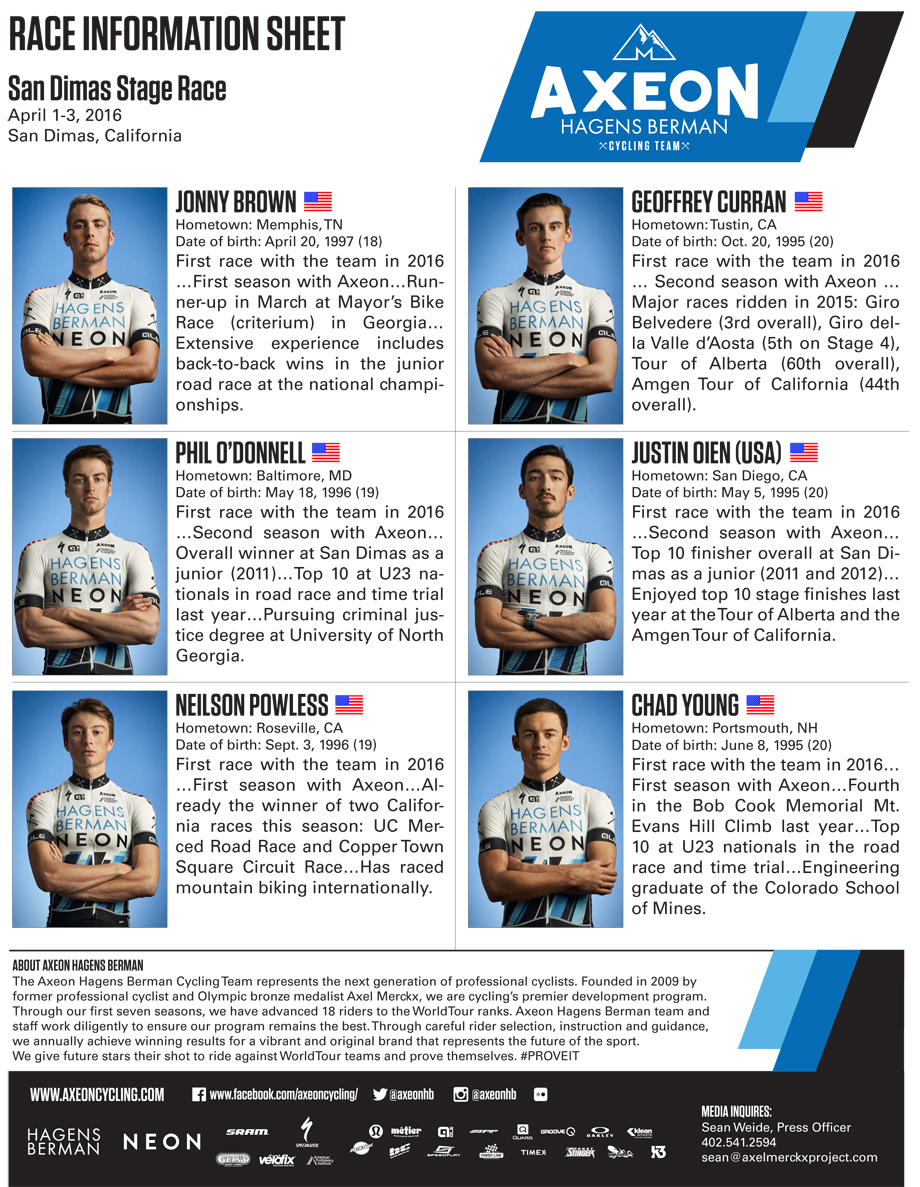