“I don’t think I have ever seen seven guys from the same team in the top 10 of a race, including the first four,” Axeon Hagens Berman Sport Director Jeff Louder said. “It is pretty impressive and a testament to the depth of this program – and to the guys’ talent and hard work, the equipment, the staffing and all the great support. It is pretty rewarding to see how everyone helped put this together.”

Under sunny skies and in nearly perfect weather conditions, Curran won for the first time this season in dominant fashion. He was 37 seconds faster than Powless, who has won two time trials this year, finished ninth overall at the Amgen Tour of California and leads the USA Pro Road Tour standings.

“I am super excited for Geoffrey,” Powless said. “He has helped me in pretty much every race this year and I am really excited to see him on top of the podium. Most of my successes this year have a direct relationship to the work he has put in for me.”

Curran said he spent a solid week of training on his Specialized Shiv time trial bike to prepare for the 42-minute and 37-second effort that earned him the gold medal.

“I felt really good,” the Tustin, California, resident said. “I just started nice and easy and as it carried on, I tried to hit the number I had set and keep going with it. During reconnaissance, I found some places to really hit it. So I went really hard on the part that stretches back toward the main part of the course. Then basically on the way back, it was 14 minutes of 100 percent effort.”

The victory equated to a team-record seventh national title this year for Axeon Hagens Berman and the team’s 24th win overall.

Costa finished 45 seconds back of Curran to reach the podium in his first nationals outing in the Under 23 ranks. The overall winner of the Tour de Bretagne and Stage 4 time trial at the Tour de Savoie Mont-Blanc this year was runner-up at the world time trial championships as a junior the past two seasons.

Friday, Axeon Hagens Berman will enter 11 riders in the 177-km Under 23 road race that comprises 23 laps of a circuit.

“It is pretty tight and real twisty,” Louder said. “There are not a lot of long views. It should be an interesting race and a race from the front. I don’t think a lot of people will fit on a course like that.” 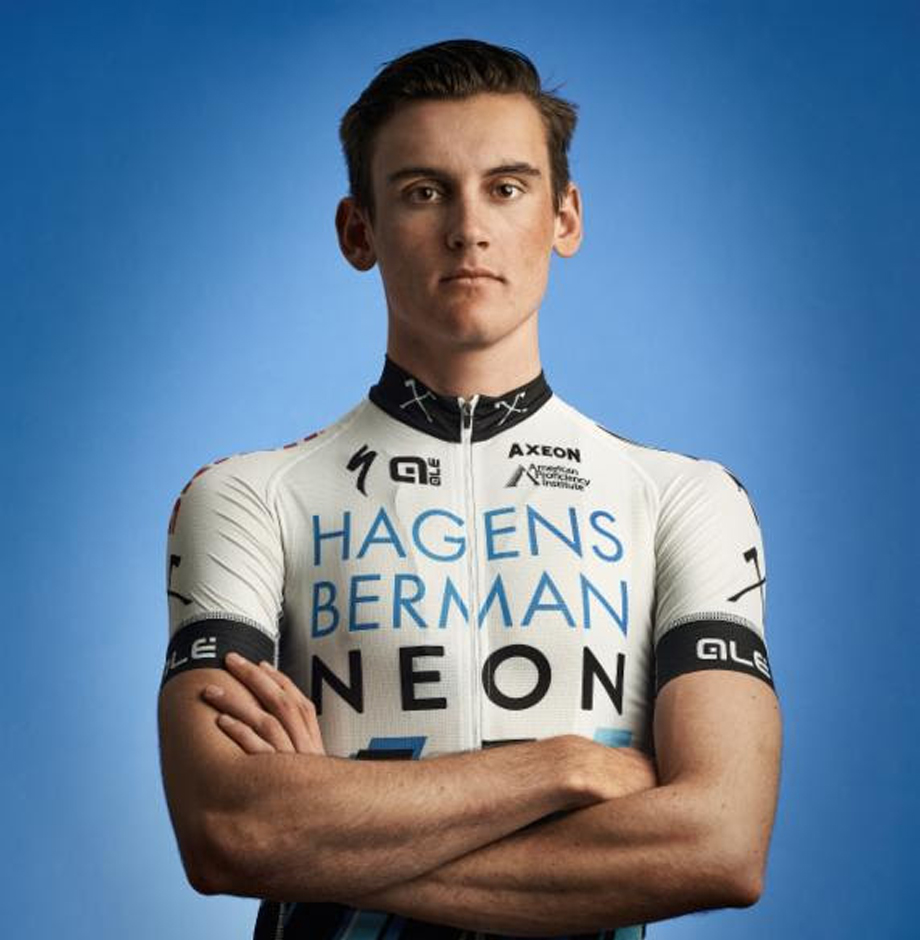