Three Off To The WorldTour
At least three riders from this year’s Axeon Hagens Berman Cycling Team are making the jump to the WorldTour ranks, continuing a tradition that began with the team’s inception in 2009. 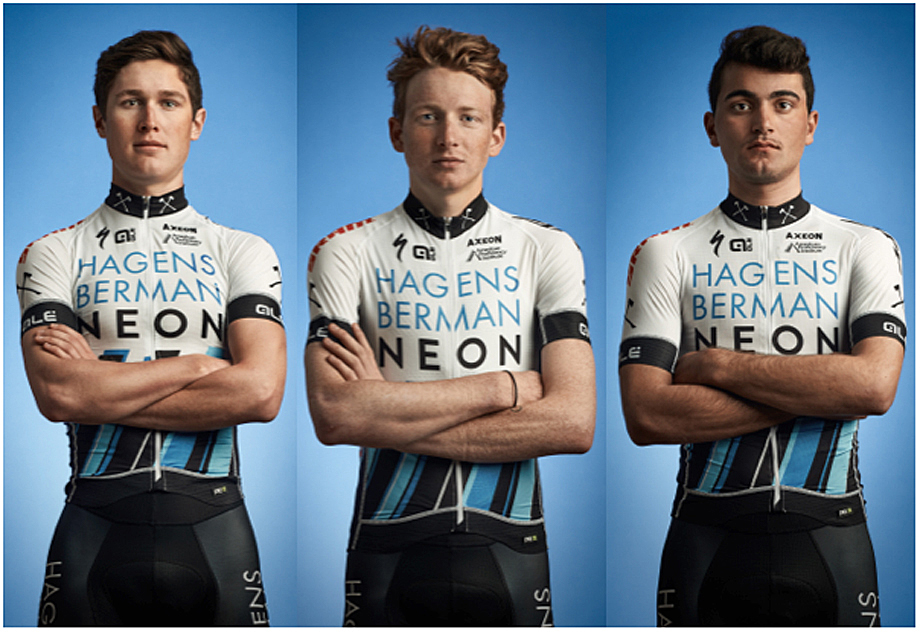 Geoghegan Hart is headed to Team Sky while Daniel and Guerreiro will both ride for Trek-Segafredo next year.

Merckx said with a combined eight victories between the three this season, it is no surprise where the trio is headed.

“These guys have all been developing so well the past few years,” Merckx said. “Now they are all coming into the maturity of moving up and reaching a level where they are proving to everyone that they are strong riders and able to win races, motivate their teammates and make everyone around them stronger. That is exactly what we mean when we say ‘Prove It.’ ”

The three promotions to the WorldTour are the most the program has enjoyed since the 2010 and 2013 seasons, when five riders each of those years earned top-level contracts. 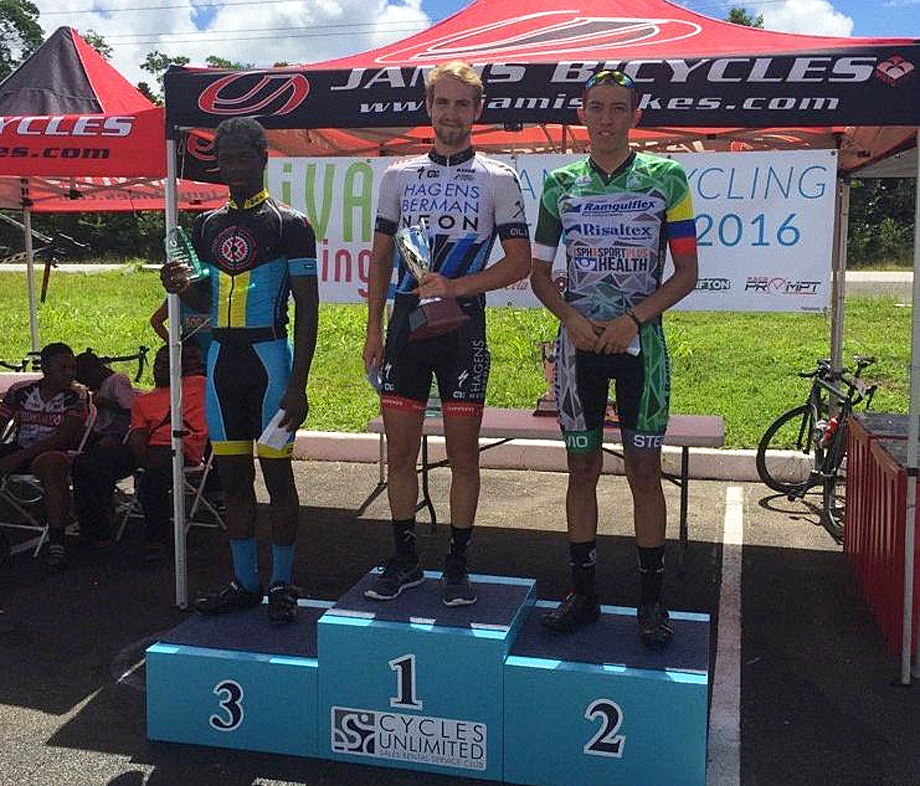 Brown Wins In The Bahamas
Jonny Brown scored the Axeon Hagens Berman Cycling Team’s 26th and 27th wins of the season when he captured a stage and the overall title of the VIVA! Bahamas Cycling Invitational Sunday, August 14.

The 19-year-old from Memphis, Tennessee, made up a 25-second deficit in last Saturday morning’s 10-kilometer time trial, the opening race of the two-day event, by soloing to win a 60-kilometer circuit race that afternoon.

“With a kilometer to go, everyone hesitated and I started looking around to see who wanted to lead it out,” Brown said. “I knew this was the time to attack. I went for it and soloed to victory by eight seconds over the breakaway and two minutes on the field.”

Heading into the final 130-kilometer road race, Brown was tied for the lead with fellow American Gaelen Kilburn (Hot Tubes Junior Development Team). But Kilburn did not make the day’s decisive split, leaving Brown – who had no Axeon Hagens Berman teammates at the race – to defend the virtual lead on his own.

“About nine kilometers out, I attacked the breakaway and got a reasonable gap quickly,” he said. “But with about three kilometers to go, I really started feeling my legs and the grueling Bahamas heat and humidity. My speed started fading. With about a kilometer-and-a-half to go, I got caught but finished about five seconds off the break and eighth on the stage, which was enough to win the overall.”

In addition to earning his first two wins of the season, Brown also counts a runner-up finish at the Union City Mayor’s Race in March in Georgia and a fourth-place in the road race at the Subaru Sea Otter Classic in April in California among his results in his first season with the team.

“I am happy with it,” Brown said of his most recent performance. “A stage win and the yellow jersey. It is always nice going down to the Bahamas. It is the perfect mix between hard racing and plenty of relaxation on some of the most beautiful beaches in the world.”

Away From Axeon
Five Axeon Hagens Berman riders have earned spots on USA Cycling’s squad for the Tour de l’Avenir, one of the most prestigious stage races of the season for riders in the Under 23 ranks.

What’s Up Next?
The Tour of Alberta, which begins Sept. 1 in Lethbridge, is the final team race of the season for Axeon Hagens Berman. The team’s roster for the five-day event will be announced next week.

Take a look back at our #PROVEIT performance at the Larry H. Miller Tour of Utah.