The seven-rider, star-studded line-up of Will Barta, Adrien Costa, Eddie Dunbar, Neilson Powless, Chris Lawless, Ivo Oliveira and Logan Owen will be put to the test at the three-day, four-stage race of Triptyque des Monts et Châteaux when it begins Friday in Belgium. 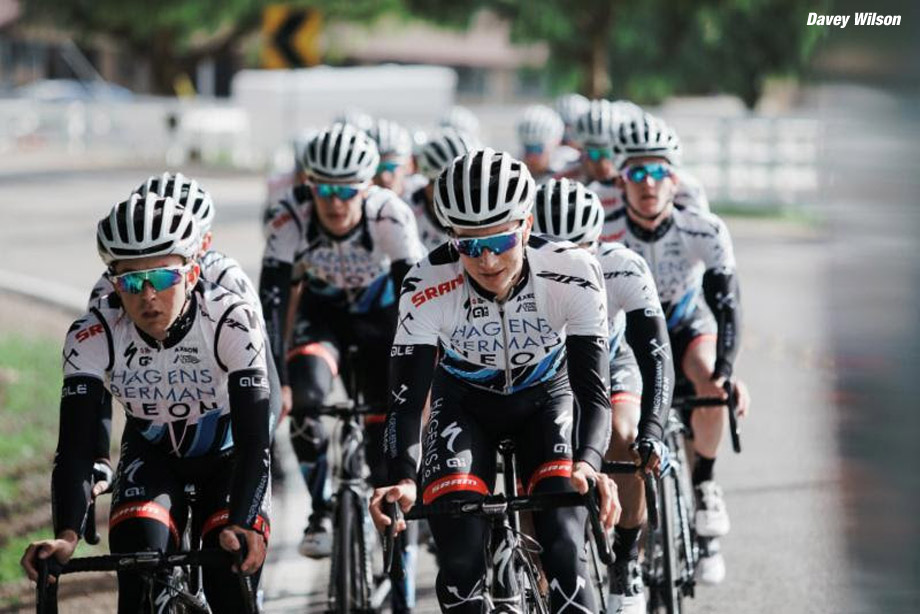 Americans Will Barta (left) and Neilson Powless are part of the seven-rider squad the Axeon Hagens Berman Cycling Team is sending to the three-day, four-stage race in Belgium

It is the shortest race of the four – Sunday’s 10.3-kilometer individual time trial – that is expected to be most decisive, Axeon Hagens Berman Sport Director Koos Moerenhout said.

“We have a very strong lineup,” Moerenhout said. “It is important not to lose any time in the opening stages and then, normally, the individual time trial will be decisive. Along the way, there are time bonus sprints, so that will also be something to aim for.”

Dunbar, the Irish Under 23 national time trial champion, said he enters the race feeling refreshed and ready. The 20-year-old enjoyed some time off earlier this month before returning to action last weekend at the Under 23 edition of Gent-Wevelgem, where he finished 16th for the Irish national team.

“I am looking forward to racing this weekend,” Dunbar said. “As always, we have a strong team lining up for it and there are stages that suit all of us, which is good. The time trial stage will be an interesting one as it will be the first one this year for most people.”

“Stage wins are important and we have a couple of riders for that, as well as for the time trial,” he said. “If we perform up to expectations, we will have more than one rider who could contend for the GC (general classification).”

Taylor Phinney (2010) and Lawson Craddock (2011 and 2013) – both former riders in Axel Merckx’s development program – are the last Americans to win stages at Triptyque des Monts et Châteaux, which is now in its 22nd year. Past overall winners include other current WorldTour riders Tom Dumoulin (2011), Lars Boom (2006) and Stijn Devolder (2000).