“With the variety of riders we take to Canada, we hope to be aggressive in the breakaways and score a couple of good finishes,” Merckx said. “All season long, the guys have been proving it in some pretty outstanding and amazing ways. So we expect nothing short of that in our last team race of the year.”

Five stages of racing begin Thursday in Lethbridge and include a time trial on Stage 4 in Edmonton that will be contested on standard road bikes without aerodynamic wheels and handlebars. That is something reigning Irish Under 23 national time trial champion Eddie Dunbar is looking forward to. 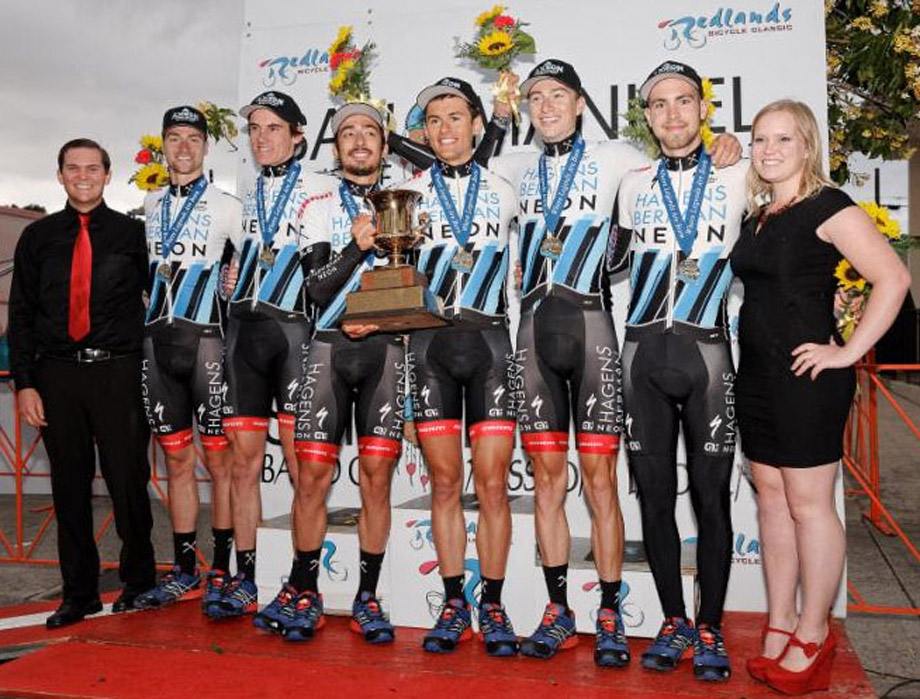 Four of the six riders from Axeon Hagens Berman who helped win the team title at the Redlands Bicycle Classic will compete at the Tour of Alberta. (Davey Wilson photo.)

“If I had to pick one stage that probably suits me most, it would be the time trial,” said the 19-year-old, who turns 20 on Thursday. “I have not done a time trial since nationals, so it will be good to do one in Alberta. And with no time trial equipment allowed, I am sure that will shake things up a bit more.”

U.S. national road champion Greg Daniel had hoped to compete in Alberta for a third straight time, but his collarbone – broken at the Larry H. Miller Tour of Utah earlier this month – is not fully healed.

“Since my collarbone break, I was hoping to return to the Tour of Alberta,” he said. “But with the bone not fully healed yet, it would be risky if I were to go down again. So my next race looks to be the world championships.”

Chad Young is one of five Axeon Hagens Berman riders competing in Alberta for the first time. The 21-year-old, who lives in Golden, Colorado, said he is excited to get the opportunity to race in an international stage race before the season ends.

“I am hoping to assist the team the best I can,” Young said. “Whether that is being in a breakaway, riding the front, or getting bottles, I will be satisfied if I can help the team in a concrete way. I have been a much better finisher lately than I have in the past. So if my legs are feeling good, I may try to get up in some of the sprints as well. Thankfully, after doing the USA Pro Challenge last year, I won’t be in entirely new territory racing the Tour of Alberta.”

Williams, the bronze medalist at the Under 23 national road race, said he has had the Tour of Alberta circled on his race calendar all year.

“It is a race that should suit me well and has a good level, so I’m really excited about it,” the 21-year-old resident of Santa Rosa, California said. “The race Saturday had some good riders and I have had some great numbers in training, so I had high expectations. It will be a bit of a different crew of guys at this race, so I am sure everyone has big ambitions. It should be a fun and exciting week.” 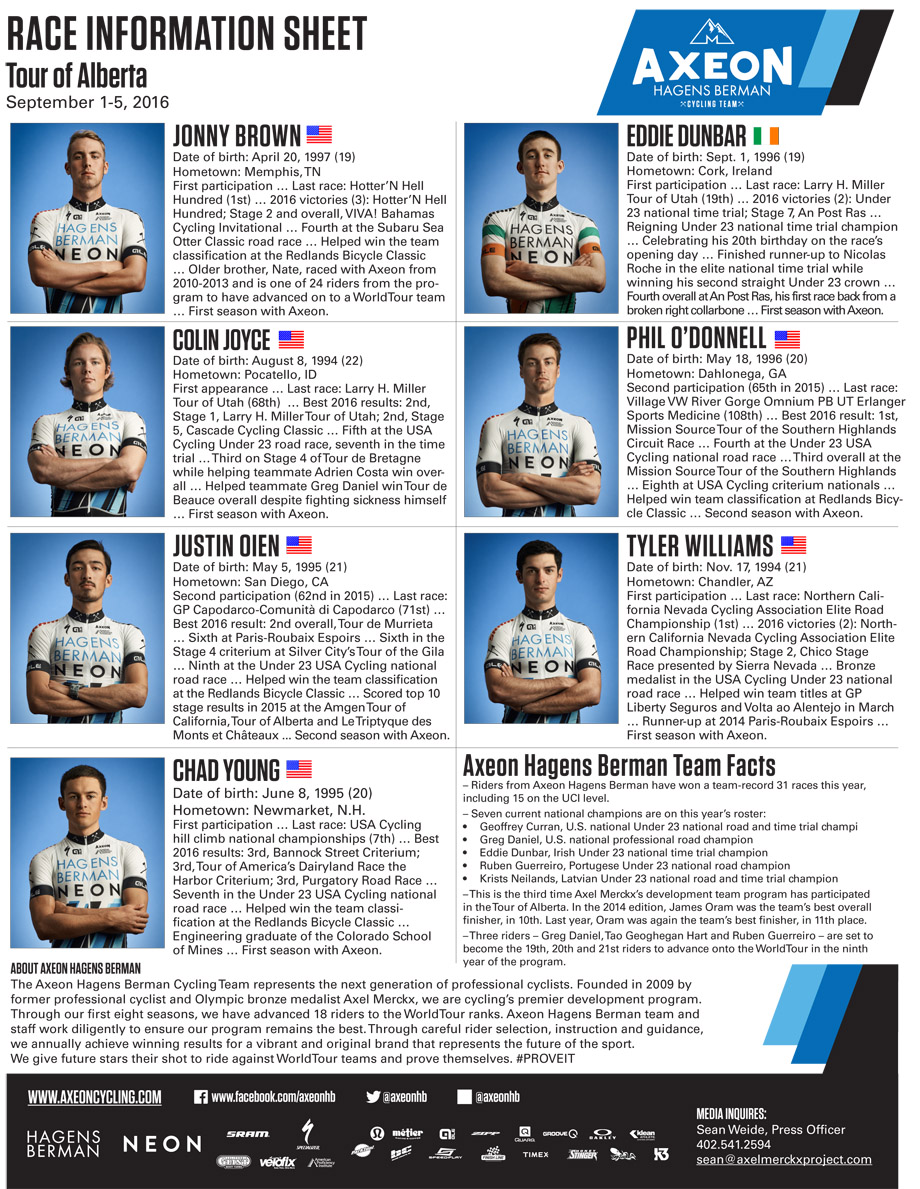 Roster for Tour of Alberta