Jhonatan Narvaez won Axeon Hagens Berman’s seventh UCI race of the season on Sunday – and its first in the United States – by capturing the final-day “Gila Monster” stage of the Tour of the Gila. 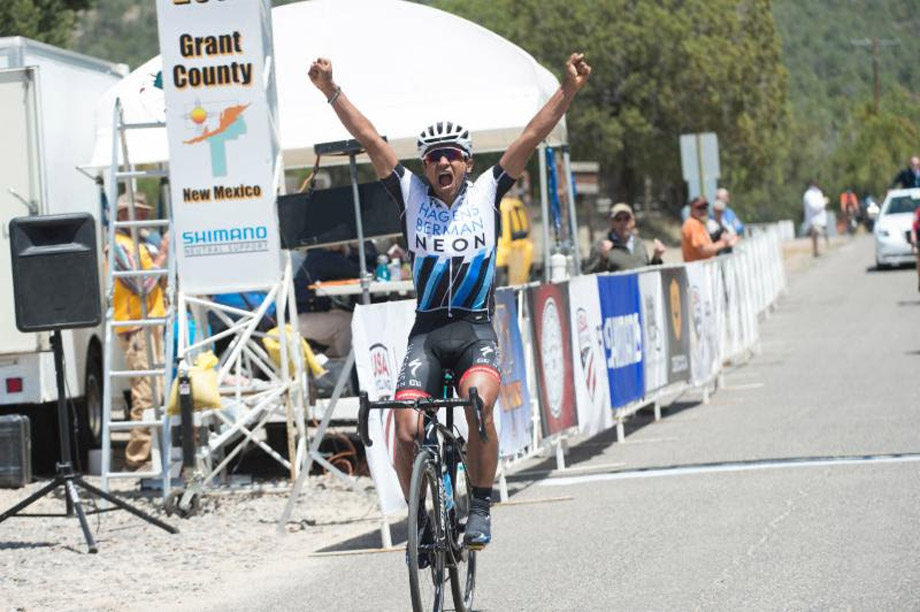 Racing for the first time in the United States, Jhonatan Narvaez won Sunday’s final stage of the Tour of the Gila (Photo by Casey B. Gibson)

The team’s post-stage celebration was muted by news that Chad Young was badly hurt in a high-speed crash while descending a mountain 73 kilometers from the end of the 161.9-km race. The 21-year-old from Newmarket, New Hampshire, was life-flighted to a hospital in Tucson, Arizona, where he was listed in stable condition, with severe facial injuries, as of late Sunday afternoon.

Narvaez Also ‘Best Young Rider’
On the most mountainous day of the five-stage USA Cycling Pro Road Tour event, Narvaez won from an eight-man group that survived three categorized climbs in the final 45 kilometers. Four of the eight riders were from Rally Cycling, including double-stage winner Evan Huffman, who went on to win the overall title.

“It was four Rally guys and Sergei Tvetcov (Jelly Belly presented by Maxxis), TJ Eisenhart (Holowesko-Citadel Racing presented by Hincapie), Jhonatan and Gavin Mannion (UnitedHealthcare Pro Cycling Team,” Axeon Hagens Berman Sport Director Jeff Louder said. “From there, Rally just rode tempo to the finish. No one on their own felt strong enough to do something. But Jonathan played it really smart. I told him to take his chance when he could. He was super patient and jumped with about 250 meters to go.”

Narvaez finished sixth overall while earning his fourth victory of the year. He added to a pair of wins in his home country in January and the overall title at the Circuit des Ardennes International in France earlier this month. The Ecuadorian Under 23 time trial champion also earned “best young rider” honors while helping Axeon Hagens Berman win for the 19th time this year. That total includes seven victories in UCI competition in six different countries by five different riders.

“I am very grateful to my team and sponsors,” Narvaez said. “It has really been a complicated day. I think Rally showed how solid they are with how they dominated the race. I feel I was able to race intelligently and was able to win. I am very happy and feel it has been a tough day. But it is very special for me to have won.”

Crash Involved Young And Anderson
Young’s crash came as he was chasing back after being part of an early 18-man breakaway along with teammate Michael Rice. Young and teammate Edward Anderson both went down on the descent, along with at least four others. Anderson was treated by race medical staff for minor injuries and finished the stage.

Axeon Hagens Berman General Manager Axel Merckx learned of the crash while monitoring the race from his home in Canada.

“At this point, we simply ask everyone in the cycling community to please keep Chad in their thoughts and prayers,” Merckx said.

A third-year member of the Under 23 development program, Young was competing in the Tour of the Gila for the first time and had been sitting 31st overall. In Saturday’s criterium, he finished 11th, behind teammates Christopher Blevins and Rice, who were sixth and seventh, respectively. Prior to the Tour of the Gila, he competed in the San Dimas Stage Race and the Joe Martin Stage Race. He also raced in Europe this spring at the Classica da Arrabida in Portugal . 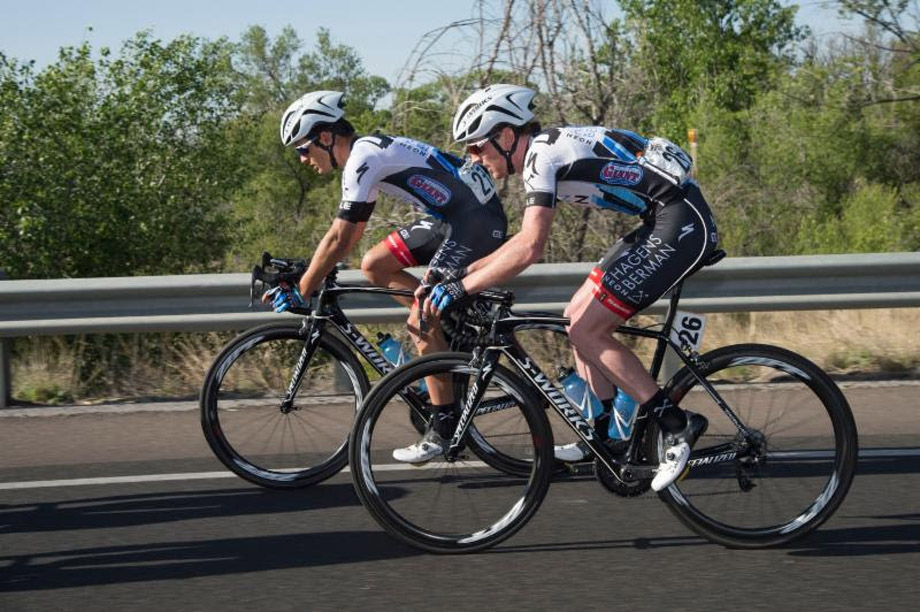 Chad Young (left) and Michael Rice were part of an early breakaway of 18 riders. Young later crashed out of the race (Photo by Casey B. Gibson) 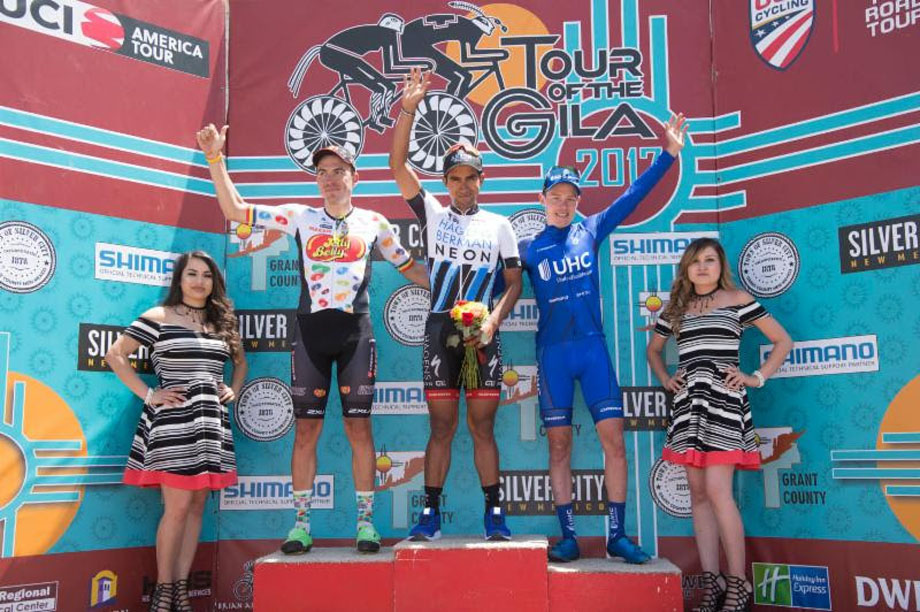 Jhonatan Narvaez (center) won for the fourth time this year while helping Axeon Hagens Berman win its seventh UCI race of the season (Photo by Casey B. Gibson)

World-class Confrontation in the Mountains