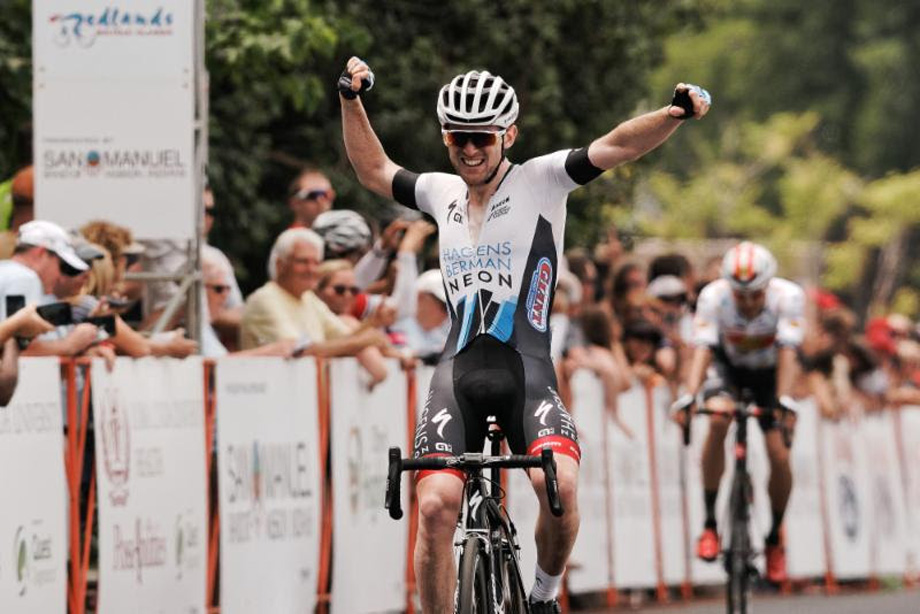 Michael Rice won for the second time this year on Friday at the Redlands Bicycle Classic. (Photo by Davey Wilson.)

It was the team’s 20th victory of the season and came one week to the day that Chad Young succumbed to injuries from a high-speed crash in the final stage of the Tour of the Gila on April 23.

“It has been a real emotional week,” Rice said. “A tough week for everyone. Not just in the team, but I think in cycling in general. So it was really nice to get the win for Chad today. He was a very close friend of mine, actually, so it definitely means a lot.

“The support for Chad has been enormous. It just goes to show how good of a person he was.”

Rice won for the second time this year with help from his four teammates. With only five riders taking the start on Wednesday, Axeon Hagens Berman’s roster was three below the maximum and the smallest of the 25 teams which started the race.

“We were all in for the sprint today,” the 21-year-old Australian said. “I was there and well-positioned by the team. We just kept calm and patient. On the last lap, we used a few guys down the back stretch to put me in the right spot and I had my lead out man, Christopher Blevins, who positioned me well on the climb.”

“UnitedHealthcare brought it all back together with one lap to go,” Louder said. “I thought our guys rode intelligently all day. They all stayed calm and rode in support of each other and executed so well.”

“And hats off to Geoffrey,” Louder continued. “He is really starting to mature as a rider and really thinking well on his own. In the morning meeting, he had some real astute, technical advice for the guys and obviously it paid off.”

Rice scored his other victory of the season on the final stage of the San Dimas Stage Race on March 26. He becomes the team’s fourth rider to have won two or more races this year. 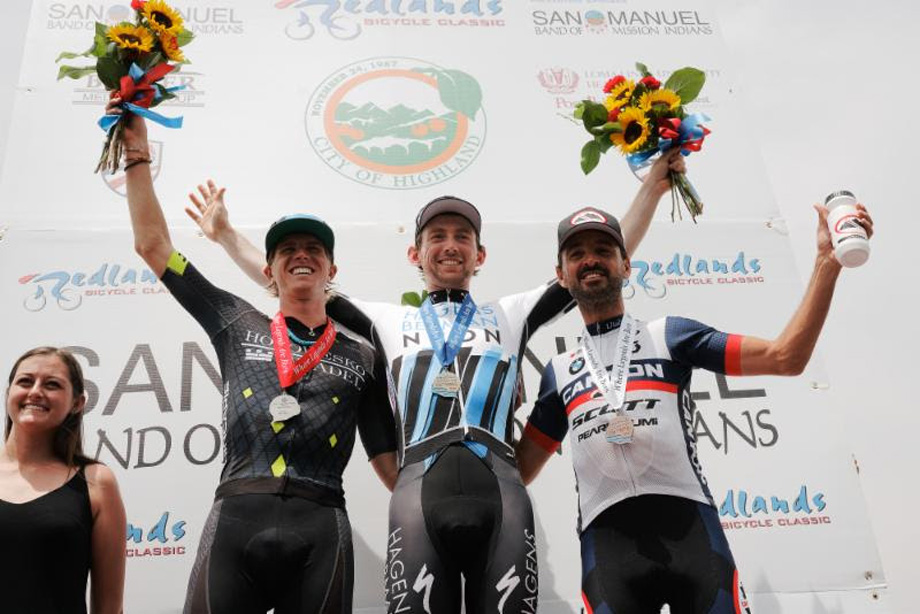