Neilson Powless earned the Axeon Hagens Berman Cycling Team its first victory of the season in the United States with his win Friday in the individual time trial at the Redlands Bicycle Classic.

The 19-year-old from Roseville, California, blazed to an eight-second win over Matteo Dal-Cin and his Silber Pro Cycling teammate, Nigel Ellsay, who was third, also eight seconds back.

Two others from Axeon Hagens Berman placed in the top 15: Geoffrey Curran was fifth, 13 seconds back, and Phil O’Donnell was 12th, at 30 seconds.

Powless’s result jumped him from 16th to fourth overall, 29 seconds behind race leader Janier
Acevedo (Team Jamis), with two days of the race to go. 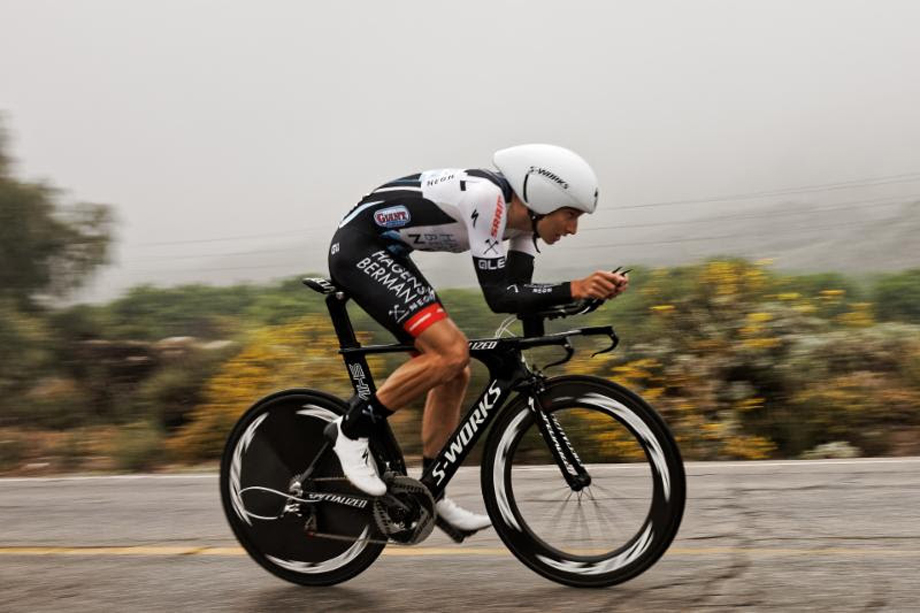 Neilson Powless and his Specialized S-Works Shiv clocked a winning time of 15 minutes and 11.4 seconds on the 11.4-kilometer course. (Davey Wilson photo.)

“I exceeded my expectations for sure,” Powless said. “For a minute, I didn’t really believe it. I could not see my time or speed. I was only glancing at my Quarq power meter every now and then and just giving it all I could.”

Powless said he did not let a steady mist break his concentration as he powered his Specialized S-Works Shiv along the 11.4-kilometer out-and-back course.

“The rain hurt my eyes a little bit on the only descent on the way out because I had taken my visor off,” he said. “Jonny Brown, who finished earlier, told Geoffrey and me that the road was pretty rough. Being able to see where your front tire was going was very advantageous.”

Curran also made a big move in the overall standings. He climbed from 24th to seventh overall, and is 50 seconds back. O’Donnell is 11th overall, 62 seconds behind.

Powless’s win was his first in a USA Cycling Pro Road Tour event and his third of the season. In February, he won the Copper Town Square Circuit Race. In March, he won the UC Merced Road Race. He was runner-up at the Snelling Road Race in February, and last week he finished fourth in the time trial at the San Dimas Stage Race.

Axeon Hagens Berman Sport Director Jeff Louder, who won the Redlands Classic himself in 2009, said the team will have two objectives for Saturday’s 90-minute criterium on a 1.6-km course.

“One is to protect Neilson and make sure he does not lose time,” Louder said. “The other will be to race aggressively and go for results.” 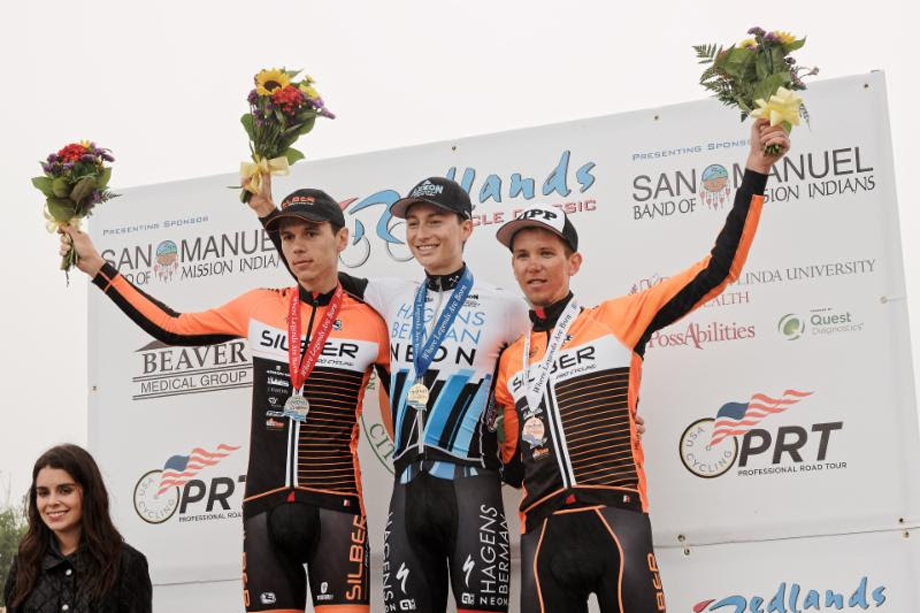