Last year was Sonny Colbrelli to raise his hands under the finish line in Varese. In 2015, it was the turn of Vincenzo Nibali to get first in the center of the Lombard city.

Tomorrow, the Team returns on the streets of Varese’s province for the Tre Valli Varesine’s 97th edition. The start will be given in Saronno with arrival in Varese after 193 kilometers. The route is the some of last year with, in the finale, the traditional city circuit: 12.8 km to be repeat for 9 times.

“It’s a race I always liked” – says Sonny Colbrelli – “you need to be fast but also able to withstand climbs. I come from the second places of the Sabatini Cup and the GP Beghelli and I hope it is a good time to return to victory”.

“The last week races in Tuscany and Emilia” – comments Vincenzo Nibali – “gave me the signals I was looking for. I’m ready for this two last races of the season. The main objective is always Il Lombardia but I want to ride also a great Tre Valli too “.

“The Tre Valli” – explains SD Alberto Volpi – “is a race that offers so many solutions. Vincenzo won it two years ago by arriving solo in Varese; Sonny has beaten everyone in a small sprint. In other words, we have a good team for tomorrow’s race!”. 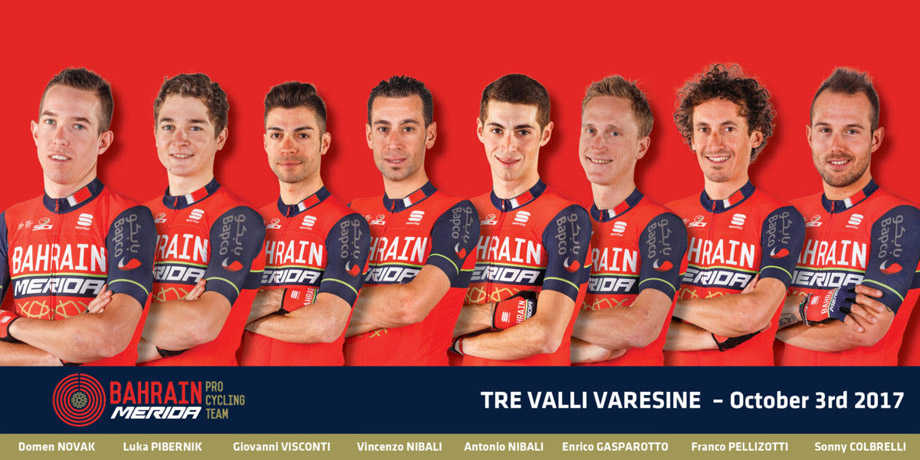